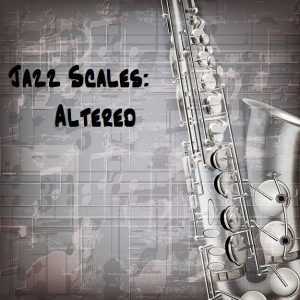 When we listen to, study, or discuss music from a compositional or improvisational standpoint, we frequently talk about a technique called “tension and release”. What this refers to is a method for developing variation in music. It’s an approach to create interest in order to prevent a piece of music, or an improvised solo, from potential monotony; to keep music from being boring. 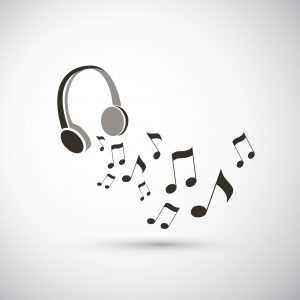 How do we accomplish this? I hinted at it in the past couple of articles I wrote on scales. The dominant chord can be altered however you want. The more it is altered, the tenser it will sound. A V7 with no altered tones creates the least amount of tension. It still creates tension because it feels like it needs to resolve to the I chord, but the tension is minimal. To create a more tense sounding chord we could alter the V7 chord to be a V7(#11), V7(b9), V7(#9), V7(#5), etc.

We’ve learned a couple of the scales that correspond to the altered dominant chords. The diminished scale alters the ninth; the whole tone scale alters the fifth. There are also other ways to alter the dominant chord. You could use some common chord substitutions (tritone sub, minor third sub). Although, chord substitutions are really just a different means to get to the same end.

The altered scale is the most dissonant sound you can apply to the dominant chord without sounding wrong (technically, holding out a major seventh or a perfect fourth on a dominant chord may be more dissonant, but they’re also not functional (as more than passing tones) and not in the tradition, making them sound completely “wrong”).

For reference, the altered scale is also sometimes referred to as the altered dominant scale or the diminished whole tone scale.

Unlike the diminished scale and the whole tone scale, the altered scale is not a symmetric scale, so we can’t simply think of it intervallically; we have to figure out another way to analyze the scale. There are a couple of ways to think about the construction of the altered scale.

As per usual, you should practice the altered scale as you practice any other scale: in its full range, thirds, triads, etc. In addition, I’ve written out a few examples for you to practice in twelve keys:

The third example is based on a diminished scale exercise we went over a couple of articles back. It’s a little more complicated because there aren’t an even number of notes. Also, it has to be practiced in twelve keys since the altered scale isn’t a symmetric scale. I think it sounds pretty cool, though. It’s one that I use often when improvising.

A concept that I introduced in the last article is using the blues as a tool for practicing and applying scales that alter the dominant chord. This is an effective practice method because the blues progression is both familiar and comprised of all dominant chords. It’s a quick and practical way to get your ear familiar with a new sound. A blues progression utilizing the altered scale would look something like:

I’ve also written out an example that applies the altered scale to the standard “What Is This Thing Called Love?”:

In this example, I substituted the dominant chords with altered dominant chords (as opposed to the usual dominant with a flat or sharp ninth). This example uses one of the altered scale exercises from above and shows how it can be resolved to either a minor chord or a major chord. 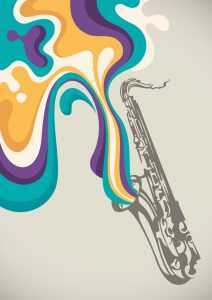