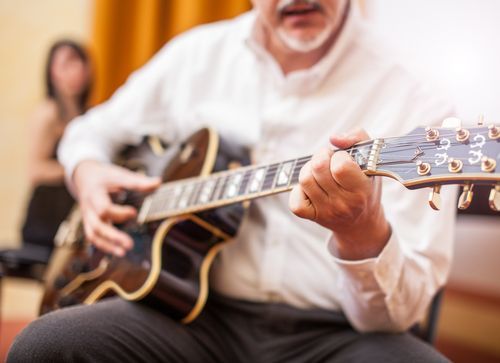 A while back, I wrote a mini-series highlighting some of the most popular jazz scales. My guess is you probably haven’t quite mastered each of those scales yet. That’s okay. I’ve been diligently practicing them every day for the past 10+ years and still haven’t mastered them. The point is, you’ll never perfect a scale. How would you even measure that? Plus, that would take all the fun out of practicing it. What helps you become a better musician is being aware of, and proficient at, many scales. There are way more scales than the five or so I wrote about previously. The more scales you have in your arsenal, or your ‘bag’ (as jazz musicians call it), the more successful you will be on the bandstand. Even in their most basic application, pentatonic scales are arguably the most versatile scales across all genres of music.

Many musicians are only aware of the major and minor pentatonic scales. They are, by far, the most prominently used pentatonic scales, across all genres of music. But there are several other useful pentatonic scales that are good to be aware of. The names I’ve chosen to use are more or less arbitrary, and just used as descriptors and so I can refer to them later in this article.

Over a C triad or an A-7 chord, the C major pentatonic sounds correct. All the notes fit, but the chords themselves are as vanilla as it gets. Which isn’t a bad thing. You can use the same C major pentatonic over an Fmaj9 chord and the same scale ends up sounding very different. Then you can get into more colorful chords, like a Bbmaj9(#11) or a D9sus. If you play the C major pentatonic over an F#7 chord, you can get the altered sound. Very good for tension and release when resolving from dominant to tonic. As you can see, this one scale can be played convincingly over a bunch of different chords.

A useful exercise is to look at a chord and try to figure out which pentatonic scale, or pentatonic scales, would sound good over that chord. Eventually, you’ll be able to do this on the fly.

As for practicing pentatonic scales, you can practice them the same way you practice most of your other scales. Think about all your major scale exercises. You can practice pentatonic scales straight, in ‘thirds’ (that aren’t really thirds), in ‘diatonic triads’ (that aren’t really diatonic triads), etc. One of the cool things about pentatonic scales is that these exercises actually sound interesting. They sound interesting because the intervals are wider and varied. Playing a scale in ‘thirds’ is actually playing a scale in a combination of thirds and fourths. Here are a few basic exercises:

This is more or less just playing the scale straight, but in a way that doesn’t sound so mechanical. You can also try varying the rhythm when using it while improvising.

This example is just playing the pentatonic scale in straight ‘diatonic triads’. It ends up having wide intervals and sounding sort of angular.

The pentatonic scale can be easily applied to many styles of music. It’s one of the most versatile scales. There are a variety of possible applications for improvisation, from very simple to complex.

The most simple way, as I referenced above, is applying the scale to songs that have a simple progression and that stay in the same key. These can be pop songs, funk songs, rock songs, etc. You can use the major or minor pentatonic scale the same way you use the blues scale, blanketing one scale over the entire progression. This is the most simple application, but it doesn’t mean it can’t be done well. Listen to Bobby Keys’s solo on “Can’t You Hear Me Knocking” by the Rolling Stones. It’s interesting and captivating to listen to, but consists almost entirely of notes in one pentatonic scale. Try listening to some of your favorite songs and figuring out which major pentatonic scale you can blanket over them. It’s fun to solo over your favorite songs. And it’s good practice for when your on a pop gig and the band starts playing a song you don’t know.

There’s a cool way to use the pentatonic scale in an ascending half-step progression over a ii-V-I progression. You start by using a major pentatonic scale based on the seventh of the ii7 chord. Then, go up a half-step for the V7 chord, and then up another half step for the I chord. This is an easy way to achieve both sequence as well as tension and release. It’s easy to play a sequence because you’re using the same type of scale. You could repeat 12356532 over each chord, as I illustrate in the example, or you could (and should) use a more complex sequence. The tension and release is built in. The first scale over the ii7 chord sounds very consonant, the second scale over the V7 chord sounds very dissonant, and the third scale over the I chord sounds consonant again.

When practicing, you should experiment with using the pentatonic scale in all of these different applications. The scale has the potential to be extremely versatile, if you know how to use it in multiple contexts.

There have been a few times in my life when the pentatonic scale has made certain impressions on me. I remember sophomore year in college, I was all about learning ii-V-I licks. I could play any jazz standard convincingly using bebop language. But when it came to soloing over modal jazz or soloing over funk or pop songs, I was at a complete loss. There was another saxophone player I knew who could just “shred” over any funk or pop tune. I didn’t understand what he was doing at the time, but remember being very impressed. Looking back, he was probably just playing pentatonic scales. 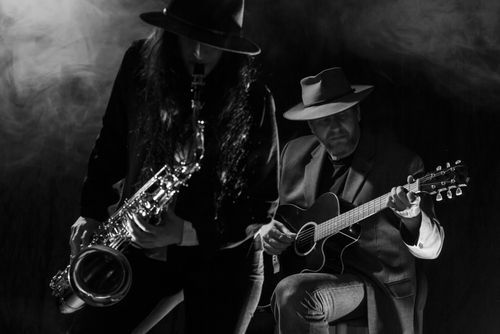 When I started playing music professionally, I was performing a lot of society dance book music; old jazz standards arranged for a medium-large ensemble. This stuff was right in my comfort zone. I felt totally comfortable soloing over that music. I was playing alongside another saxophone player (who was about 5 years older than me), who made a comment that stuck with me. He said something along the lines of, “Man, I don’t have any bebop language anymore. All I can play are pentatonic scales.” What he was getting at was that, playing professionally, he got much better at pentatonic scales at the expense of his jazz language.

The moral of the story is: the pentatonic is a great, useful, versatile scale. It’s easy to learn and pretty easy to make sound great. It can be easily applied to a variety of musical genres. It’s a scale you’ll use very often if you play music outside of the jazz idiom. But, if you wanna keep your jazz chops together, you shouldn’t neglect your other scales!