If you’re a songwriter, you might find yourself getting stuck in the frustrating routine of writing the same boring chord progressions over and over again. Our brains are designed to develop and maintain habits, and this can result in writing the same types of predictable music over and over again. But if you take the time to learn just a few basic music theory concepts behind something like chord substitution, you’ll be able to approach writing chord progressions in an entirely new and interesting way.

What is chord substitution? 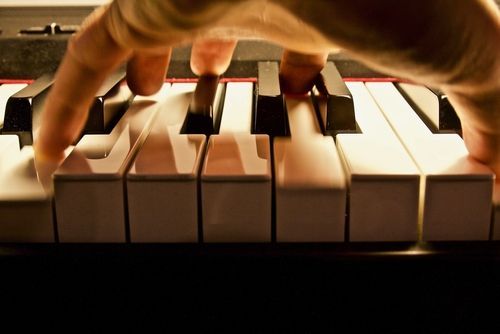 Originally pioneered by jazz composers, chord substitutions are now widely used by writers working in many genres. They’re a great way to take routine chord progressions to new, unexpected places without altering the character or feel of a section of music.

In the key of C major, a C major 7th chord can easily be substituted with both A and E minor 7th chords. The notes in common between chords here are highlighted in red: 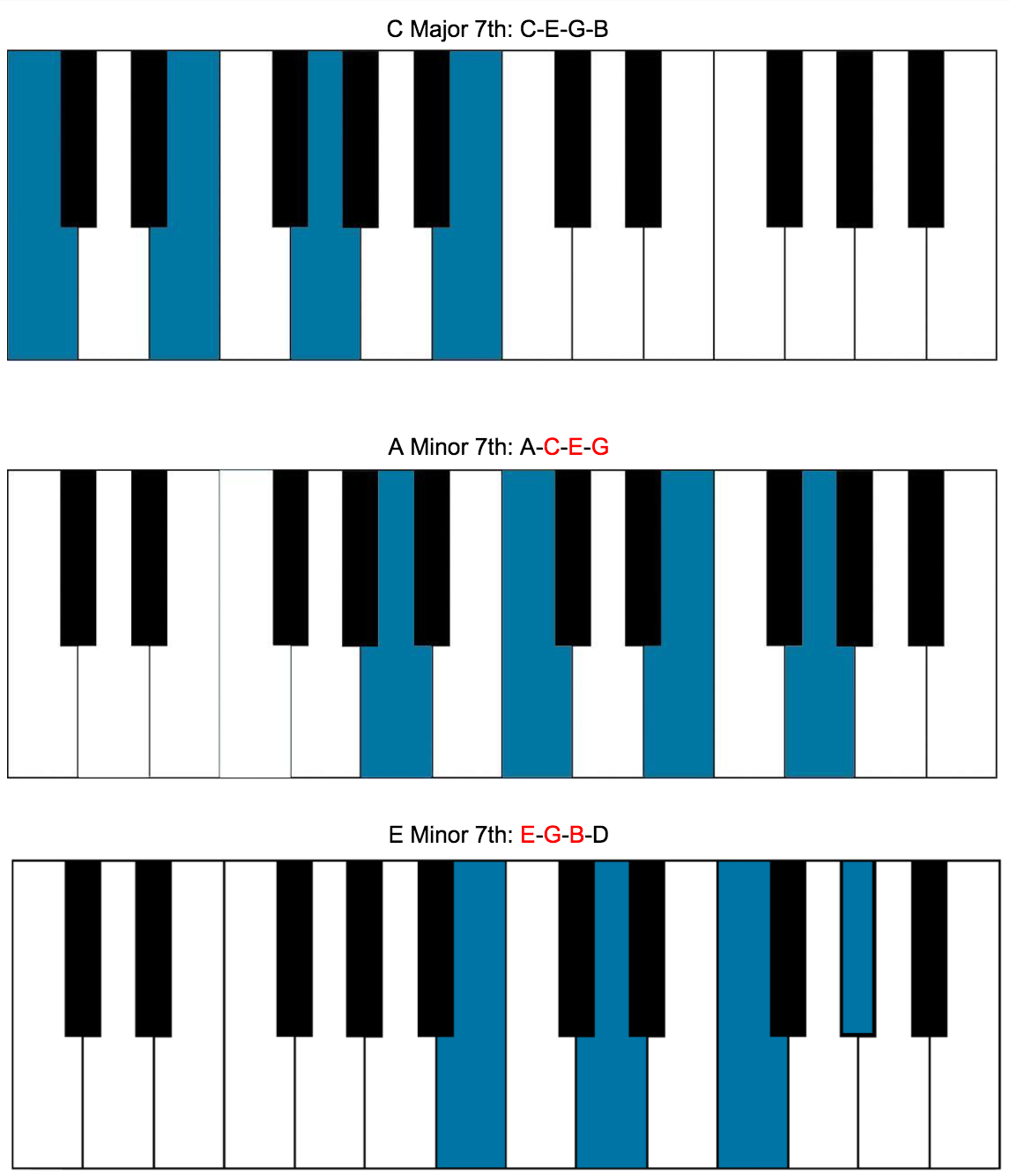 Composers and songwriters often toy around with substituting the dominant 7th chord with the ii7 chord of a major key. In the key of C major, the dominant 7th chord’s notes are G-B-D-F and the minor second’s are D-F-A-C. This substitution is a great way to subtly defy the listener’s expectations because of the strong and predictable relationship between the V and I chord: 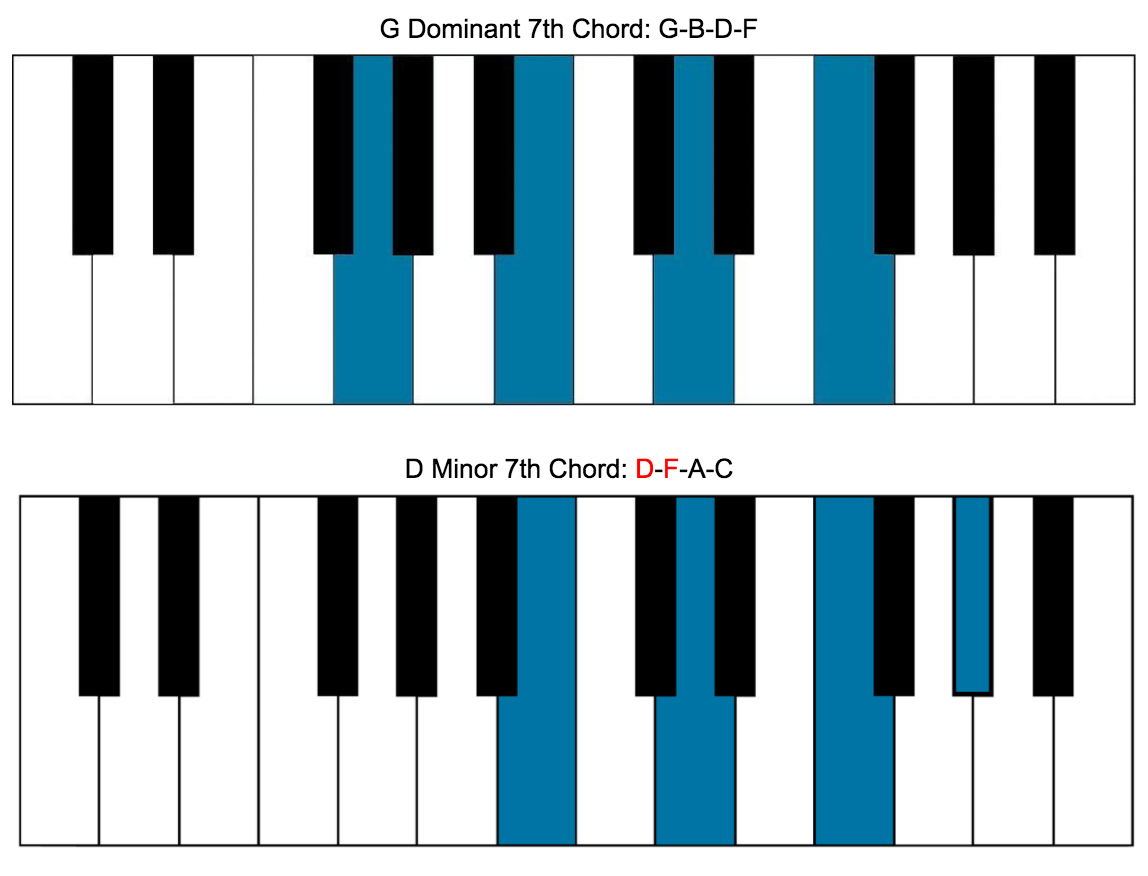 This chord substitution is a great way to deliver more tension and drama to a chord progression. The dominant 7th chord in the key of C major is G-B-D-F which is closely related to the key’s diminished 7th chord which is B-D-F-Ab: 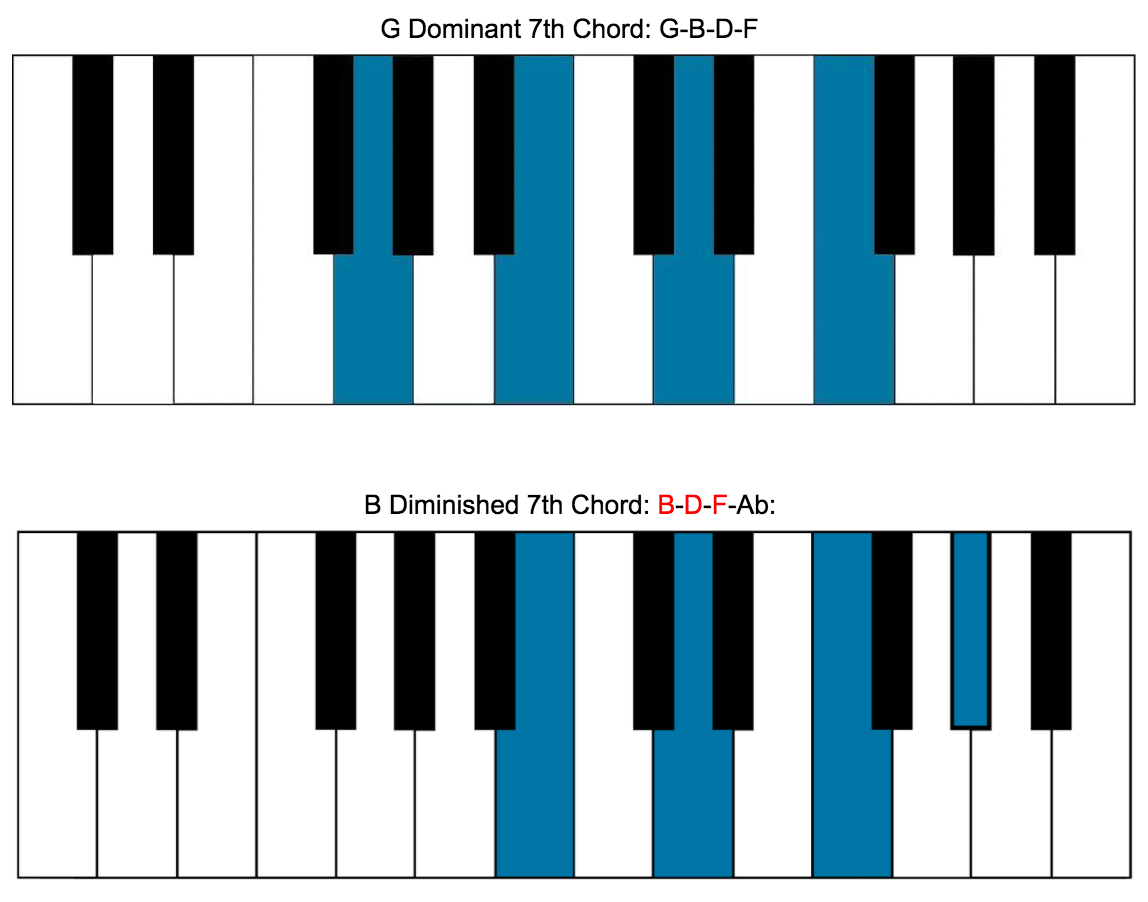 We hope you’ve enjoyed this quick introduction to the world of chord substitution. The examples above are just a few of the many chord substitution options out there. If you need more help understanding this or any other music theory subject, we recommend working with an experienced tutor in your area that specializes in music education. For more helpful articles about music, check out what else we’ve got posted on the Musika Lessons blog.