Music as we know it simply wouldn’t be the same if it wasn’t for chord extensions. Every type of music from sophisticated jazz and complicated symphonic works down to simple blues, rock and R&B and other popular music heavily relies on the unique sound generated by extended chords. In this article, we’ll walk you through each basic chord extension and we’ll tell you how they’re built. We’ll use a keyboard as a visual guide here, but feel free to adapt what you learn to your specific instrument. All of the chord examples in this article are in the key of C, but you should apply what you learn here to other keys when you’re ready to solidify what you’ve learned. 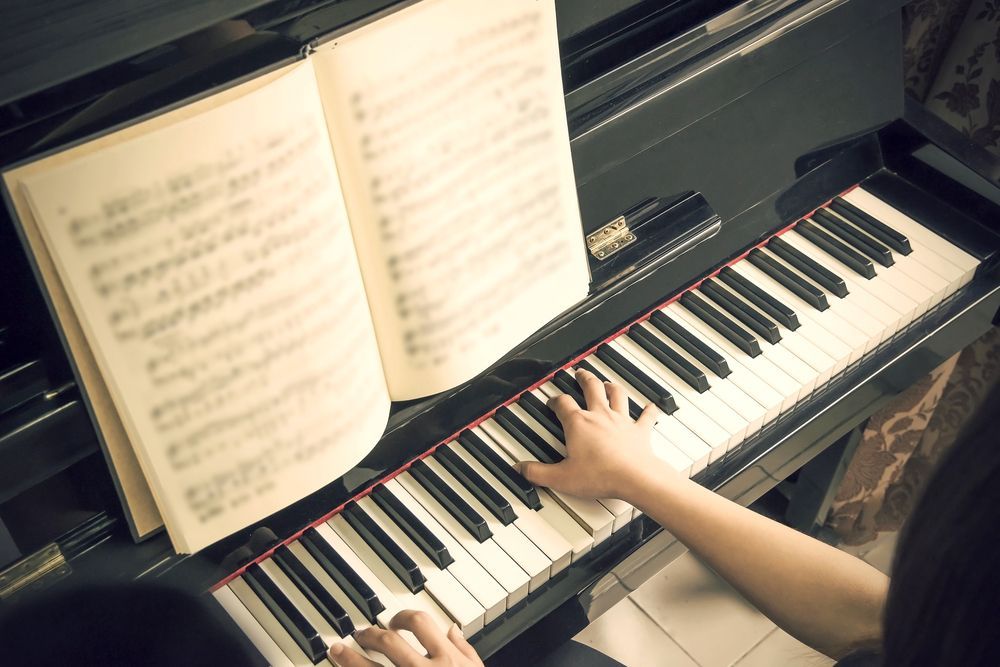 To help you better understand chord extensions, let’s quickly talk about how basic chords are constructed. If you need a more in-depth explanation, check out our article on basic music theory.

Major chords are constructed by adding the intervals of a major third and perfect fifth above the root note. For example, a C major chord would include the notes C-E-G. Minor chords are built in almost the same exact way, except an interval of a minor third is used instead of a major third. A C minor chord’s notes are C-Eb-G. Diminished chords are constructed by adding a minor third and a tritone above the root note. A C diminished chord is C-E-Gb.

Just a reminder, basic chords, or triads, are built using three notes that skip every other note name. A C minor chord will always be C-Eb-G and never C-D#-G, because it’s easier for readers and performers to think of notes as thirds.

There are many extended chords in music, so we’re strictly covering the most basic ones for this article. Again, all of the chord examples here are in C, so adapt what you learn here to other keys when you’re ready.

Dominant seventh chords are found everywhere in music, but are hugely important in blues music because they serve as the genre’s harmonic foundation. These chords sound slightly tense, but not overly-dramatic like diminished chords. Dominant chords are constructed by adding a minor third to a major chord. A C dominant 7 chord is C-E-G-Bb.

Like we mentioned before, there are many more chord extensions to explore, and what we’ve covered here are the most basic ones found in music. For more detailed help understanding extended chords and other music theory topics, we recommend working with an experienced music theory teacher in your area. For more articles about the world of music, check out what we have posted on the Musika Lessons blog.