When a song gets stuck in your head, it can be hard to pinpoint what exactly makes it so catchy. A masterfully crafted melody or drum beat has the power to stick with a listener for decades. We can thank syncopated rhythms for being the mysterious force behind so many of popular music’s catchiest songs. In this article, we’re going to talk about what syncopation is, how to write it into your own music, and where you can hear it in popular music. 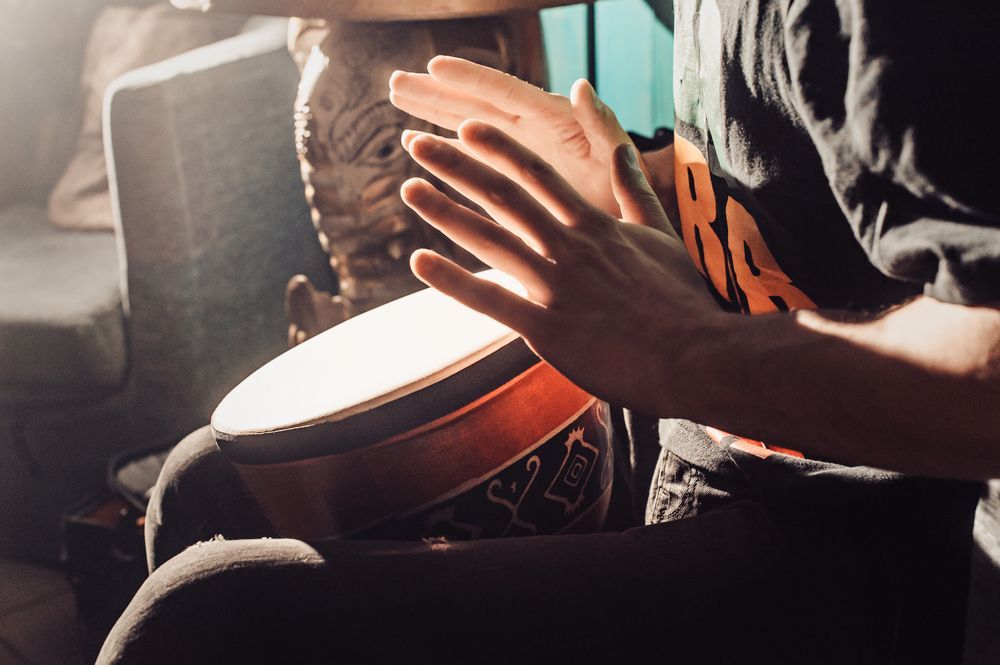 Put simply, syncopation happens when rhythms are played off beat in an unexpected way. The main action of syncopated rhythms occur off the main beats in a piece of music. It might not sound that important, but without syncopation, all music would live in a world of complete rhythmic predictability. Syncopation injects life into all genres of music by adding variety, character, and, in some cases, groove to music.

How to tell if music is syncopated or not

Here’s a similar piece of music but with some unpredictable rhythms added in. This musical example features syncopated rhythms:

How to write syncopated rhythms

So far, we’ve learned that syncopated rhythms are played off beat but also have to contain some sort of unpredictable quality. This means that there is no hard and fast rule about how to write syncopated music. But there are some things we can think about during the writing process to help us write smart and catchy music that’s built off syncopated rhythms.

Write while playing or singing to a metronome

You can’t write syncopated music if you can’t tell where the beat is. It’s absolutely crucial that your metronome is a huge part of your writing process. Like we mentioned before, syncopated rhythms can show up in any instrument, so this advice applies to you whether you’re a drummer, singer, guitarist, or any other musician. 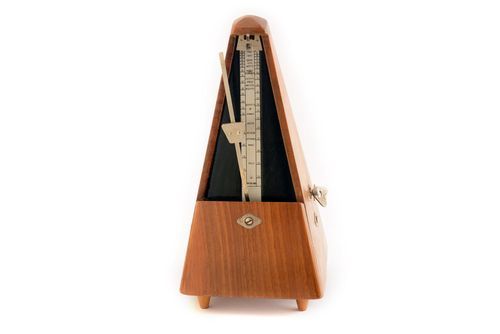 Set the metronome up to play at a desired tempo and take your time improvising over the clicks. Do your best to hear what it sounds like to play on and then off the beat. Normally it’s a good idea to try anything musically new with a slow beat, but syncopated rhythms are actually easier to play and understand at a faster tempo.

Music played at a faster beat has a way of clicking together more noticeably than it does when it’s played at slower tempos. This means that you might have to try things faster than what you’re normally used to writing in order to come up with a syncopated part that really sticks.

Some syncopated parts don’t make sense until the listener hears them over and over again. Successful musical ideas are like characters in a movie or novel. We get more and more familiar with them when we see them throughout the story. The syncopated parts you come up with might work in a similar way, especially if you’re writing for percussion. In music, repetition isn’t always boring. The listener needs something to grab onto, and repeating syncopated rhythms are a good chance for you to draw listeners in with your music.

Intentionally repeating musical ideas isn’t an insult to listeners of your music. It usually takes even the most seasoned musicians a good amount of repetition before they can identify distinct characteristics in music.

If you’re feeling particularly ambitious, try putting the same syncopated rhythms in multiple parts within the piece of music you’re writing. Music becomes interesting when composers and songwriters are able to use and draw out repeating rhythmic and harmonic ideas. Essentially, what you’re doing here is taking the unpredictability of syncopation and you’re decoding it for the listener.

Funk music is a genre defined by its reliance on tight, syncopated drum and bass parts. Like most of America’s original music, the origins of funk lead all the way back to sub-saharan African musical traditions. Appropriated in New Orleans, It borrows heavily from jazz and Afro-cuban musical ideas.

Funk’s influence on popular music is more apparent than ever in the songs being written and released today. Let’s talk about some examples of syncopated rhythms that are found in popular music today.

“Pumped Up Kicks,” by Foster The People

There was absolutely no way you could avoid hearing this cryptic pop hit after it was released in 2011. This song’s syncopation is mainly found in the hook of the guitar line.

Known for his impeccable knack for poetic imagery, the catchy instrumental hooks in Kendrick Lamar’s songs are often built on syncopated rhythms.

Syncopated rhythms can be a difficult concept to wrap your head around, but if you begin to listen critically to the music around you, you’ll soon find it in most of the music you hear. If you need help reading and understanding rhythms, we recommend finding a knowledgeable teacher in your area to work with.

How to Write a Song

Elements of a Song