If composers and songwriters stuck to using only basic chords in their work, the music we know and love to day wouldn’t sound anywhere near as compelling and vibrant. Chord inversions add an entirely new dimension to basic and extended chords, and they’re a great tool for songwriters and composers looking for ways to keep their music sounding fresh and interesting. Everyone from Debussy to Brian Wilson have found ways to make great use of chord inversions in their work, and whether you’re a performer or writer, having a good grasp on what they are and how they’re constructed will help you be better at what you do. 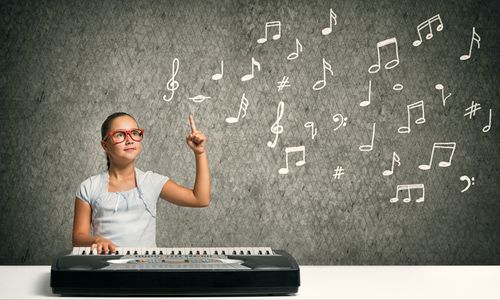 You’ll need to have a general understanding of music theory concepts like intervals and basic chords in order for this article to be helpful to you. If you need help learning about those topics, check out our article on music theory.

The song “God Only Knows” by The Beach Boys is an incredible example of how chord inversions can be used in a song. The verse’s use of inverted chords adds a distinct tension and mood that couldn’t have been conveyed by using only basic chords:

There are two types of basic chord inversions that directly apply to the root, third and fifth notes in basic major, minor and diminished chords. 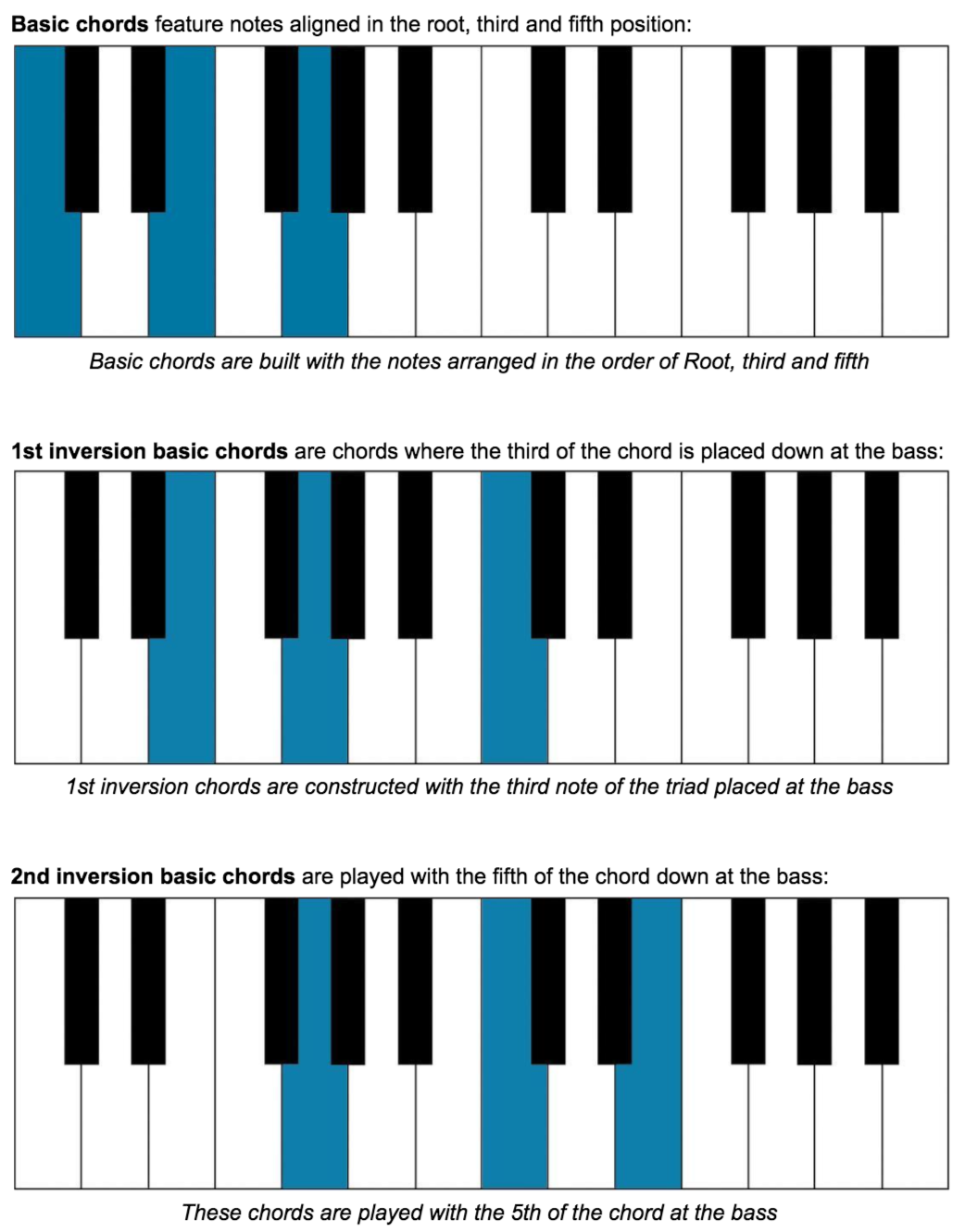 Chord inversions are easier to build and understand on a keyboard then they are on the guitar, but they’re frequently found in guitar music and are hugely important. Whenever you see a guitar chord like “C/G,” you’re seeing an instruction to play a basic C major chord inversion where the C chord is played over the note of G.

Uses for chord inversions in music

Chord inversions are a great way to add a subtle amount of tension and drama to a chord without altering it completely. Adding inverted chords to a chord progression injects new layers of complexity and sophistication that listeners will appreciate even if they aren’t able to pinpoint how inverted chords sound different than normal ones.

1st inversion chords feature an almost ambiguous tonal quality because they can be interpreted as both a minor 6/5 suspension as well as an inverted major chord. Music is usually served well with complex ideas, and chord inversions are excellent for presenting music in interesting unobvious ways. 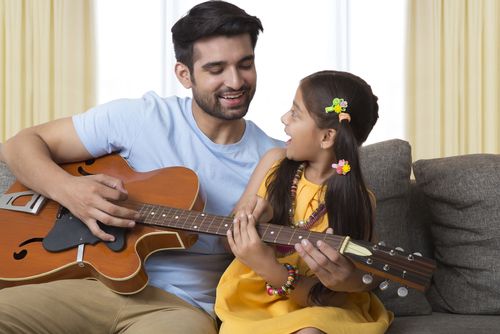 If you need more help understanding complex music theory ideas like chord inversions, we recommend working with a knowledgeable teacher. Many music theory tutors will come right to your home for lessons, and working with a patient, experienced teacher can take your music theory knowledge to places you never thought possible. For more helpful articles about the world of music, check out what else we’ve got posted on the Musika Lessons blog.