When you’re just starting out and learning the fundamentals of playing the guitar and some easy guitar chords, it is both an exciting and frustrating experience. Many of the songs that you want to learn may seem like they’re out of your skill level. And if you want to play with other musicians or start a band, it might not feel like you have the versatility to keep up with other musicians. 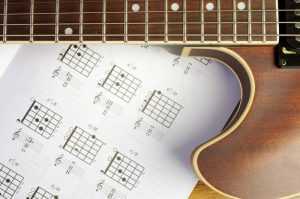 Often, when guitarists first start out playing, they find themselves restricted to playing simple riffs of just a couple notes. It can take time for your fingers to build the strength, dexterity, and resilience to make chord shapes and to hold these chords for long periods of time. Also, it can be incredibly difficult to move between different chord shapes, and to do so quickly enough for the playing to sound natural and musical.

When you’re restricted to simply playing individual notes and riffs, you don’t have the full, rhythmic sound that strumming through different chord patterns can provide. By learning a few of these easy guitar chords and the associated patterns, your guitar playing experience will become much more enjoyable. You will find that you have more fun and flexibility in your playing, and it will become easier for you to play with other musicians or to play a variety of popular songs, all the way through, from start to finish.

So let’s go over the easiest guitar chords to play, and some of the best ways to apply them to your guitar practice.

Power chords are aptly named, because these simple and easy guitar chords create a powerful, rich sound that can be used in a great variety of music. These chords are most commonly attributed to rock music, and they are the staple of most hard rock, metal, punk, and related genres. However, they also have a widespread use and application in jazz, folk, pop, blues, and pretty much any style of guitar playing that you could think of.

The power chord is a simplified bar-chord that allows you to make a driving chord sound with just three notes and two fingers. The power chord can be played anywhere on the guitar neck, and its shape is always the same. By simply moving the chord shape to a new starting fret position, you change the chord altogether. For example, if you play the power chord shape starting on the fifth fret of the E string, it’s an A power chord, also known as A5. If you then move the same chord to the third fret, you will be playing a G power chord or G5. 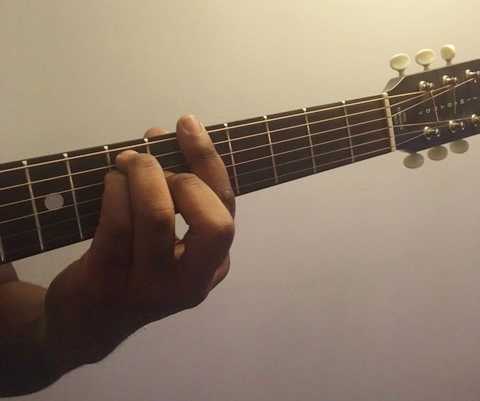 Playing the power is very simple, but it will require you to develop some strength in your index and ring fingers. The simplest way to play these easy guitar chords is to start practicing the A form of it on the fifth fret. Begin by barring the entire neck at the fifth fret with your index finger. Your index finger should run perpendicular to the neck, with the soft inside face of the finger pressing the strings firmly against the neck. Then use your ring finger the bar the A and D strings at the seventh fret. Your thumb should be pressing against the back of the neck, securing your hand to the fretboard. Play the first three strings, E, A, and D, and you will have played the A power chord.

You can then move this chord shape up and down the neck, still starting on the E string. Alternatively, you can move the shape up to the A string, and refrain from strumming the E string. With this simple shape, you can play in any key and cover any chord in the musical spectrum. This is the most versatile chord when you’re first starting out playing guitar.

Open chords on a stringed instrument are chords that are played with one or more of the strings unfretted. Open chords are easy guitar chords to learn, as they provide a full, rich sound without requiring intricate and complex fingerings. Most songs are based entirely on open chords, and while there are many difficult open chord patterns, most of them are quite simple and will allow you to play a great many songs in a short amount of time.

If you learn to play a few important major and minor open chords, you will be able to play most popular songs that you know.

The Gmaj chord is one of the most widely used chords in popular music, and it’s incredibly easy to play. It has a versatile sound that’s perfectly suited to the guitar, and it can be used in nearly every genre of music. The chord is used in guitar favorites such as “Sweet Child O’ Mine”, “Sweet Home Alabama”, and “Wagon Wheel”. 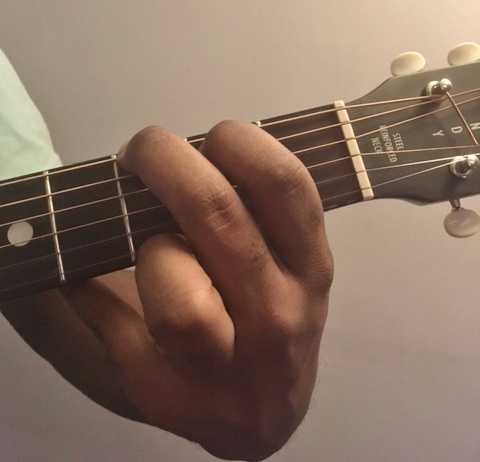 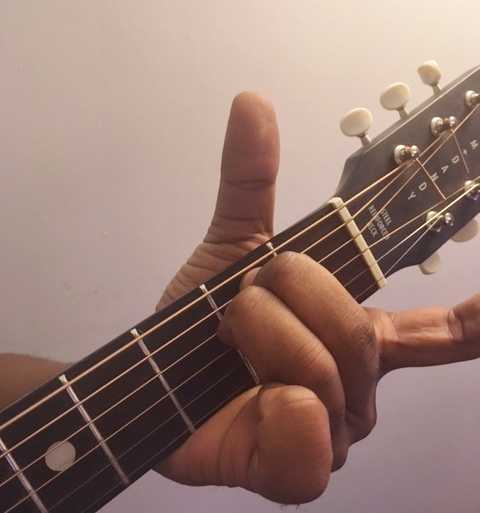 Popular songs such as “Livin’ on a Prayer” by Bon Jovi and “Purple Haze” by Jimi Hendrix are played in the key of Em. This is the easiest guitar key to play in, as all of the open notes on the instrument fall within the key.

The C major chord is often played with the Gmaj and Em chords, and it is another versatile chord shape for many different songs. It is slightly more difficult to play, but with a little bit of practice it will be a staple of your guitar chord repertoire. 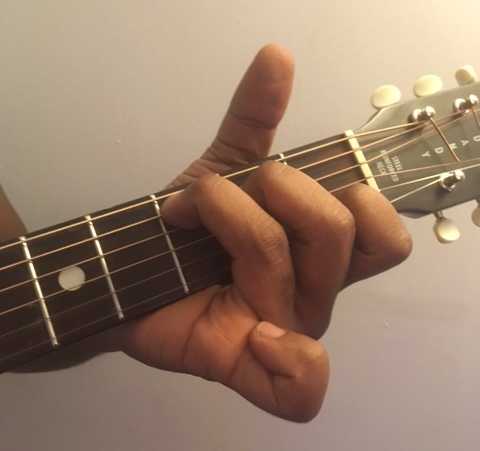 To play the Cmaj chord, begin by placing your ring finger on the A-string, third fret. Then place your middle finger on the D-string, second fret. Lastly, position your index finger on the B-string, first fret. Strum the chord from the A-string down, allowing all open chords to ring out. Switching between the Cmaj and Gmaj chords will give you a very pleasant, folky sounding song.

The A major chord is commonly played with the E minor chord, and it is another very simple open guitar chord. Being a major chord, it has an uplifting and happy tone, and it is used in many popular guitar favorites such as “Rock and Roll” by Led Zeppelin and “Wonderwall” by Oasis. 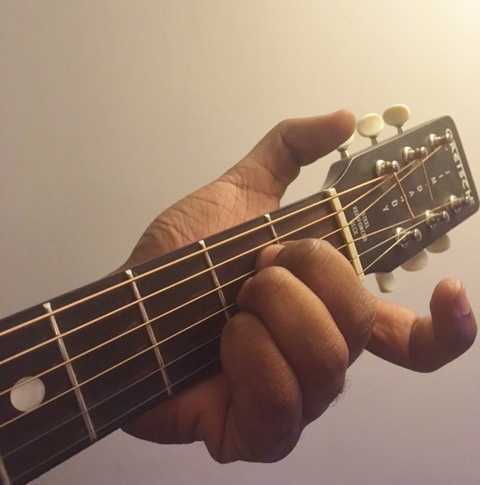 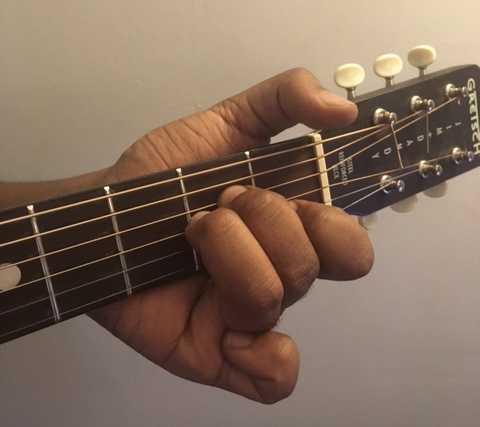 With a little practice moving between these easy guitar chords, you will be able to play hundreds of different popular songs. These few chords make up the vast majority of music that you hear and know, and it’s well worth taking the time to learn and practice them.