The Neighbourhood (or THE NBHD) burst onto the scene with their hit single “Sweater Weather”. This tune is from their 2013 debut album, I Love You. The song was written by group members Jesse Rutherford, Zach Abels and Jeremy Freedman and it reached number one on the Billboard Alternative Songs chart in June 2013. “Sweater Weather” logged eleven non-consecutive weeks at the top of that chart.

The Neighbourhood is an indie American rock band that was formed in Newbury Park, California in 2011. The band is made up of vocalist Jesse Rutherford, guitarists Jeremy Freedman and Zach Abels, bassist Mikey Margott, and drummer Brandon Alexander Fried. 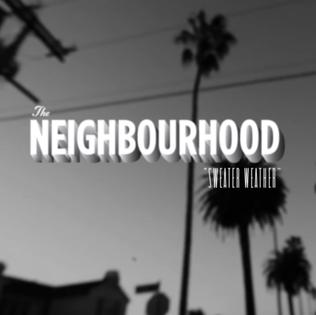 Album: I Love You.

“Sweater Weather” is gonna force us to make some decisions as to how to approach this for an acoustic guitar. The arrangement uses a driving drumbeat and electric guitar textures. The vocals and vocal rhythm propel the song so the acoustic part that we create need to support the vocal line.

The chords are all in the first position and shouldn’t create too much of a problem. The song is in the key of Eb but we’ll be using a capo at the 3rd fret and thinking in the key of C.

We’re also gonna approach this from a targeted-strumming standpoint while adding some pulsing to create texture. The chord progression is repetitive so we need to focus on different strumming concepts in order to keep the song moving forward. However, I do encourage to approach the song however you see fit. Use my suggestions as a starting point.

I’ve broken down my approach to this tune into three basic techniques that follow the song form. I use a strumming technique that I’ll describe below. But, the basic idea is to create different moods from section to section.

The song is made up of three parts: verse, chorus and bridge. Here’s the basic techniques that I aim for:

Targeted strumming can also be referred to as the boom-chick or boom-chicka technique. It uses an alternate (down and up) strumming technique. Here’s the breakdown:

Why I refer to this as targeted strumming is because I’m only using the boom-chick as a starting point. I’ll freely interpret the rhythm that I’m going for and that’s based on the drum pattern that I hear in my head.

The pulsing technique is a left-hand technique that is used to create a more percussive feel and will help you create the bouncy groove that makes people tap their feet, bob their heads and shake their booties.

Fret the chord as you normally would. Then, after you strum, release the pressure of your frethand without letting go of the chord position. The trick is to maintain contact with the strings as you pulse. Open chords are tricky to pulse because of the open strings. But, keep at it and you’ll find that it’ll quickly become one of your go-to techniques.

Once you become familiar with chord charts, you’ll gonna never want to go back. It’s just easier to see where you’re going when you have a map. And, it’s especially helpful when you’re not familiar with the song or there’s a section of the song that you don’t remember (Bridges and Interludes are notorious for surprising players and derailing a song’s performance). So, heads up, this tune has a Bridge and not only is there a progression change but the texture of the tune and the accompaniment pattern also changes. 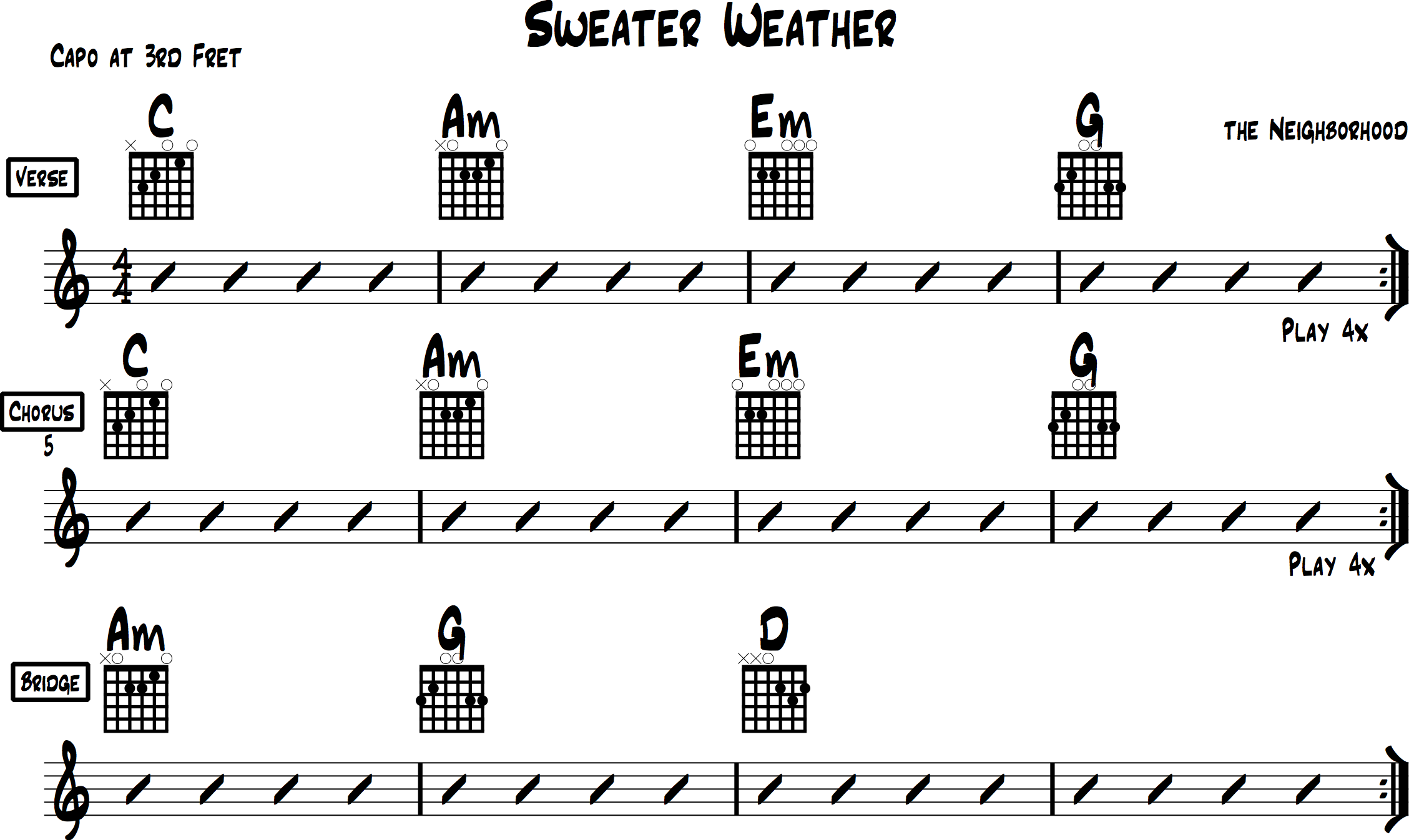 I hope that you’ve enjoyed learning Sweater Weather chords as much as I did in preparing this lesson for you. Thanks for hangin’ with me and I’ll see you next time.

Ed L. is a professional guitarist, instructor, producer and published author. He is a graduate of Berklee College of Music and lives in the Andes mountains. He is a general contributor to the Musika Blog.