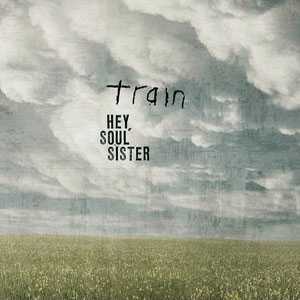 Hey, Soul Sister is a song by the American rock band Train. It was released as the lead single from the band’s fifth studio album, Save Me, San Francisco (2009). The song peaked at number three on the Billboard Hot 100 chart and is Train’s highest charting song to date. In 2010, the song had sold over 6 million digital copies in the US and was the top-selling song on the iTunes Store. Hey, Soul Sister was the second overall best-selling song in the US in 2010. Today we’ll learn an easy acoustic guitar arrangement of the Hey Soul Sister chords.

Album: Save Me, San Francisco

Here are some helpful tips to keep in mind when learning the Hey, Soul Sister chords. I provided some useful links above and I’ll take you through the chords, accompaniment patterns, song form, and chord chart. Everything you need to get started playing this tune.

Many of you may be thinking, “But, isn’t E a good key for guitarist?” And, the answer would be, “Yes.” But, in this case, the key of E would give us two barre chord shapes and the open-E inversion sounds a little too heavy.  One of the tricky things about this tune is that the ukulele is such a prominent part of the sound that recreating it with a guitar causes a couple of minor challenges. For you more seasoned players, I encourage you to try different inversions of E or position the capo at different fret positions. I also like the capo at the 7th fret: A–E–F#m–D.

Hey, Soul Sister uses an alternate (down and up) strumming technique. Amongst guitarists, this technique is referred to as the boom-chicka pattern. Here’s the breakdown:

The pulsing technique is a left-hand technique that is used to create a more percussive feel and will help you create the bounce that makes people tap their feet, bob their heads, and shake their booties.

Fret the chord as you normally would. Then, after you strum, release the pressure of your fret hand without letting go of the chord position. The trick is to maintain contact with the strings as you pulse. Open chords are tricky to pulse because of the open strings. But, keep at it and you’ll find that it’ll become one of your go-to techniques in no time.

I’ve included a Hey Soul Sister chords chart, which is a simple road map that shows you:

Once you become familiar with chord charts, you’ll gonna never want to go back. It’s just easier to see where you’re going when you have a map. And, it’s especially helpful when you’re not familiar with the song or there’s a section of the song that you don’t remember. Bridges and Interludes are notorious surprises that can derail a song’s performance and, fortunately, this song doesn’t have either. But, careful, that Chorus has a funny way of sneaking up on you. 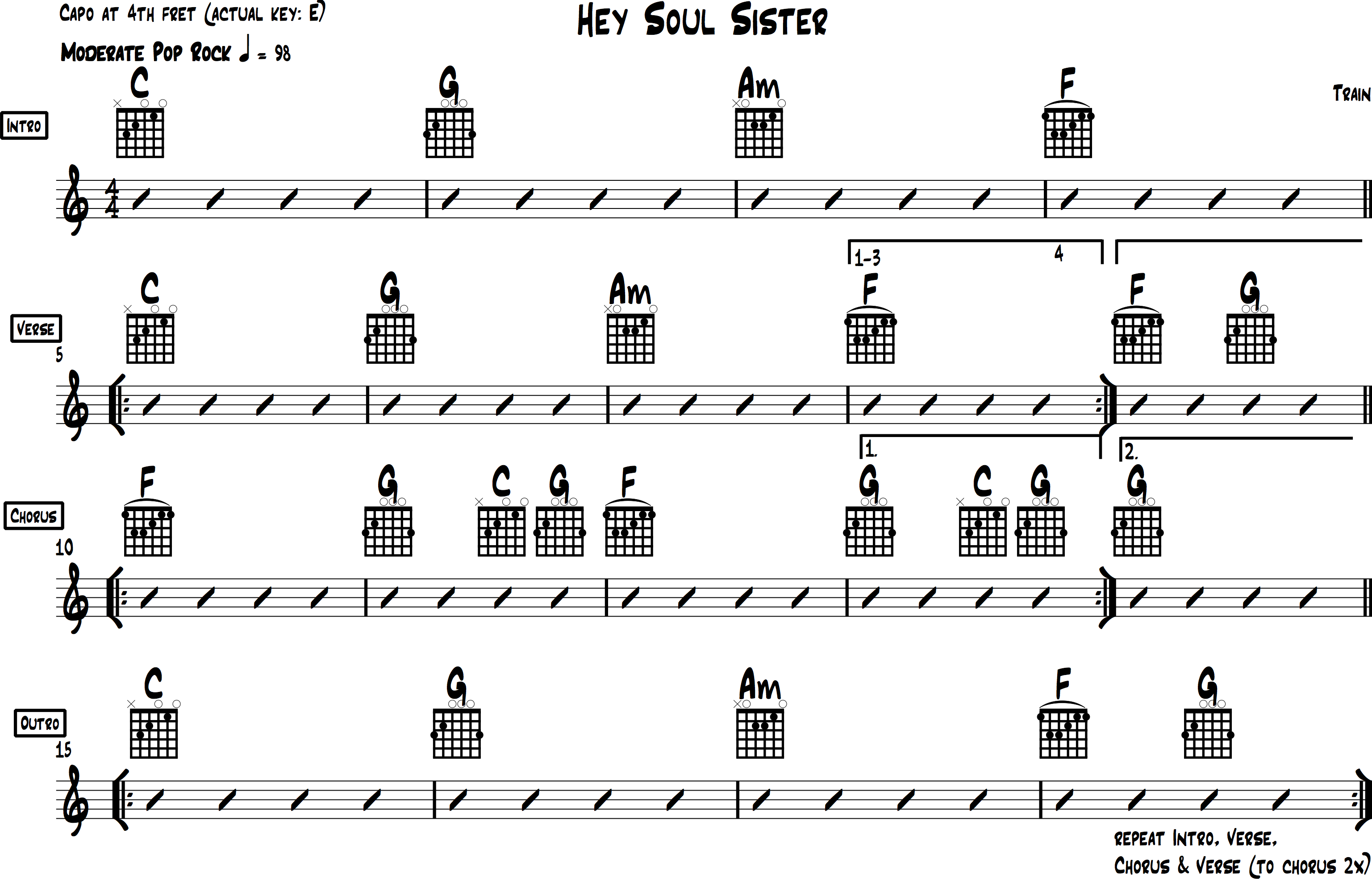 I hope that you’ve enjoyed this lesson on the Hey Soul Sister chords and that I’ve helped you add another song to your growing repertoire.

Thanks for hanging with me.