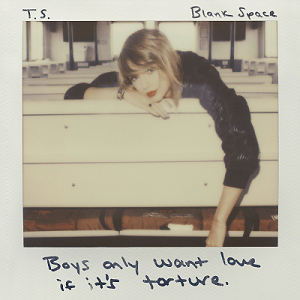 Blank Space is a song by American singer-songwriter Taylor Swift from her fifth studio album, 1989 (2014). It was written by Swift, Max Martin, and Shellback. The song was released to the radio by Republic Records on November 10, 2014 as the album’s second single, after Shake It Off and is the second track on the album. Musically, Blank Space is an electropop song with lyrics that satirize the media’s perception of Swift and her relationships. Today we’ll learn an easy arrangement of the Blank Space chords for guitar.

Blank Space reached number one on the US Billboard Hot 100 following Shake It Off. Swift became the first woman in the Hot 100’s 56-year history to succeed herself at the top spot. A critical success, it has also been included in numerous year-end critics’ lists. The song has also topped charts in Canada, South Africa, and Australia. It also charted in the top 10 in numerous countries, such as Austria, Czech Republic, Germany, New Zealand, Spain, and the United Kingdom.

Here are some helpful tips to keep in mind that will help you learn the tune faster while giving you some ideas for how to approach performing it. I provided some useful links above and I’ll take you through the Blank Space chords, accompaniment patterns, song form, and a chord chart. Everything you need to get started playing this tune.

Blank Space is in D major and the song form is pretty straightforward. We’ll be using a capo at the 3rd fret so the actual key is F but we’ll be thinking in D. There are three sections to the song, all 8 bars long:

The song form is also pretty straightforward and right out of Pop 101:

I like to view the song from in this manner: A–A–B–B is once through the song and we play that twice. Then, the Bridge followed by a double Chorus. As I said before, standard Pop 101.

I suggest using a combination of downstrums with the open chords for the Verse. For the first Verse you may want to take a simple whole-note-strum approach; i.e, strum the chord once and let it ring out for the entire measure (or both measures only strumming on the chord change). You can then begin adding more complexity as you build from section to section.

Next, add targeted strumming for the Chorus section. Let me explain this further:

Being that this tune is largely electronic based, there is no guitar part to reference for the Blank Space chords. However, you can create your own strumming pattern and the song does lend itself to 8th-note and 16th-note strums.

Once you become familiar with chord charts, you’ll never want to go back. It’s just easier to see where you’re going when you have a map. And, it’s especially helpful when you’re not familiar with the song or there’s a section of the song that you don’t remember (Bridges and Interludes are notorious for surprising players and derailing a song’s performance). This tune has a Bridge; however, you simply need to remember to drop out or perform a muted-strum pattern over a D chord. 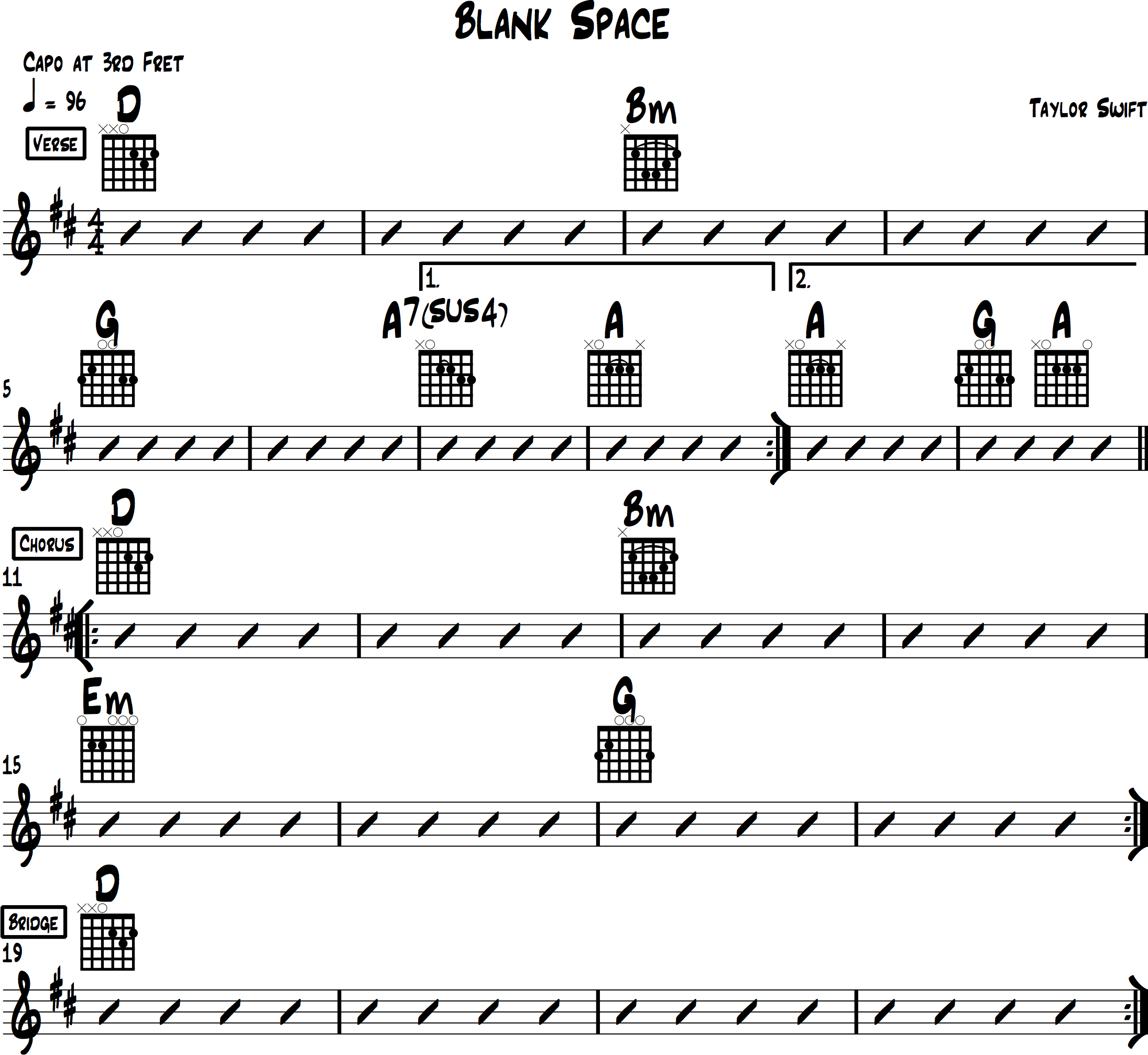 I hope that you’ve enjoy learning the Blank Space chords. This is a fun tune that is popular among female audience members—and, a great go-to song. I sometimes perform with a female vocalist and we’ll strategically place this tune in the set-list when we need to win over an audience of younger female members.

I appreciate you checking out this lesson. Thank you for hanging with me and I’ll see you next time.