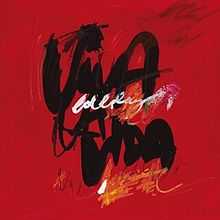 British alternative rock band, Coldplay, recorded the song Viva la Vida for their fourth album, Viva la Vida or Death and All His Friends released in 2008. The song was written by all of the band members and it was released as the second single from the album. Today we’ll learn an easy arrangement of the Viva la Vida chords on acoustic guitar.

Coldplay began their career in the late 1990s as one of the many post-Britpop bands. They quickly emerged as one of the most prominent modern bands in British popular culture and their sound was described as melodic pop with “distorted guitar riffs and swishing percussion” while also being “exquisitely dark and artistically abrasive”. Their style has been compared to bands like U2, Oasis, Radiohead and the Scottish alt-rock band, Travis.

Album: Viva La Vida Or Death And All Of His Friends

Here are some helpful tips to keep in mind that will help you learn the tune faster while giving you some ideas for how to approach performing it. I provided some useful links above and I’ll take you through the Viva la Vida chords, accompaniment patterns, song form and a chord chart. Everything you need to get started playing this tune.

“Viva La Vida” is a pop tune that is built around layers of piano and an ostinato pattern played by a string section. This means that we need to be creative in regards to our approach for playing this song.

This song is in the key of C with a capo at the 1st fret. We’ll be actually playing in the key of Db but thinking in the key of C. The chord riff is a 4-bar chord riff. The four chords cycle throughout the tune and the layers that were created in the studio need to be taken into consideration for our acoustic guitar arrangement. I’ll go into this in more detail in the video that accompanies this article.

We’re also gonna approach this from a finger-plucking and finger-strumming standpoint. I choose this approach because it offers many more options and textures than strumming with a pick. However, I do encourage you to approach the song however you see fit. These are just my suggestions.

Here’s the basic techniques that I use:

Viva La Vida is perfect for beginning fingerstyle players. The right hand is notated as follows:

I find that using a pick to strum the chords can be a little too harsh sounding for the mood of this tune. For that reason, I suggest using your fingers to pluck and strum the Viva la Vida chords. Let’s begin by assigning the right-hand fingers to certain strings:

I suggest using the block chords for the intro and the verse. Then, add the bass-chord technique to the verse as well. Use the arpeggios for the instrumental section and then finger-strumming technique for the chorus. I explain this in more detail in the video.

The pulsing technique is a left-hand technique that is used to create a more percussive feel and will help you create the bouncy groove that makes people tap their feet, bob their heads, and shake their booties.

Fret the chord as you normally would. Then, after you strum, release the pressure of your fret-hand without letting go of the chord position. The trick is to maintain contact with the strings as you pulse. Open chords are tricky to pulse because of the open strings. But, keep at it and you’ll find that it’ll quickly become one of your go-to techniques.

I’ve included a Viva la Vida chords chart, which is a simple road map that shows you:

Once you become familiar with chord charts, you’ll gonna never want to go back. It’s just easier to see where you’re going when you have a map. And, it’s especially helpful when you’re not familiar with the song or there’s a section of the song that you don’t remember (Bridges and Interludes are notorious for surprising players and derailing a song’s performance).

Fortunately, this tune doesn’t have a bridge and the repetitive nature of the chord progression makes it easy to play. However, this can lead to a false sense of security and you can easily get lost and forget which section of the song you’re suppose to be playing. So, make sure to listen and use the accompaniment techniques that I suggested earlier to help guide you. 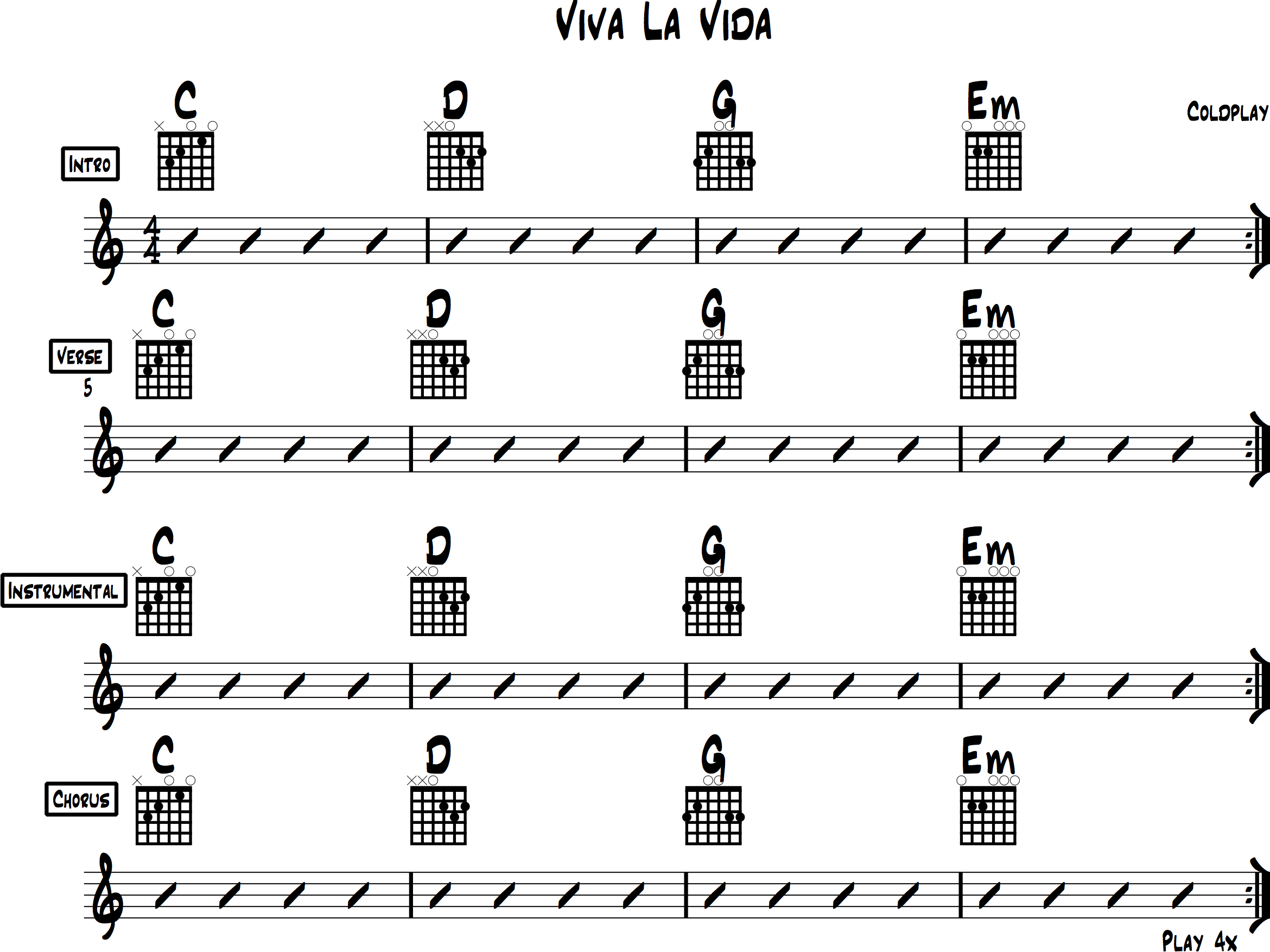 I hope that you’ve enjoyed learning Viva la Vida as much as I did in preparing this lesson for you. During the intro for this piece I mentioned Coldplay’s contemporaries: Oasis, Radiohead, and Travis. I encourage you to listen to those artists and maybe you’ll discover some more great music.

Thanks for hangin’ with me to learn the Viva la Vida chords and I’ll see you next time.