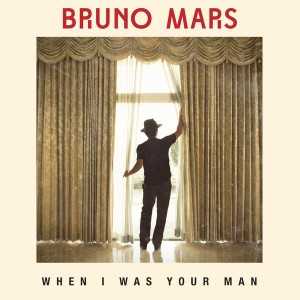 American singer and songwriter Bruno Mars recorded When I Was Your Man for his second studio album Unorthodox Jukebox released in 2012. The song was the third promotional single and second official single, taken from the album, to hit mainstream radio in the U.S. Today, we’ll learn an easy version of the When I Was Your Man chords for guitar.

As a kid, Bruno Mars loved impersonating Elvis Presley, Michael Jackson and Little Richard. He shared his father’s love for doo-wop and has referred to that music as  “simple four-chord songs that got straight to the point”. Bruno Mars was also influenced by Jerry Lee Lewis, Frankie Lymon and the hip-hop productions of The Neptunes and Timbaland that he constantly heard on the radio.

Title: When I Was Your Man

Here are some helpful tips to keep in mind that will help you learn the tune faster while giving you some ideas for how to approach performing it. I provided some useful links above and I’ll take you through the When I Was Your Man chords, accompaniment patterns, song form, and a chord chart. Everything you need to get started playing this tune.

When I Was Your Man Chords

When I Was Your Man is an emotional piano ballad. The lyrics speak to the broken heart and regret of lost love. This song features Mars on piano and vocals.

This song is in the key of Am. But, because it was written and performed on piano, the subtle changes in chords, while easy on the piano, are not that easy on guitar. A one-finger adjustment on the piano translates into a three- or four-finger adjustment on guitar. However, this tune provides us with an opportunity to increase our chord vocabulary.

We’re also gonna approach this from a finger-plucking and finger-strumming standpoint. Using a pick would take away from the atmosphere that we’re trying to create. However, I do encourage you to approach the song however you see fit. These are just my suggestions.

Here’s the basic techniques that I use:

When I Was Your Man is perfect for beginning fingerstyle players. The right hand is notated as follows:

I find that using a pick to strum the chords can be a little too harsh sounding for the mood of this tune. For that reason, I suggest using your fingers to pluck and strum the chords. Let’s begin by assigning the right-hand fingers to certain strings:

I suggest using the block chords for the intro and the verse. Then, add arpeggios to the verse as well. Use the bass-chord technique for the refrain and finger-strumming technique for the chorus. I explain this in more detail in the video.

I’ve included a When I Was Your Man chords chart, which is a simple road map that shows you:

Once you become familiar with chord charts, you’ll never want to go back. It’s just easier to see where you’re going when you have a map. And, it’s especially helpful when you’re not familiar with the song or there’s a section of the song that you don’t remember (Bridges and Interludes are notorious for surprising players and derailing a song’s performance). So, heads up, this tune has a Bridge and not only is there a progression change but the texture of the tune and the accompaniment pattern also changes. 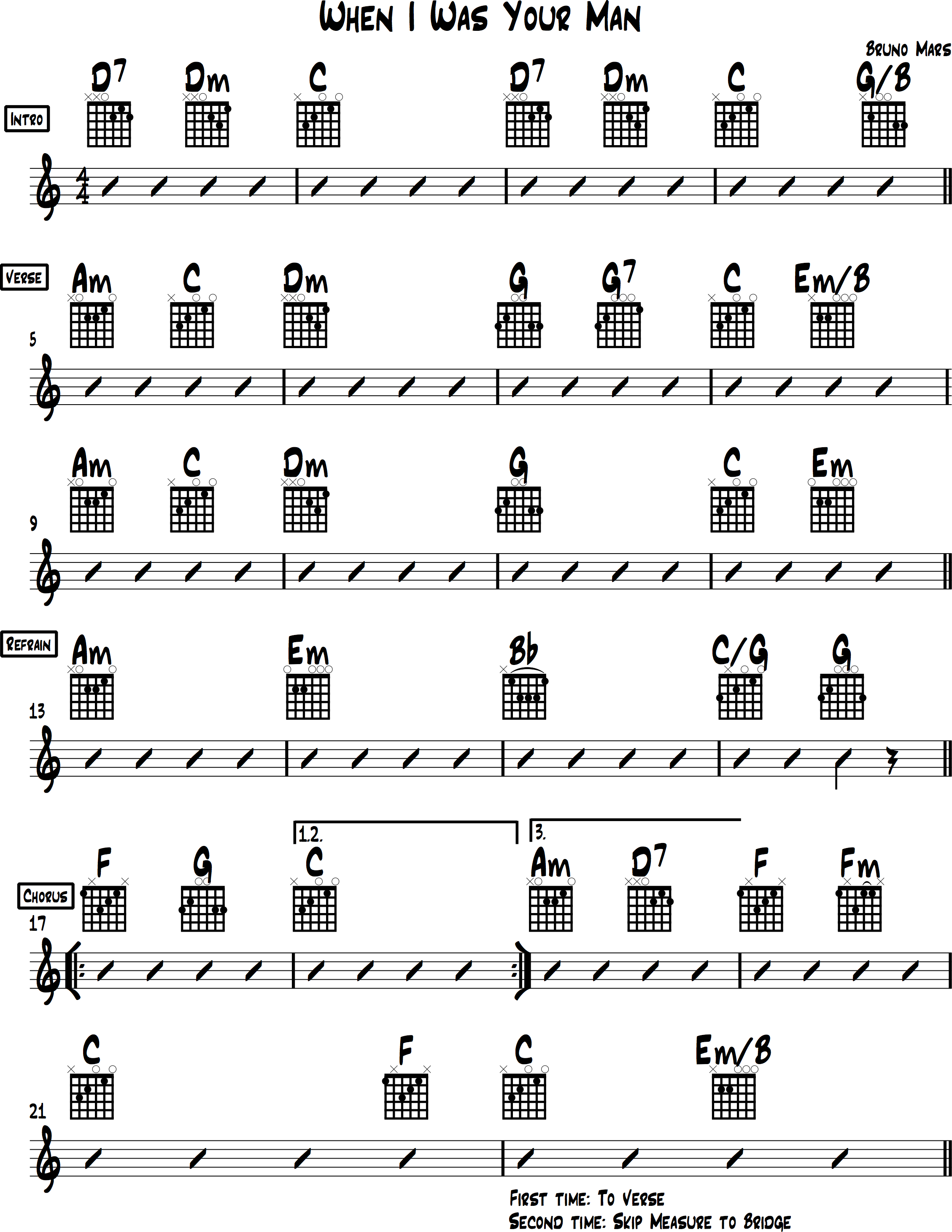 I hope that you’ve enjoyed learning the When I Was Your Man chords as much as I did in preparing this lesson for you. During the intro for this piece I mentioned Bruno Mars’s influences. I encourage you to listen to those artists and discover where Mars got his inspiration from. This tune is a beautiful piece of songwriting that has moments that seem, to me at least, to be inspired by The Beatles.

Ed L. is a professional guitarist, instructor, producer and published author. He is a graduate of Berklee College of Music and lives in the Andes mountains. He is a general contributor to the Musika Blog.