Jason Mraz performed I’m Yours during his live performances in 2004 and 2005 and the song quickly became a crowd favorite. It was nominated for Song of the Year and Best Male Pop Vocal Performance at the 51st Grammy Awards. Today we’ll go over the I’m Yours chords so you can play it at home. 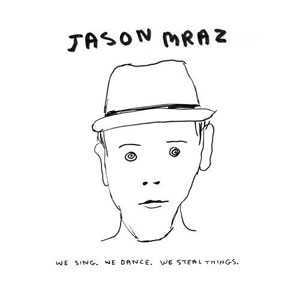 Album: We Sing, We Dance, We Steal Things.

Here are some helpful tips to keep in mind. I provided some useful links above and I’ll take you through the I’m Yours chords, accompaniment patterns, song forms, and the chord chart. Everything you need to get started playing this tune.

I’m Yours uses an alternate (down and up) strumming technique. Amongst guitarists, this technique is referred to as the boom-chicka pattern. Here’s the breakdown:

The pulsing technique is a left-hand technique that is used to create a more percussive feel and will help you create the bouncy groove that makes people tap their feet, bob their heads, and shake their booties.

Fret the chord as you normally would. Then, after you strum, release the pressure of your fret hand without letting go of the chord position. The trick is to maintain contact with the strings as you pulse. Open chords are tricky to pulse because of the open strings. But, keep at it and you’ll find that it’ll quickly become one of your go-to techniques.

I’ve included an I’m Yours chords chart, which is a simple road map that shows you each chord and how long to play it for. If you don’t read music, please don’t be intimidated. This is a cheat sheet that can help you get through the tune and shows you the song form.

Once you become familiar with chord charts, you’re never going to want to go back. It’s just easier to see where you’re going when you have a map. And, it’s especially helpful when you’re not familiar with the song or there’s a section of the song that you don’t remember (Bridges and Interludes are notorious surprises that can derail a song’s performance). And, this song has a Bridge. 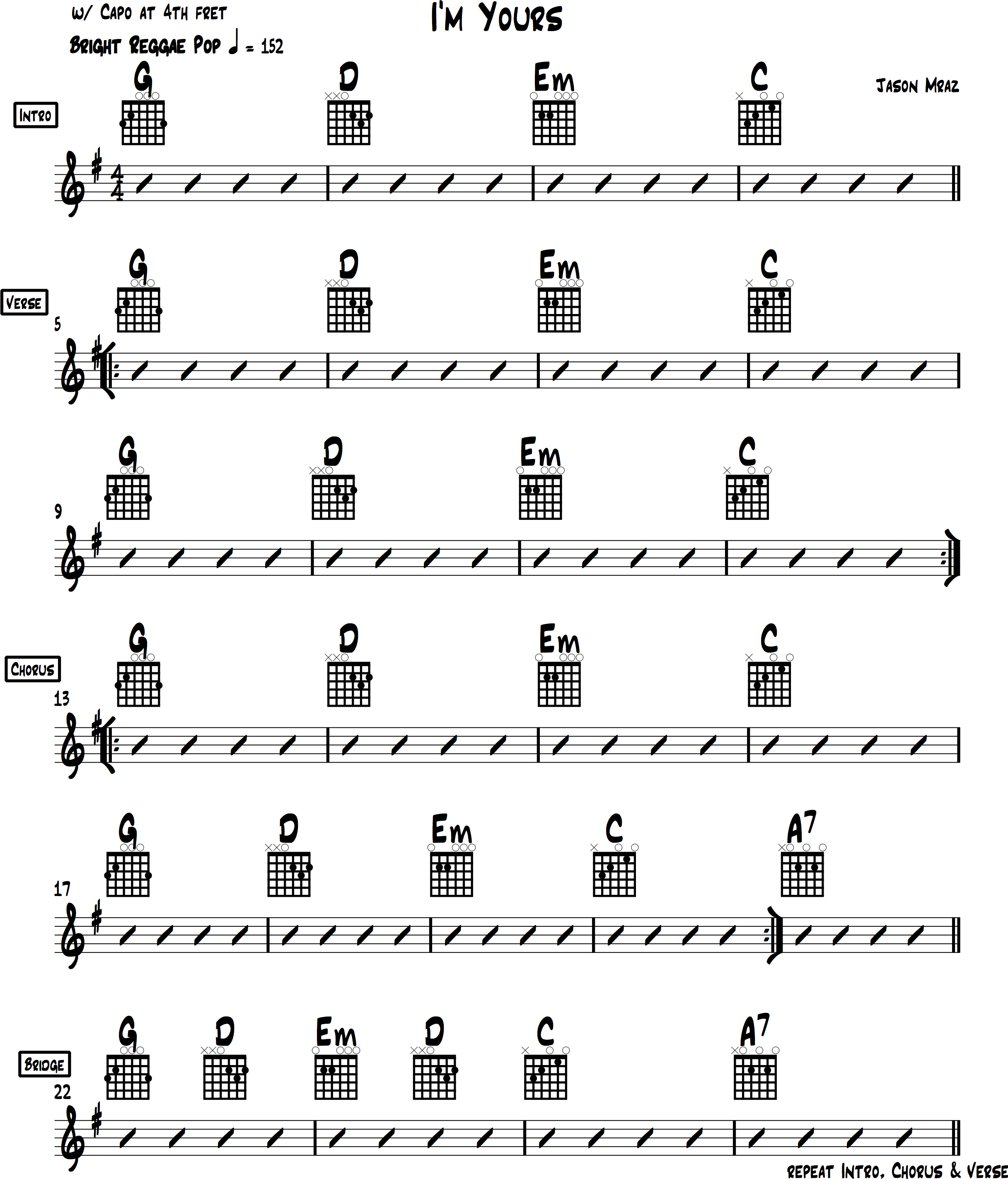 I’m Yours is a fun song that everybody loves. In case you haven’t watched the video, I’ve included an explanation of the cool chord riff that’s found in the Intro.

I hope that you’ve enjoyed this lesson on the I’m Yours chords and thank you for hanging with me.