American rock band, Paramore, released the song “The Only Exception” as the third single from the band’s third studio album, Brand New Eyes in 2009. The song was written by singer Hayley Williams and guitarist Josh Farro. Williams’ vocal performance was well received by music critics who also noted that “The Only Exception” was a departure for the band.

Paramore’s music style has generally been regarded as alternative rock, pop and emo. Singer Hayley Williams has also been compared to No Doubt, Kelly Clarkson and Avril Lavigne—partly due to Paramore being a female-fronted band. Their sound has been influenced by Fall Out Boy, Hanson, Panic! at the Disco, Blink-182, Death Cab for Cutie, Jimmy Eat World, and other post-90s bands. 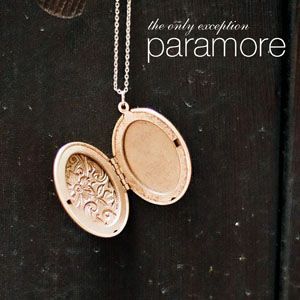 Title: The Only Exception

The Only Exception Chords

“The Only Exception” is a soulful acoustic number. We can use the acoustic guitar part on the recording as the template for our strumming pattern.

We’re also gonna approach this from a strumming standpoint. We’ll be using a pick and Josh Farro (the guitarist on this song) uses a pick. You can also use your fingers to strum (I’ll discuss this below) and they can provide you with more sound options. However, I do encourage to approach the song however you see fit and feel most comfortable. These are just my suggestions.

I generally use four basic approaches to acoustic-guitar playing. They’re all based on a fingerstyle technique that I’ll describe below. But, the basic idea is that the thumb plays the bass note and the index and middle fingers brush the top part of the chord.

Here’s the basic technique that I use:

“The Only Exception” is perfect for beginning fingerstyle players to strum. The right hand is notated as follows:

Next, you can assign the right-hand fingers to certain strings:

This is the essence of finger-style playing, assigning fingers to specific strings. This way, you don’t need to look at the right hand while playing. Once you get used to it, you can “feel” where you are.

“The Only Exception” uses an alternate (down and up) strumming technique and I’ll first describe it with a pick. Amongst guitarists, this technique is referred to as the boom-chicka pattern. Here’s the breakdown:

The Fingerstyle Version of the Boom-Chicka Technique

The thumb (or P) plays the bass note (boom) and the I-M fingers brush down and up on the higher three strings creating the chick-a.

Once you become familiar with chord charts, you’ll gonna never want to go back. It’s just easier to see where you’re going when you have a map. And, it’s especially helpful when you’re not familiar with the song or there’s a section of the song that you don’t remember (Bridges and Interludes are notorious for surprising players and derailing a song’s performance). So, heads up, this tune has a Bridge and an Outro where the progression changes. 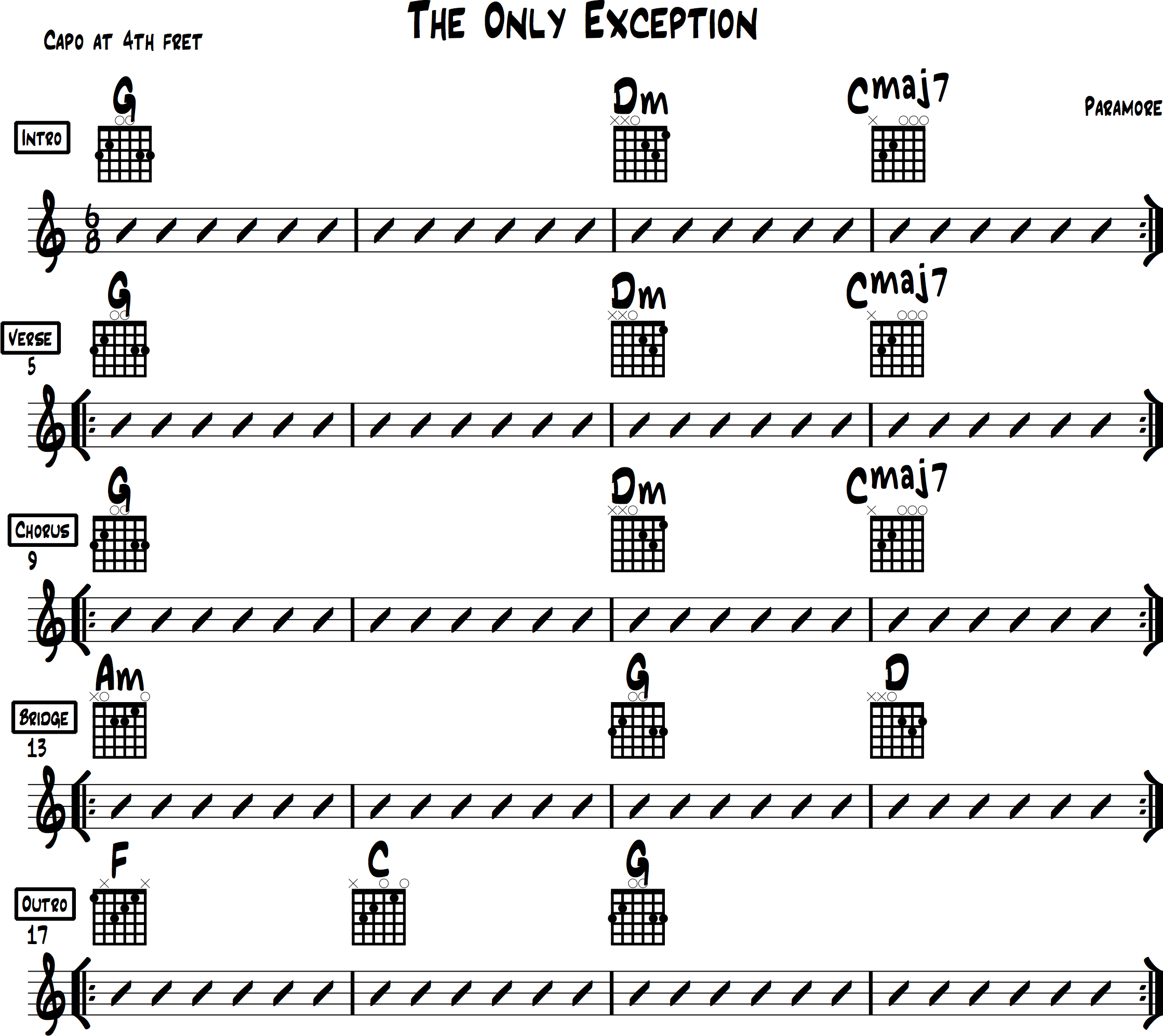 I hope that you’ve enjoyed learning The Only Exception chords as much as I did in preparing this lesson for you. During the intro for this piece I mentioned Hayley Williams’ influences. I encourage you to listen to those artists and discover where Williams gets her inspiration from. This tune is a beautiful piece of songwriting that has moments that seem, to me at least, to be inspired by traditional folk music.

Thanks for hangin’ with me and I’ll see you next time!