The tradition of everyone from popular artists down to amateur musicians covering songs written by their favorite musicians is one that’s been around for decades. Learning how to play another artist’s song is a skill that can help a budding songwriter learn the ropes or serve as a chance for a musician to add their own original touch to another artist’s song. A hallmark of a great song is when it’s been covered so many times that it’s hard to know what artist originally wrote or recorded it.

Bob Dylan is responsible for writing some of popular music’s most influential songs, but he doesn’t always get the credit he’s due even though he’s the most famous living songwriter. His song “Knocking On Heaven’s Door” was released in 1973 and has been covered by Guns N’ Roses, Eric Clapton, Warren Zevon, Avril Lavigne, and many other artists.

The late great Leonard Cohen wrote a song called “Hallelujah” in 1984, and though it wasn’t at all famous when it was released, the song has become a mainstay in popular culture. An impressive roster of artists from many genres have covered this song including Jeff Buckley, John Cale, Rufus Wainwright, K.D. Lang, Pentatonix, and many others.

In 2002, Johnny Cash famously covered a song written by Nine Inch Nails called “Hurt.” In an interview, Nine Inch Nails singer Trent Reznor famously said that he felt like “Hurt” wasn’t his song anymore after Cash covered it because the song took on a new character and meaning. A song can take on a completely new identity depending on the person singing it.

How Covering Songs Can Help You Get Better At Your Instrument

Covering songs like these sort of make pieces of music seem like living documents that can grow and adapt over time. We’ve highlighted some famous artists who’ve covered songs, but learning how to cover a song isn’t just good for established artists. Taking the time to learn how to cover songs can be an incredibly powerful practice for a musician. In fact, it’s an essential exercise for anyone who wants to learn how to sing and play their instrument, write music, or master basic music fundamentals.

If we don’t take the time to learn how to cover songs, we run the risk of becoming isolated when we sit down to practice with our instruments. Learning how to play chords, scales, and exercises can build important skills in our playing, but all that work has to be directed somewhere. Covering songs gives us the chance to put the basic skills we’ve mastered on our instrument to the test. When we cover a song, we have to master things like chord transitions, playing in rhythm, and singing on pitch. Playing a song should be the culmination of all the hard work you’ve put into learning how to play your instrument. 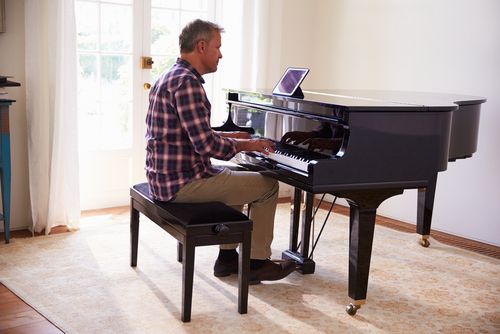 How To Cover a Song

The first thing to consider when attempting to cover a song is how well you know and like the music you’re trying to cover. You’re about to do something that will most likely take a lot of time and effort, so the song you choose should be one that you really enjoy listening to. Knowing a song’s melody and lyrics will also save you a lot of time during this process.

Whether you’re covering a song that features a singer over simple guitar chords or a well-produced track that includes an orchestra, your cover will have to be condensed down to a simple version of basic chords and vocals—for now, anyway. You’ll need to play something like the guitar, keyboard, or any other instrument that allows you to play chords easily. It’s not really possible to cover a song if you only play trumpet, unless you get super ambitious and record dozens of takes to build layers of chords.

If you have songwriting software you can pre-record chord progressions to sing over. There’s nothing wrong with this technique, but it won’t do much in the way of helping you to get better at performing and playing an instrument. When we sit down with our instrument and learn to sing and play at the same time, we develop important skills that we can’t get any other way. 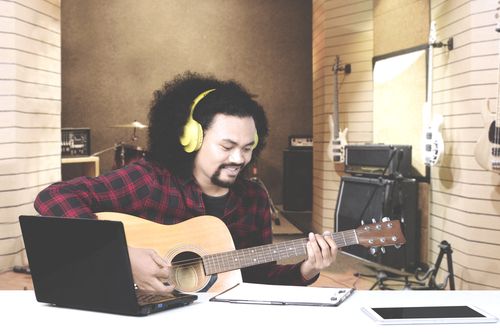 Once you know the chords of what you’re attempting to cover, work on mastering chord transitions and playing in the style of the song. Start by trying to match the rhythm of the song and then try humming or singing the melody over it.

Once you’ve nailed down a simplified version of the song, feel free to make it your own. You can change the tempo, and add instrumentation and new production. You can change the song you’re covering, but only after you know how to play the original version. And while it might seem cool to add a whole bunch of new things to a cover, changing it too much might make your version too dissimilar from the original.

Covering songs can be one of the most fun benefits of learning how to play an instrument. It’s a skill that anyone who loves music can appreciate, but it takes time and effort to master. If you need help getting your footing when it comes to learning how to play other artist’s songs, try finding an experienced teacher in your area to help.