If you’re a pianist interested in learning music theory, you’re in luck. The piano and every other instrument featuring a keyboard is basically a perfect visual representation of the ideas and concepts that govern music theory. When instructors teach students music theory on other instruments, they typically use the piano’s keyboard as a visual guide that relates to their own instrument. But even with things being significantly easier on your instrument, piano music theory can be difficult to learn without guidance. In this article, we’ll step you through the world of music theory and how it relates to the piano. But first, let’s talk a little bit about why becoming familiar with music theory is so important for pianists. 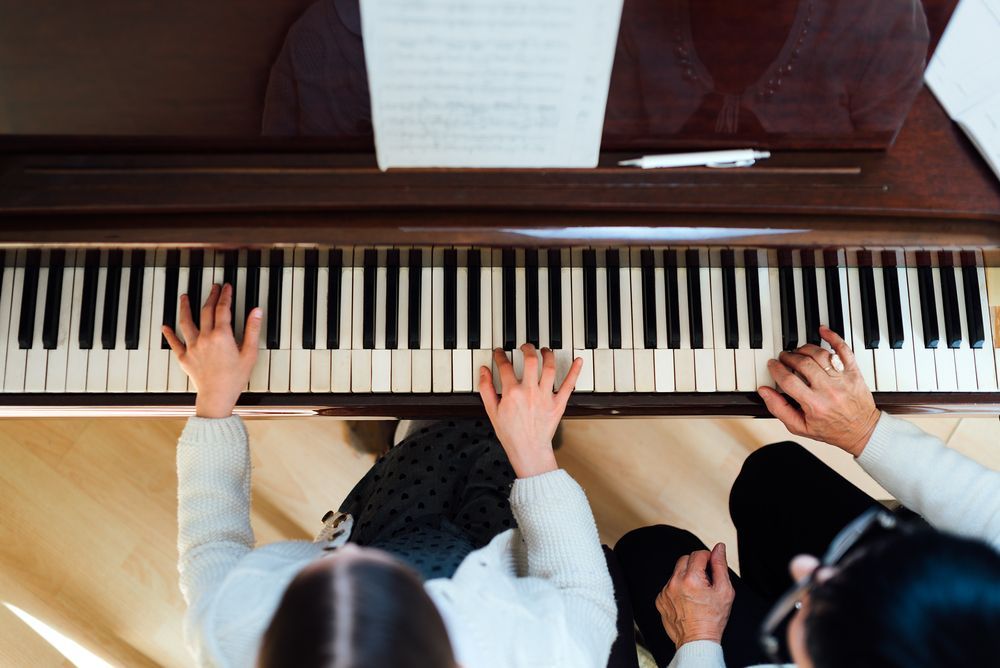 A world of ideas at your fingertips

Depending on your unique background and training, your piano teacher might not’ve stressed how useful and important music theory is for pianists. Becoming familiar with just a few basic piano music theory concepts can completely alter the way you see, hear and perform music for the better.

More than just intangible ideas, music theory is a language of living ideas shared between musicians of all backgrounds from across the world. What you learn in piano music theory can be applied to any instrument. If you’re at all interested in writing and composing or even if you simply just understanding what the heck’s going on in the sheet music you’re reading off of, music theory will help you in a huge way.

Why music theory often gets left out of lessons 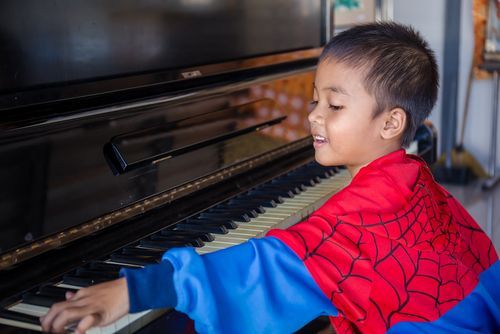 From an early age, many piano students are taught things like scales and chord progressions, but while these music fundamentals are good exercises, a student gets only a fraction of the benefit when these ideas aren’t explained in a music theory context.

But we can’t fully blame music teachers for not being better ambassadors of music theory. Like most teachers, music instructors are typically overworked, underpaid and tasked with doing a lot in a short period of time. Even so piano music theory is an amazing way to expose students to the foundations of music!

To help show you the broader ideas found in piano music theory, we’ll first need to learn how to identify and recognize the unique relationships between notes in music. These are called intervals. All of the melodies you hear in music are constructed with various intervals. Each interval features its own unique sound, and the easiest way to memorize each one is to identify it in popular music. Combinations of intervals played simultaneously are the chords we hear in music even though we mainly understand them as being played in melodies.

To help you memorize each interval, we’ll show you how to play each one and we’ll also show you where it can be heard within popular music. To make things easy, we’ll show you how to play these intervals in the key of C, but feel free to adapt what you learn here to any key you choose. These relationships are permanent and don’t change from one key to another. We’ll describe the distances between notes in terms of half-steps, which span the distance between one note and the one directly above it: 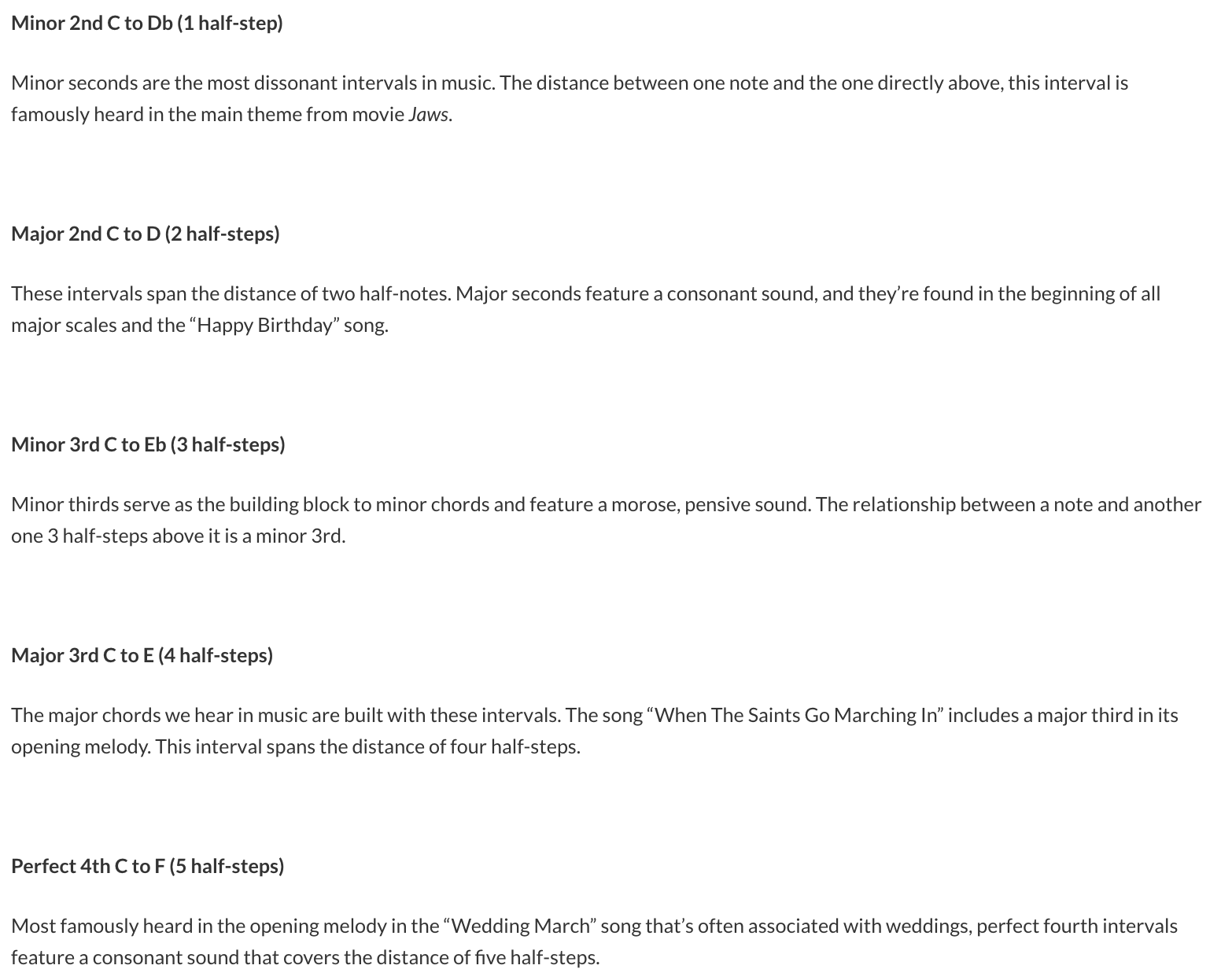 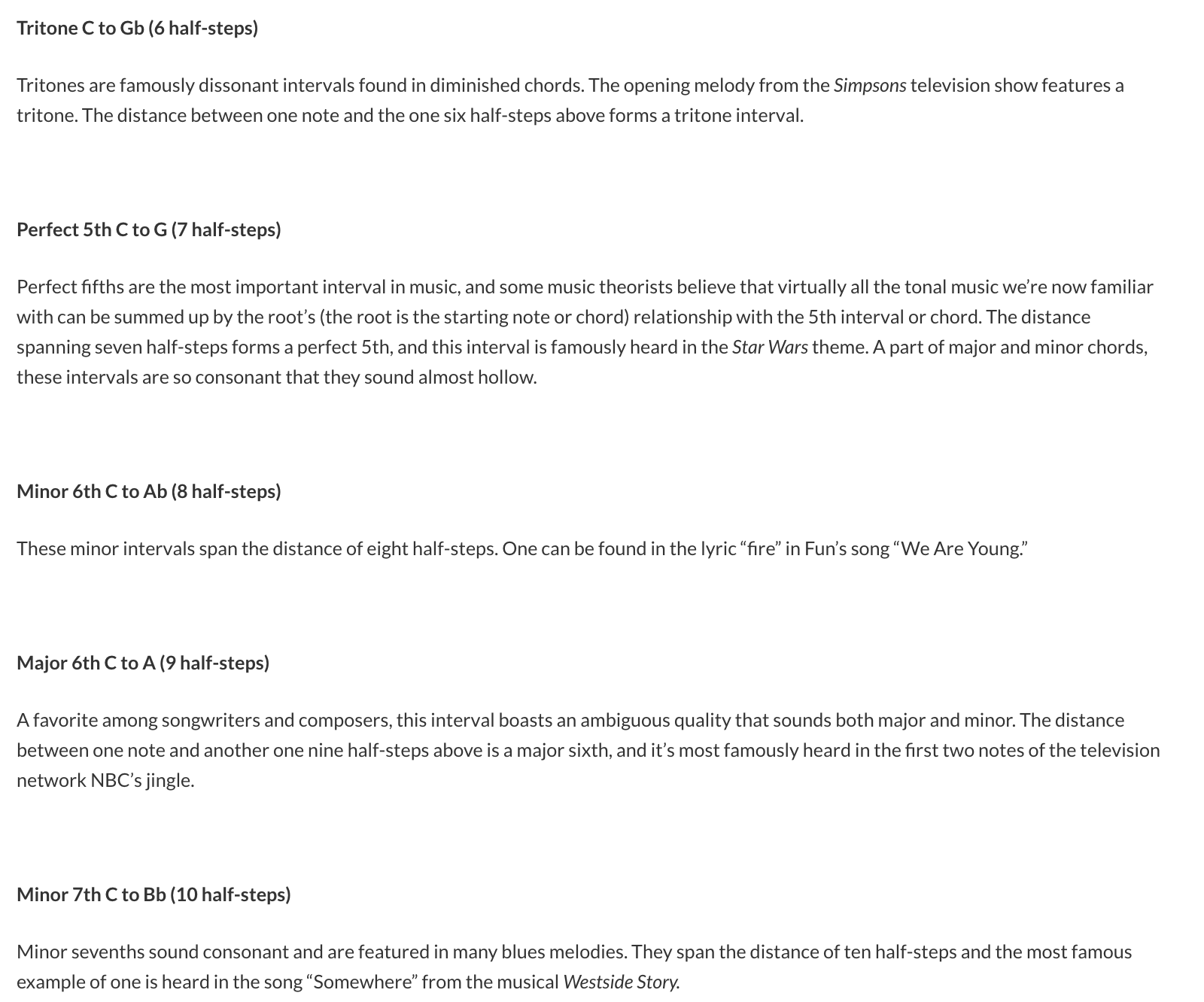 In music theory, scales are step-by-step sequences of notes that explore something called modes. There’s seven modes in Western music, but today we’re only going to focus on the Ionian and Aeolian modes, which are typically referred to as major and minor.

Memorizing two simple patterns will let you build major and minor scales not only on every note on the keyboard but on every note in music. Again, we’re using the key of C as an example to make things easy, but you should use the patterns you learn here with other keys for practice. The pattern here is represented by whole-steps (major 2nds) and half-steps (minor 2nds). Starting from C, follow the sequence of whole and half-steps exactly and you should get the notes C-D-E-F-G-A-B-C:

The key of C is easy to learn to build scales in because it has no accidentals (flats or sharps), so let’s try building a major scale in the key of G. Doing the same thing you did to build the C major scale, you should get the notes G-A-B-C-D-E-F#-G for your G major scale.

You might be asking yourself why the F# note in the scale isn’t a Gb. This is because in music theory, each note name in a scale will only occur once and that sharps and flats won’t mix in basic scales. This might seem complicated at first, but it’s a system designed to help you, the music reader and performer, do your job easily.

We’re going to show you how to build the A minor scale because it’s the relative minor to the key of C major, which means that both keys share the same notes but begin in different places. The relative minor of any major key is located a minor 3rd (three half-steps) below the root (starting note) of the key. Starting with A, if you follow the pattern correctly, you should get the notes A-B-C-D-E-F-G-A. Now, let’s built a minor scale with G major’s relative minor key, which is the key of E. If you follow the pattern correctly, the notes you should end up with are E-F#-G-A-B-C-D-E.

Like we mentioned before, the basic chords we hear in music are constructed with different intervals. One slight note change has the power to alter a chord completely. There’s many different variations of chords in music that can be played on the piano, but we’ll focus on the the three most basic ones for the sake of this article.

Minor chords feature a sad, pensive sound that’s sometimes used to convey despair in music. They’re constructed almost the exact same way major chords are, only a minor third (three half-steps) is used instead of a major third. The notes in a C minor chord are C-Eb-G. We wouldn’t call it C-D#-G, because these basic chords, or triads, are built off of three notes that skip every other note name. Every C chord in music is going to be built using some sort of C,E and G note. Again, this can be confusing, but it’s for your benefit as a music reader.

Diminished chords are the most dissonant chords in music. They’re used to convey dread, tension and drama within a piece of music. To build a C diminished chord, add a minor third (three half-steps) and a tritone (six half-steps) above a C. The notes you should get are C, Eb and Gb. Again, the Gb isn’t an F# because any C chord needs to be some sort of C, E and G notes.

Like everything else we’ve covered in this piano music theory guide, the major and minor keys in music are built using patterns and relationships that never change. Basic sequences of major, minor and diminished chords are built off of each note in major and minor scales.

Here’s the sequence of Roman Numerals used to understand and identify chords in minor keys: 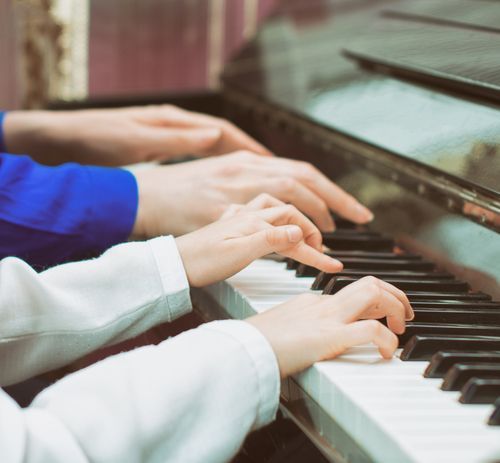 You now have everything you need to understand intervals, scales, keys, chords and Roman Numeral Analysis. Confused? Don’t worry! We threw a lot of information at you in this article. If you need extra help understanding the piano music theory concepts we’ve described here, we recommend finding a knowledgeable and experienced music theory tutor in your area. For more articles about the world of music, check out what else we’ve got posted on the Musika Lessons blog.

Accidentals In Music: What They Are and How They Work
Aug 16 2017- POSTED BY Musika Lessons Tags: modes, Music Theory, Piano, piano lessons   one comment