Music is like many things life in the way that people aren’t always accurate when they describe its concepts and ideas. And when it comes to the topic of keyboard vs. piano, inaccuracies are often on full display. Keyboards and pianos are two separate things with two completely different functions, and yet musicians aren’t always sure how to tell the difference between them. In this article, we’ll define what keyboards and pianos are, and we’ll run through a list of benefits and disadvantages of both.

A keyboard is strictly defined as a set of keys that operate an instrument. Under this widely broad definition, any musical instrument operated by keys is a keyboard: pianos, accordions, harpsichords, keytars, marimbas, and the giant thing on the floor of a department store that Tom Hank’s character played in the movie Big. 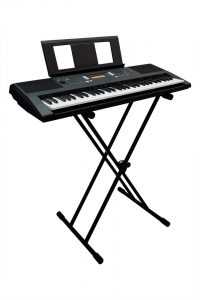 But keyboards as we know them in the music world are largely defined as being synthesizers. In 2017, synths are now found in practically every type of music conceivable. Synthesizers get their name from the fact that that they synthesize instruments and sounds. Practically all synthesizers feature a piano sound, but synthesizers are not pianos.

The history of synthesizers goes back all the way to 1867 when engineer Elisha Gray accidentally discovered a self-vibrating electrochemical circuit. His discovery led to the invention of an oscillator, a device used in modern synthesizers. Before World War II, America and Germany developed the world’s first polyphonic synthesizers, which were four-voice key-assignment keyboards with two formant filters and envelope controllers. The 40’s and 50’s brought huge innovations to monophonic synthesizers including vibrato effects, smaller keyboards, and octave dividers.

In modern music, keyboards come in all sorts of shapes and sizes. MIDI capabilities, or musical instrument digital technology, have made recording synthesized music with computers inexpensive and easily editable. Music producers heavily rely on keyboards to produce synths to use during the recording process. 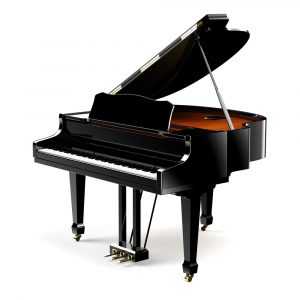 Unlike the broad term “keyboard,” pianos consist of just one instrument. The piano was invented in 1700 by an Italian instrument-maker named Christofori. The original piano was an instrument heavily based on a harpsichord. Harpsichords rely on a system of levers and pulleys that pluck strings while the piano uses a series of hammers that strike and dampen strings in a completely controlled manner. Harpsichords sound pingy, dull, and lifeless, while pianos sound expressive and alive. Pianos are one of the most dynamically powerful instruments on the planet, and they’ve shaped the way music has sounded for centuries after being invented.

Unlike synthesizers, pianos haven’t changed all that much after three long centuries. The range has been extended and the hammer system perfected, but other than that pianos are very similar instruments to the ones that were played in the 18th century. Pianos were first named “Fortepianos” which means “Loud-Soft” in Italian.

Any instrument with a keyboard doubles as a near-perfect visual representation of the concepts we use to describe music theory. If you’ve ever played an instrument without a keyboard, you probably already know how baffling certain music theory concepts can be. But on instruments that feature keyboards, things like scales, chords, and intervals are perfectly laid out in a step-by-step system.

We’re going to describe some benefits and disadvantages to each instrument. The music theory instrument is a benefit that’s included with pianos and any other keyed instrument.

Benefits and Disadvantages of Keyboard Vs. Piano

Modern synthesizers can generate nearly every sort of sound conceivable; even ones that sound like a piano. But for as far this technology has come over the years, nothing truly sounds like a piano except for, well, an actual piano. But if you’re looking for options as far as interesting instruments, patches, and soundscapes go, look no further than the synthesizer or even a small MIDI keyboard. 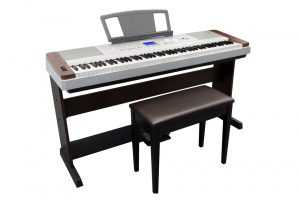 Keyboards give musicians a virtually limitless amount of sound options that can now be edited and manipulated straight from the keyboard. And if you’re a musician on a budget—which is every musician we’ve ever met—you can get all or at least most the benefits of an expensive synthesizer from a small MIDI keyboard that plugs right into your computer for under $100. MIDI sounds are a breeze to adjust and edit which is ideal for songwriters and producers.

Unlike pianos, even the bigger keyboard synthesizer keyboards are portable. If you’re a musician who performs regularly, you will most likely have to settle on playing with a keyboard even if you’re a purist who prefers the sound of a piano.

Keyboards can be amazing instruments, but be warned: not all keyboards are created equally. When looking for a keyboard, make sure that the instrument you purchase has weighted keys and a sustain pedal. Every piano has these things, and you won’t be able to get nearly as good of a playing experience without them. Those $100 MIDI keyboards don’t have sustain pedals or weighted keys, by the way. 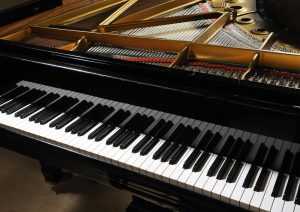 Like we mentioned before, nothing has the power to accurately imitate or generate the incredible sound of a piano. The piano has remained relevant for so long because it’s designed so well. Even the best synthesizers can’t stand up to the piano when it comes to dynamics. But pianos generate just one sound compared to the limitless options of most synths. Add how difficult it is to move and tune even a small piano and you end up with some serious pros and cons from each instrument to consider.

Putting keyboard vs. piano against each other isn’t a great idea because both instruments are incredible and have so much to offer. If you can play one, then why not play both? Each instrument gives the musician different things, but while they structurally couldn’t be more different, they are played the same way.

Tips for Buying A Digital Piano

How Does a Piano Work?

Five Factors to Consider When Buying a Piano

Music Gifts: 15 Gift Ideas for the Musician in Your Life

2 thoughts on “Keyboard Vs. Piano: What Exactly is the Difference?”