Without a doubt, jazz music is one of the great American art forms. Jazz music has changed and informed the world’s musical landscape in subtle and seismic ways. For beginning piano students, taking on the task of learning how to play jazz might seem like a monumental task. After all, jazz music contains some of music’s most sophisticated approaches to chord and rhythm structures. But beginning jazz piano doesn’t have to be intimidating. Today we’re going to walk you through some jazz piano basics to help get you started, but first let’s talk about what jazz music is and the impact it’s had on music today. 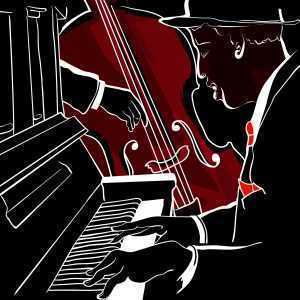 The history of jazz is as vast, complicated, and sprawling as the music itself. During the turn of the 20th century, African American folk songs began to intertwine with traditional European music in cities like New Orleans, St Louis, and Chicago. The result became jazz music. Early jazz is often said to be the combination of complex African rhythms and western European harmonies, but it in reality both cultures contributed much more to the art form than that. African music brought hugely-impactful ideas to American jazz music like call and response phrasing and the unique harmonic influence of African spirituals that later became hymns. Western European music contributed what would become the blueprints for modern song as well as hundreds of years of harmonic influence and complex instrumentation.

Before there was jazz there was blues, and before there was blues there was ragtime. Ragtime was developed by black musicians playing in bars, brothels, and clubs in the early 1900’s. Ragtime composers like Scott Joplin began incorporating sophisticated chord voicings into their work, and this paved the way for blues and then jazz.

Getting Started with Beginning Jazz Piano

To get started with beginning jazz piano, you’ll need a keyboard and a sheet of paper. We’re going to cover some basic music theory terms, so be sure to check out our article on music theory for musicians if you need some extra information. Many great jazz musicians learned how to play the piano without a trace of music theory training, but we’re going to explain the music theory behind jazz to give you a better understanding of things.

If you want to learn how to play the complex chords in jazz music, you’ll need to start with basic chords. Like most elements in music theory, chords are built off of simple formulas. There are three categories of basic chords: Major, Minor, and Diminished. We’ll start with how to build Major chords. Chords, by the way, are defined as two or more notes being played at the same time.

Major chords are simple chords that can be built from any key on the piano. On your keyboard, move your right thumb to the Middle C. Middle C is the C key located directly in the middle of the keyboard. We’re going to call this C note the root of the chord. From the Middle C, press down the E above with your middle finger. This E is an interval of a Major 3rd away. A major 3rd is the distance of four half steps away from the root (C-C#-D-D#-E). Keeping your thumb and middle finger on C and E, place your pinky finger on the G above. This G is an interval of a Perfect 5th above C. A perfect 5th is located seven half steps above the root of the chord (C-C#-D-D#-E-F-F#-G). Once you know how to play the C Major chord, try the formula out on other chords around the piano using the same fingers.

Not that difficult, right? Well, if you have a good grasp on how to build major chords, then Minor and Diminished chords should be a breeze for you. Go back to the C major chord we had you build in the last paragraph. To turn this C Major chord into a C Minor chord, simply move your middle finger from an E down to an Eb. All Minor chords are built off of a formula of the root- a minor 3rd (which is just three half steps away from the root)- and a Perfect 5th. Try building Minor chords at various spots around the keyboard.

Now let’s go through how to build Diminished chords. Go back to Middle C and build a C Minor chord. With your pinky, move down to a Gb. The interval between C and Gb is a Tritone, and it provides the dissonance you hear in diminished chords. All Diminished chords are built off of a formula of the root-minor 3rd-Tritone (which is six half steps away from the root). Try playing Diminished chords at different spots around the piano.

Once you know how to build basic chords, you’ll need to understand extended chords to be able to play beginning jazz piano material. Extended chords add different notes and colors to basic chords to give them new, distinct characters. For instance, we can add a B to a C Major chord and transform it into a C Major 7 chord (C-E-G-B). Where does the 7 number come from? Good question. To answer that, we’ll need to talk about scales.

Again using the example of a C Major chord, if we change the last note to a Bb, the chord will become a C7 chord, which is also known as a C Dominant chord. Any chord can be flattened or sharped, so be sure to account that in your beginning jazz piano playing.

If you come across chords with numbers added like 9, 11, or 13, you’ll need to know the key and scale of the chord to be able to add in the correct interval.

To help you get started, here’s an easy, yet iconic, jazz standard with some simple extended chords. You can play the melody with your right hand or sing along if you know the tune.

In many beginning jazz piano pieces, the rhythms are swung rather than played straight. Swinging a rhythm means that precision and feel of the tempo is dictated by the performers involved. Eighth notes are typically played with a shuffled interpretation which is driven by a “long, short, long” feel. Before you focus too much on playing a swung rhythm, make sure you master playing simple chord progressions along to the slow beat of a metronome. Add in extended chords and swung rhythms when you feel comfortable. Don’t overthink swinging rhythms. The distinct sound of a swung rhythm can be found all over popular music.

Lead sheets, which are also called fake sheets, are sheets of chord symbols and melodies that jazz musicians use to play off of. Most of these sheets are condensed down to be one page and they don’t often contain lyrics. The “Autumn Leaves” example we went through is not a typical lead sheet. To get down to the length of one page, lead sheets often make use of repeat signs and directions like “”da Capo al Coda,” which means to repeat the music again from the beginning.

Here’s an example of a lead sheet. Notice that the chord symbols sit directly above the corresponding measures of music. The “-” signs next to chord symbols indicate that the chord is Minor. All other chords are assumed Major. Any measure without a chord symbol should be interpreted as a rest. Save for the time signature, there are no specific rhythm directions for the piano accompaniment, so feel free to get creative. 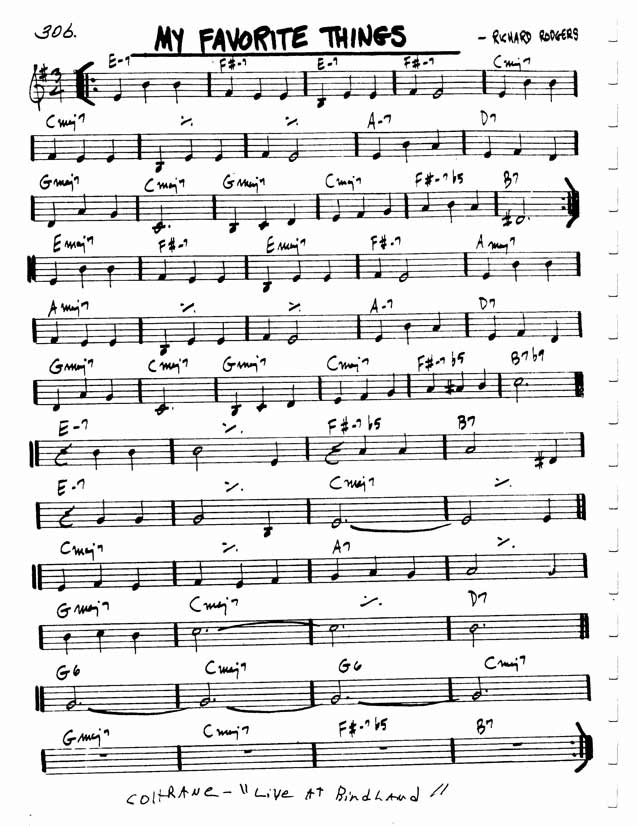 Playing With Other Musicians

Learning to play with other musicians can be a rewarding but often frustrating experience. Every musician is unique and complicated because everyone has different strengths, weaknesses, and approaches to playing jazz. We recommend finding a group of patient and experienced musicians to play with and learn from. The right group of musicians will help challenge you and give you the tools you need to become a better beginning jazz piano player. Playing in a group will help you to hone important skills like listening and playing in rhythm. Also, performing what you’ve learned in a live setting will help you to crystallize the concepts and materials you’ve been working on.

We hope this article on beginning jazz piano has been helpful. Jazz in an incredible art form that can seem unwelcoming to beginners, but with lots of focused hard work and practice, you’ll be able to develop the skills and technique you need to be a great player. We recommend mastering simple chords, learning to extend them, and then practicing chord progressions to the slow beat of a metronome. When you feel ready, start playing jazz pieces with a swung interpretation.