We generally group musicians into two categories: those who can read music, and those who play by ear. Like many things in life, this is an idea that over-simplifies things and doesn’t really explain musicians accurately. Strong musicianship happens when a combination of strong listening, music reading, and understanding of musical ideas happen. The popular notion of “you’ve either got it or you don’t” when it comes to the way we think about playing by ear is also wrong. Yes, some people are gifted with stronger senses of pitch and rhythm than others, but everyone can benefit from learning some basic music fundamentals that can help someone to play by ear. 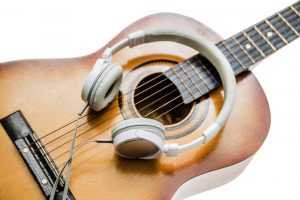 The main difference between reading music and playing by ear is process. Reading from sheet music basically means following instructions that have been meticulously written in order for you to understand and perform a piece of music exactly the way it was intended to be. To play by ear is a whole other ballgame. Playing by ear requires a musician to develop an incredibly important skill in music: listening. This is a skill that lone musicians in practice rooms who spend hours and hours on developing their technique often forget to pay attention to. As musicians, if we fail to listen to the other musicians we’re playing with, we’re missing the forest for the trees. This means that there’s huge benefits in putting the sheet music away and trying to figure out how to play a piece by simply listening to it.

Learn To Ask The Right Questions

What time signature is this piece in?

Taking the time to listen and clap out the pulse of a song or piece of music will help you to determine how the rhythm is organized. If you’re new to trying to play by ear, it’s a good idea to start with music that features conventional time signatures (4/4, 3/4, etc). Your main goal here should be to find where the strong beats are. Are the beats grouped in fours? Then the music you’re listening to is probably in the time signature of 4/4. Are they grouped in threes? Then you may be hearing music written in 3/4 or even 6/8 depending on the speed and feel of the music. Try to determine the tempo (speed) of what you’re listening to so you can match it later.

What tonality is this music in?

By listening, try to determine if what you’re listening to is in a major and minor key. The best way to do this is to try to listen to what chords the music keeps coming back to. If the chords generally resolve back to a major tonality, then what you’re playing is probably in a major key.

Once you’ve started to ask the right questions about the music you’re trying to play by ear you can use some simple music theory ideas to help you identify and then mimic what you’re hearing. Music theory might seem confusing, but it’s simply used to explain what naturally goes on in tonal music. If we can grasp just a few basic music theory ideas, we’ll be able to gain a powerful understanding of the music we hear and play.

Intervals are the note-to-note relationships we hear in music. These relationships are permanent, so if we take the time to memorize them we’ll be able to identify them in the music we hear. Intervals also can be played simultaneously to form chords. We’re going to walk you through popular music’s more prominent intervals, show you how to play them on piano and guitar, and tell you where they can be heard within popular music. The intervals we’ll show you are in the key of C major, but they can be adapted to any key. 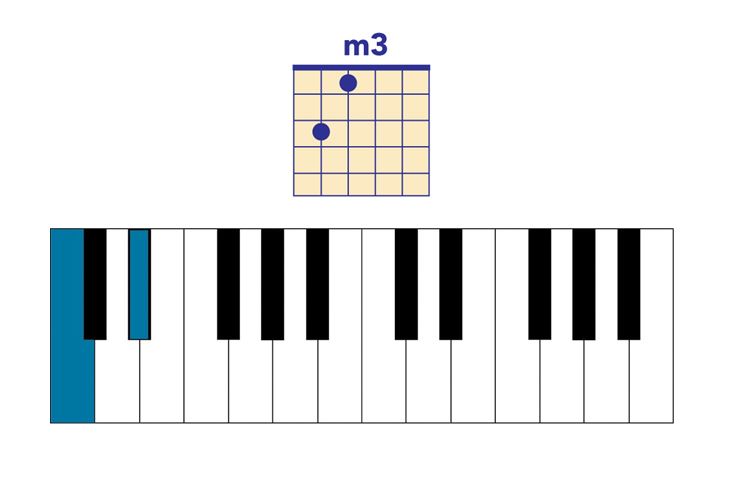 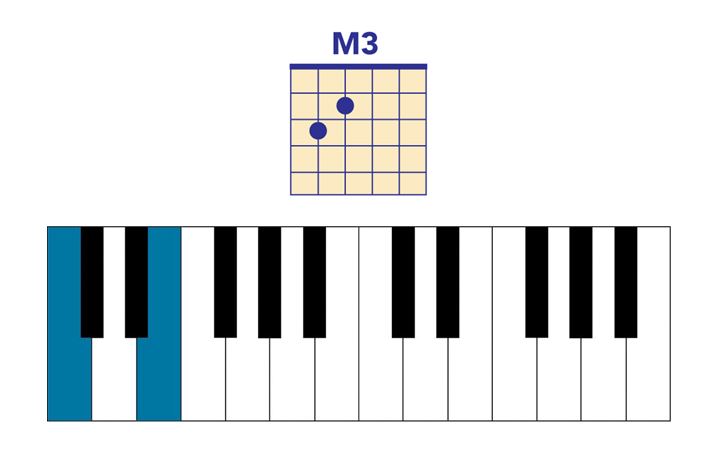 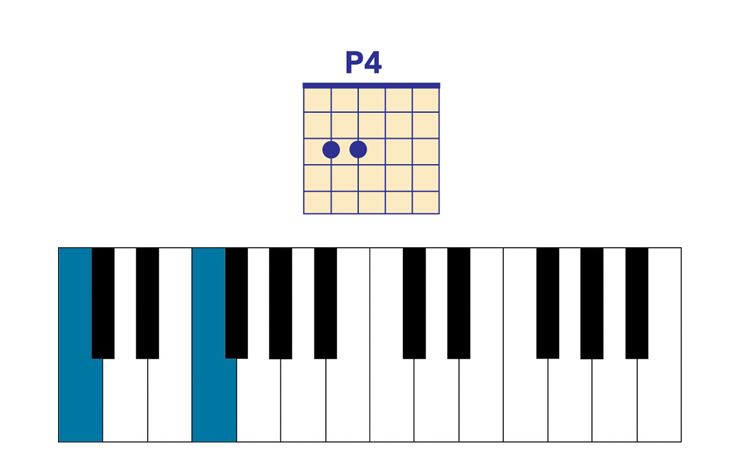 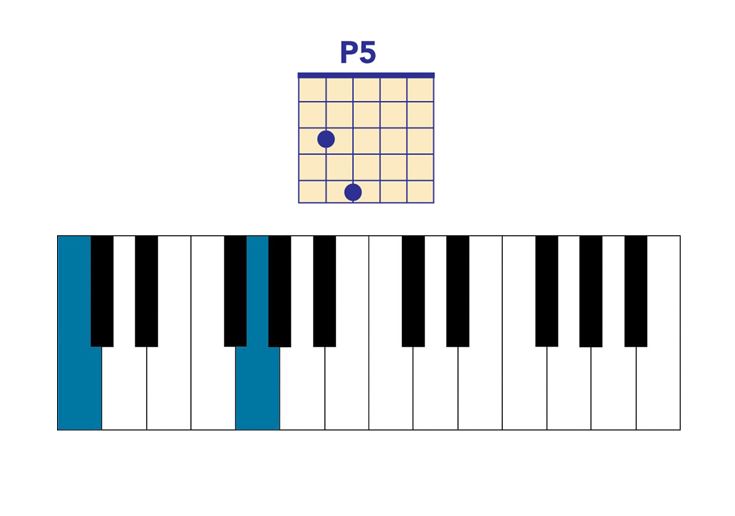 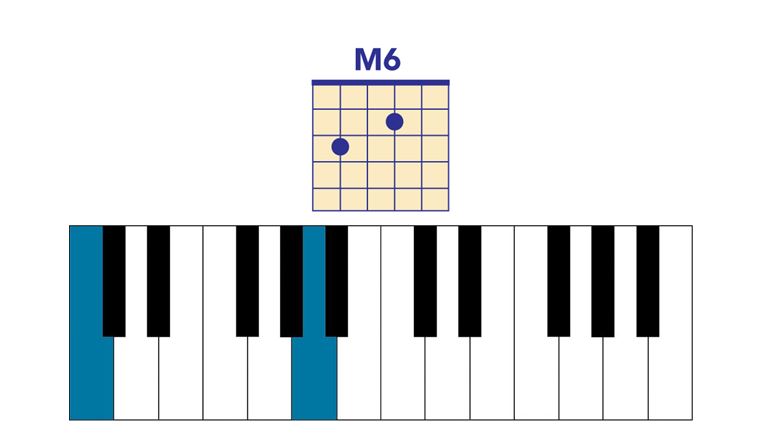 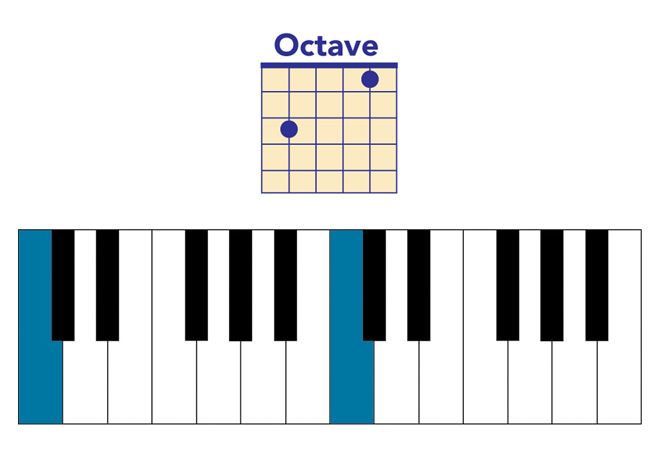 There are other intervals to memorize, but this will get you started. Once you know what each interval sounds like, you’ll be able to identify it in all the music you hear. This is particularly helpful when trying to play solos, riffs, and vocal melodies by ear.

Similar to the way we can use intervals to help us learn how to play melodies by ear, we can use a system of Roman numerals to help us be able to identify relationships between chords within set keys. In major and minor keys, basic chords are built off of each note in a scale. The relationships between chords are so constant and permanent that we can use a system of symbols to describe each chord’s place within a key. That’s where Roman numerals come in.

The chords in natural minor keys look like this:

While trying play by ear, start paying special attention to the way chords sound together. After some practice, you’ll be able to identify entire chord progressions within music. It won’t be long before you’ll begin to hear intervals and chord progressions in the music you listen to.

Learning to play by ear can be difficult, but after some focused practice you’ll be able to give context to the things you’re hearing. This context will help point you in the right direction as far as rhythm, melody, and chord structure goes.