Music theory is oftentimes the bane of beginning musician’s existence. It’s complex, some of the vocabulary is, frankly, antiquated and some of the conventions are born of aesthetics that went out of fashion a century ago or more. Why does theory still matter? Because theory, despite the fact that many musicians regard it as a limitation on their creativity, is actually a way to understand music at a meaningful level. 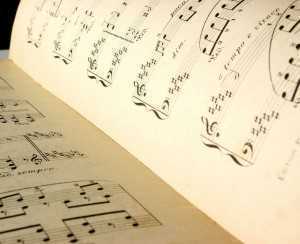 The Modern and the Traditional

Today, musicians in popular music spend little time worrying about whether they’ve gone off-key in a song or whether a wayward tritone has worked its way into a passage that was intended to be harmonious. In many ways, today’s musicians have a level of freedom that their historical counterparts couldn’t have imagined being possible.

In modern music, musicians are more likely to use the precise language of machines to describe what they’re writing, as well. For instance, instead of notating music with a repeat sign to denote that a passage is to be played more than once, today’s musicians will oftentimes just cut and paste a composed part on a recording into another time frame, which is rather akin to writing the same section twice on a piece of sheet music, but which can be done in a couple of seconds rather than a couple of hours.

Today’s musicians would likely refer to an A-440 tone as 440 Hz, to an ostinato passage as a “loop”, and to a loudness shift from forte to piano as a “break”. Does this mean that traditional theory is outdated? Not at all. 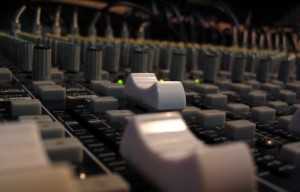 To a large extent, Western ears still perceive music in a way that is largely in line with the teachings of traditional theory. When you hear an inexperienced singer hit a sour note and your entire body cringes, it’s because you have a sense of what is “sour” based on your cultural predispositions to consider certain notes within a series to be harmonious—i.e. in key—and to perceive others as clashing. This is something that goes down to the core of your being aesthetically speaking. Every culture has its own traditions that mirror this effect.

Knowledge of traditional theory makes it easier to communicate with other musicians, particularly when improvising. For instance, it’s a lot easier to call for a chord progression that fits the standard I-IV-V model than it is to ask a guitarist and a bassist to play specific frequencies.

Traditional theory still has its place and is still worth studying. This particularly applies to art and antique music. You could, of course, break down all the frequencies for the notes in one of Beethoven’s symphonies and understand the piece in that regard, but it wouldn’t give you insight into the composer’s thought process when he was writing the piece in the same way that studying the symphony in the framework of traditional theory would. Traditional theory training still has its place and, even in a world of electronic music, it’s still a very valuable tool to have available.

Dealing with Frustration when Studying Music