If you’re a student learning how to play the guitar, getting familiar with blues music is essential.  You probably don’t realize it, but virtually every form of music that’s popular today has its roots in American blues music. When blues originated towards the end of the 19th century, the musicians who formed it had no idea how popular and influential the music they were making would become. The blues bleeds with the sound of longing, dissatisfaction, and discontent, and this makes the success and longevity of the art form that much more surprising. Today we’re going to teach you how to play and understand some blues guitar fundamentals. 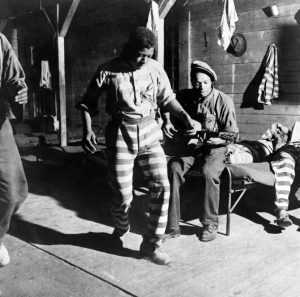 Blues music has its roots firmly planted in America’s shameful history with slavery. When the slave trade brought nearly 11 million African slaves to the United States between 1525 and 1867, African slaves brought their traditions and customs along with them, and this included their music. The unaccompanied songs the slaves would sing during periods of intense physical labor out on southern American plantations would eventually become blues music, and the bedrock of popular music around the world today.

The first blues sheet music was released in 1908, but the genre, which was poorly documented due to discrimination, had gained widespread popularity as far back as 1890. The genre combines European harmonic structures with African call-and-response interplay between vocals and instruments. While the blues was and still is written for many instruments, the genre has found no better platform than the acoustic and electric guitar.

Blues guitar music influenced so much of modern music because of song forms like the 12 Bar Blues. The 12 Bar Blues is a simple chord progression that closely resembles the tension and resolve found in a story. The Golden Ratio is a 2,400-year-old mathematical equation found in everything from the design of large structures to the natural shifts in financial markets, and in the case of the 12 Bar Blues, it predicts that the tension or drama of the chord progression occurs roughly 2/3rds of the way into the progression. Here’s Roman Numeral chord chart for the 12 Bar Blues. Check out our recent article on Basic Music Theory on the Musika Lessons blog if you need help understanding these:

The highest point of tension happens right at the 5 chord at the beginning of the last line. To play the 12 Bar Blues, play four beats per chord symbol in whatever rhythm you choose. Though blues guitar music is often performed with swung rhythms, it certainly doesn’t always have to be. To help get you started, we’ll learn the 12 Bar Blues in the key of E. 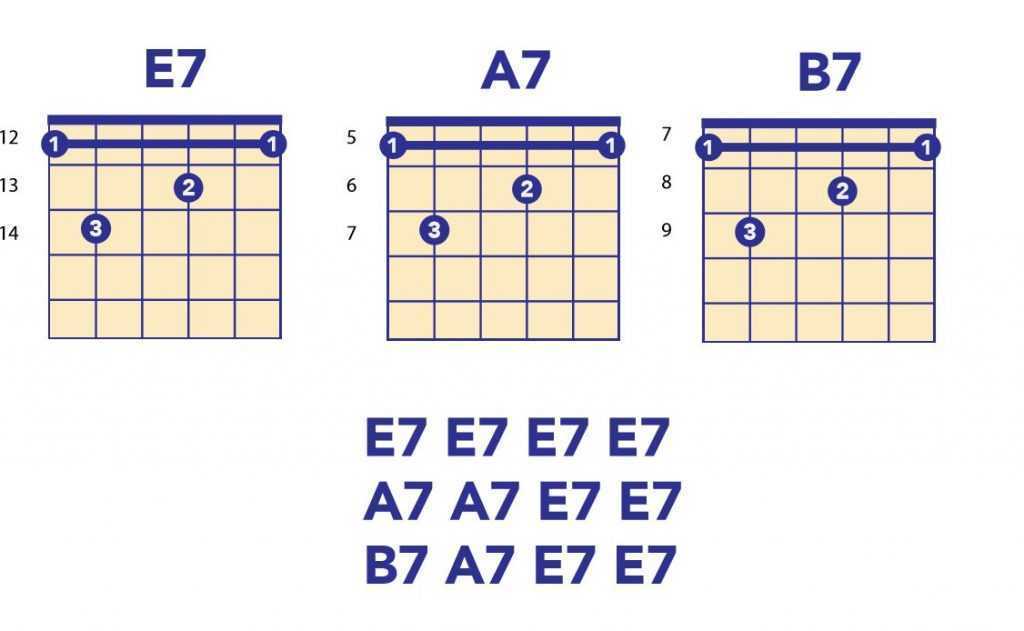 As you can see, all of the chords in this 12 Bar Blues progression are dominant 7th chords. If you want to learn blues rhythm guitar, you have to learn how to play dominant chords. Dominant chords are chords that contain a great deal of tension because they include the interval of a tritone. Traditionally, dominant chords are meant to resolve back to the 1 chord, which is often called the tonic chord, but in blues music this doesn’t happen because every chord is typically a dominant chord. The innate tension in these chords reflects the vivid longing and dissatisfaction found in the lyrical content of blues music.

Dominant chords are built off of a formula of Root + Major 3rd + Perfect 5th +Minor 7th. We recommend learning the barred dominant chord shape and applying that to the 12 Bar Blues because it can be moved all over the guitar. After memorizing each chord shape, focus on transitioning from chord to chord while playing to the slow click of a metronome. Once you know what the 12 Bar Blues sounds like, you’ll be able to hear it in much of the popular music you hear.

Blues guitar music sometimes uses rhythms that are played in a swung or shuffled pattern. A swung rhythm is when the eighth notes in a piece of music are played with a “long-short-long” feel rather than evenly. Though blues music typically doesn’t notate music in this way, this is what a measure of swung eighth notes actually looks like:

If you’re trying to learn a blues guitar song and you hear eighth notes being played that sound jagged or uneven, then the rhythm you’re hearing is a swung rhythm. Here’s a song by the great blues guitarist and band leader B.B. king that features a swung rhythm:

Mastering a few simple scales and exercises can help you bring your blues guitar game to the next level. For all scales, riffs, and exercises, we strongly recommend that you use alternate picking. Alternate picking is when you switch from picking up and then down rather than just picking one direction over and over again.

This is a terrific blues guitar scale that will help you get acquainted with the entire neck of the guitar. There are a few seemingly odd stretches with your fingers here, but it will all make sense once you start learning the scale. If you’re new to the guitar, don’t let this scale intimidate you. Other than the open string, the scale is built off of a repeating finger pattern of Index-Middle-Ring-Pinky on one string and then Index-Ring on the next. Practice this scale slowly to the beat of a metronome.

Learning how to improvise is an essential skill for blues musicians. The genre is set up in a way that invites musicians who’ve never met or played together to be able to perform at a moment’s notice if they’ve memorized a few basic ideas. For instance, lead and rhythm guitar players can improvise by playing notes from an E minor pentatonic or blues scale over chords from the 12 Bar Blues in the same key. 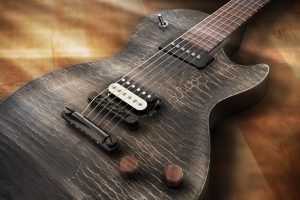 If you’re new to the guitar or the blues in general, it might be a good idea to record yourself playing the 12 Bar Blues on your computer or phone and to practice by improvising over it. Giving yourself a low-pressure environment to explore your own creativity on your own is a good way to learn how to improvise. When you’re ready, take your skills to a jam session with some other like-minded musicians and improvise with them.

The timing, phrasing, and feel of what you play should be informed by the vocal melodies found in blues music. Sometimes students tend to overplay while improvising, and this can be a problem. Think of it this way: If you have one friend who talks non-stop and another friend who only speaks when they want to say something important, who are you more likely to listen to? The great trumpeter and composer Miles Davis put it best: “Music is the space between the notes. It’s not the notes you play; it’s the notes you don’t play.”

Reverence For The Blues

It’s easy to forget, but blues music was born out of a place of suffering and loss. Blues guitar music has shaped the music we all know and love in profound, unshakable ways, but in 2017 it might be tempting to forget the roots and history of this incredible style of music. While learning how to play the blues, it’s a good idea to research the history and story of this incredible American art form.