Are you a singer who has been taking lessons for a while and is looking to improve your vocal technique at home? Although every voice teacher will use a unique set of vocal exercises with students 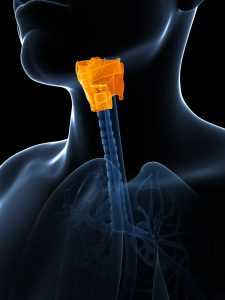 that help develop vocal technique, my purpose in composing this article is to outline a few of those chosen exercises specifically meant for the experienced singer to use on his or her own, whether that experience be a few months or a few years of voice lessons. One of the easiest and most effective ways to improve vocal technique is to incorporate vocal exercises into your consistent practice regime. These exercises should not only warm up the voice, but also challenge the singer’s current abilities. Once the singer has mastered the basics, some of the following exercises will expand on those introductory exercises while others will work specific technical skills every vocalist will need. Check out this article for beginning exercises.

The following vocal exercise may appear simple, but the singer will quickly realize its challenge—keeping the voice well-supported while maintaining a quick speed. This exercise serves the singer best when used early on in the warm-up process as it checks in with the breath and doesn’t cover too much vocal range too quickly. Begin by choosing a single pitch in the middle or lower part of the vocal range and singing the chosen pitch on a “hi” consonant/ vowel combination (pronounced “hee”) in the following sequence: four times at a medium tempo immediately followed by eight times at a fast tempo and finishing by sustaining the pitch for a couple of seconds. Repeat up by half step for a few repetitions. Listen to the example below for a starting tempo, eventually challenging yourself to push the exercise faster.

Fourths and sixths are a couple of those intervals that appear frequently across all musical genres but are surprisingly tricky to hear and sing independently. Once singing more basic intervals feels comfortable, such as thirds and fifths, try adding these next two intervals to the mix. I’ve included three vocal exercises below to help build confidence with fourths and sixths—the first exercise, a breakdown of the fourth; the second exercise, a sequence incorporating both a fourth as well as a third (these two intervals are separated by only a half step and therefore challenge the singer’s ear); the third exercise, a sequence incorporating a sixth that resolves down a third (rather than resolving to the starting pitch, “Do”). Begin by singing just the isolated fourth on any one vowel somewhere lower in the vocal range. Continue a few repetitions up by half step, switching vowels as you go. Continue through the second and third exercises using the same method used for the isolated fourth.

An octave (also known as an 8th) is the largest interval discussed in this article. An octave covers the space of eight notes or pitches, and just like any other interval, it can be sung as an ascending or descending vocal exercise. Beginning by singing a chosen pitch lower in the vocal range on an “a” vowel, slide up the octave (that same pitch an 8th higher), and finish the exercise by sliding back down to the starting pitch. By learning this exercise on a vocal slide, the voice can more easily and safely adjust to the large interval; however, once the exercise has been repeated a few times going up the scale by half step, try eliminating the slide and repeating the exercise precisely as three distinct pitches.

A full major scale covers an octave’s worth of notes by beginning on a single pitch and ending on that same pitch up the octave. Scales are great for ear training and time efficiency since they cover a large portion of the vocal range in a short amount of time and include a combination of whole steps and half steps. The easiest way to sing a major scale is to think of the exercise as a ladder and each pitch is a step up or down. To begin, choose one vowel and a starting pitch lower in the vocal range (ideally the same pitch you began on when practicing octaves). Sing an octave up just to locate your highest pitch, and then begin the exercise by singing each of the notes between the two pitches beginning with the lower chosen pitch and ending with the higher chosen pitch. Immediately head back down the scale once the highest pitch has been reached to finish out the exercise.

Tongue Rolls used as vocal exercises (or rolled “r”s, the technique you would use to roll an “r” in Spanish or Italian) provide an excellent measurement of breath support and breath consistency. A singer won’t be able to finish singing a phrase using a tongue roll unless the breath is fully engaged—instead, the rolling action will immediately stop once the breath energy disappears. To begin, try producing a tongue roll on a single pitch (somewhere easily within vocal range) followed by a breath. Repeat the tongue roll on a single pitch a half step lower, and continue this sequence until the rolls are consistent. Next, try singing the tongue roll as a continuous phrase in a descending 5-note scale (Sol-Fa-Mi-Re-Do in solfege), beginning in the middle of the vocal range and moving either up or down by half step, depending on the singer’s preference.

This clever exercise comes from my fabulous former voice teacher at The Boston Conservatory. She took a warm-up drill used by trumpet players and adapted it for singers—the result is a vocal exercise that not only challenges the vocalist’s agility but also challenges the brain. This exercise can be broken up into two parts, and I would highly recommend practicing each part separately before combining them into one sequence. When first learning this exercise, try singing each pitch on “Di” (pronounced “dee”) in the middle of the vocal range, working your way up by half step with each repetition. Using the “d” consonant will keep the pitches precise and articulated. Then, try eliminating the consonant and singing the vocalise as a legato vowel exercise. Keep your tempo slower at first, gradually speeding up once you feel comfortable and confident.

Sequence: Sing parts 1 and 2 as one continuous musical phrase

Any singer learning classical technique will encounter trills at some point in his or her studies. Although trills typically take some time to learn accurately and are rarely sung out of the context of a song or aria, practicing singing them provides some wonderful vocal exercises. Start by choosing a pitch higher in the vocal range but still comfortable and easy to sing. Sing the chosen pitch, and then sing one pitch down the scale, immediately returning up the starting pitch. Flip between the two pitches for a few repetitions, gradually increasing speed. Try this same exercise in several places throughout the vocal range. The key to successfully increasing the speed of the flip between the two pitches is to keep the voice light and agile; eventually, the flipping will turn into a seamless flutter in which both pitches are fused into one continuous sound. Remember—this particular exercise takes time to feel comfortable. Start slow and practice consistently. Listen to the audio example for a demonstration:

I’ve outlined a typical vocal exercises warm-up plan that any singer can use and customize to his or her own experience level and needs. When designing your individual practice plan, keep the following guidelines in mind:

If you’re in the market for vocal exercises that will continue to challenge you and push you to the next level, then talk to your voice teacher about incorporating some supplementary material into your practice routine. Some common compilations of vocalises are Vaccai, Marchesi, Lütgen, and Sieber. These books of exercises each have varying technical focuses, so I encourage you to choose an option that best suits your current vocal goals and experience level. That being said, any of these compilations will make great additions to any singer’s development

4 Great Exercises for Singing with a Smooth, Even Tone