Introduction to the Final Part of the Series

This blog post is the fourth and final part of a series on learning how to play comfortably in 12 keys entitled Jazz Exercises for the Saxophone. Does this mean that you’re now an expert on 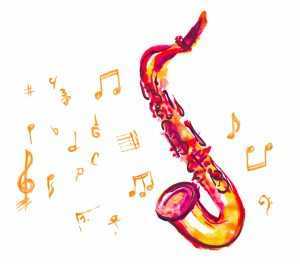 playing in 12 keys? No. This series is meant to be an introduction of sorts. It is not a comprehensive method. Remember, studying jazz is a lifelong process. I don’t have any more clever anecdotes or hypothetical situations to explain why learning to play and think comfortably in all the keys is incredibly important. Just know that it is a very necessary part of becoming and being a successful jazz musician and a very beneficial and rewarding part of being a musician in general.

I have met very talented classical musicians that do not possess the skills to be able to fluently transpose and play in all the keys comfortably. I have met musicians who only know to play “Happy Birthday” in one key, if they know it at all. If you ask them to play it in a different key, they can’t; or they would have to practice it. Likewise, there are some musicians that can sing a simple melody but are unable to play it on their instrument without practicing it first. Having the ability to play comfortably in 12 keys will make you feel like a better musician and will get you respect from other musicians. The way to develop that ability is to put in the time practicing jazz exercises.

Learning a Jazz Standard in 12 Keys

In the previous blog posts, we went over playing basic digital patterns and other simple exercises in 12 keys as well as playing simple melodies through all of the keys. The next step is to learn jazz standards in 12 keys. To do this, we’re kind of combining the digital patterns and the simple melodies methods. When learning jazz standards in 12 keys, not only do you have to learn the melody in 12 keys, but you also have to figure out the harmony in 12 keys, so you can eventually improvise over the tune in every key (remember, it is very common for jazz singers to call a tune in a key that is not the original, so it helps to be completely prepared by making jazz exercises a part of your regular practice regimen). 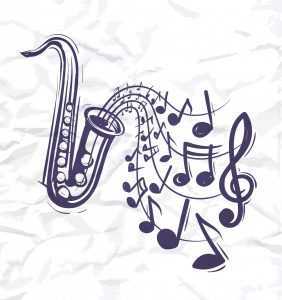 Some jazz standards’ melodies utilize only one scale, so it’s not so difficult to learn the melody in 12 keys. Look at the melody to “There Will Never Be Another You” or the ‘A’ sections to the melodies of “I Got Rhythm” and “Cherokee”. For the most part, all of the notes in each melody are part of only one scale. So, to transpose the melody to other keys, we can simply utilize the number system applied to the scale that the melody is derived from (as we did in the last blog post with simple melodies such as “Happy Birthday” and “Twinkle Twinkle Little Star”). The melody to “There Will Never Be Another You” uses solely the C scale. So, the first line of the melody can be written as 5671235212. To improvise over “There Will Never Be Another You” in 12 keys, though, you would have to learn the harmony in 12 keys as well. Lucky for us, we don’t have to learn the rhythm in 12 keys. To learn the harmony through all of the keys, we utilize Roman Numerals. Using the Roman Numerals system, the first line of the melody would be harmonized as Imaj7 vii-b5 III7b9. This might be a little confusing right now, so I’ll explain it using a different tune with diagrams.

To better explain the Roman Numeral system for learning a song’s harmonic structure in 12 keys, I’ll use the tune “All of Me”. Like many jazz tunes, “All of Me” has a melody that doesn’t use solely one scale. Many jazz tunes modulate several times, so it would be difficult to have a melody that utilizes only one scale. In addition to being difficult to write, it also wouldn’t sound as colorful or interesting to the listener. In the first example, I’ve written out the melody to the first eight bars of “All of Me”.

You can see that there are a few notes outside of the C scale, so it would be difficult to think in terms of just the C scale when transposing to other keys. To illustrate, the first line of the melody would look something like 1531217#53653#23b7654. Try learning that in 12 keys. The reason that there are notes outside of the C scale is because the harmony goes outside of harmonies normally associated with the C scale. Harmonies associated with the major scale would be I ii iii IV V vi vii. The second and third chords of “All of Me” are III and VI respectively (they’re actually V/V/ii and V/ii, but that just complicates things further).

So, to make it easier to learn the melody and harmony in 12 keys, we can learn them together. When we relate the harmony and the melody to each other in these jazz exercises, transposing them is easier. Like with the digital patterns, we can associate the numbers of the scale degrees with the harmony rather than with solely one scale. Under the first chord, we would use 153121 because the first chord is the I chord. Under the second chord, we would use the numbers 531 associated with the III chord. This might seem more difficult at first, but it makes things much less complicated in the long term. I’ve even had teachers who say they always learn tunes using Roman Numerals instead of ever learning the actual chord. This way, they have an easy time playing that tune in 12 keys right from the start.

Learning a Bebop Tune in 12 Keys

Directly above, I said it would be difficult to learn the melody to “All of Me” in 12 keys using numbers in association with only the C scale. Some of you may have taken that as a challenge. It definitely is difficult, but not impossible. For those of you who accepted that as a challenge and succeeded, I now challenge you to try to do the same with a bebop tune. I feel confident saying that this challenge is near impossible to complete, even for a seasoned musician. Also, with the specific tune I’ve chosen as an example, not using Roman Numerals would make things way more difficult. First, check out the melody to the first sixteen bars of “Groovin’ High”.

Now, check out the Roman Numerals with their associated scale degrees.

You can see that measures 3-4, 7-8, and 11-12 have the same numbers below the melody. The melody is the same, but it is in three different keys. If you were to think of them all in terms of the Eb scale, the same melody would have different numbers below it in each key. You would be making things way more complicated than they have to be.

With the information provided in this blog series so far, we understand quite a few fundamentals necessary to learning how to improvise. In the second part of the series, we worked on combining and applying digital patterns and common resolutions to tunes in order to start learning how to improvise. After part three and the first portion of this article, we are ready to learn some more advanced concepts to help us learn to improvise at a higher level.

We spoke a bit about the ii-V-I progression and incorporating it into jazz exercises a couple of blog posts ago. Learning ii-V-I lines through all of the keys is a good way to begin learning how to improvise at a higher level. The first ii-V-I example is one of the basic digital patterns we worked on in part one applied to the ii-V-I progression. I’m sure this will be easy for you to learn in 12 keys and apply to some tunes that you know.

The next example comes from the tune “Groovin’ High” that we learned above. Remember, measures 3-4, 7-8, and 11-12 are all the same. Although they have different Roman Numerals based on the key of Eb, they are all actually ii-V-I progressions. You already know this line in three keys.

Application of Lines to a Jazz Standard

You can take the other two ii-V-I lines that we learned above and apply them as well. You can also find ii-V-I lines in other tunes, in method books (there are plenty of method books entirely about the ii-V-I progression, as well as plenty of books with chapters dedicated to the ii-V-I), in other jazz musicians’ solos, etc. Eventually, once you have a strong knowledge base, you can make ii-V-I lines up yourself. Applying these lines to every ii-V-I progression in a given tune can be an extremely effective etude of sorts. It will end up sounding like an etude, though. The next step would be to take maybe two ii-V-I lines and alternate every time a ii-V-I progression comes up in a tune. Then you can do this with three ii-V-I lines, four ii-V-I lines, etc. and eventually it will start sounding less like an etude and more like a convincing improvised jazz solo.

Conclusion to the Final Part of the Series 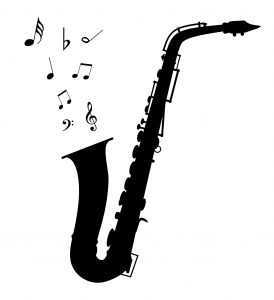 This blog post concludes my Musika blog series entitled Jazz Exercises for the Saxophone, which focuses primarily on learning to play comfortably in all 12 keys. As I mentioned above, this is by no means a comprehensive method. It is, though, a very good start to learning how to improvise and play in 12 keys. If you’re an aspiring jazz musician, this series will provide you with some basic and necessary fundamentals for learning how to improvise. If you don’t aspire to be a jazz musician, that’s okay. These posts will provide non-jazz musicians with tools that will make you a much better and much more respected musician. In future blog posts, I will write about other topics related to jazz, saxophone, and music in general. Keep an eye out.