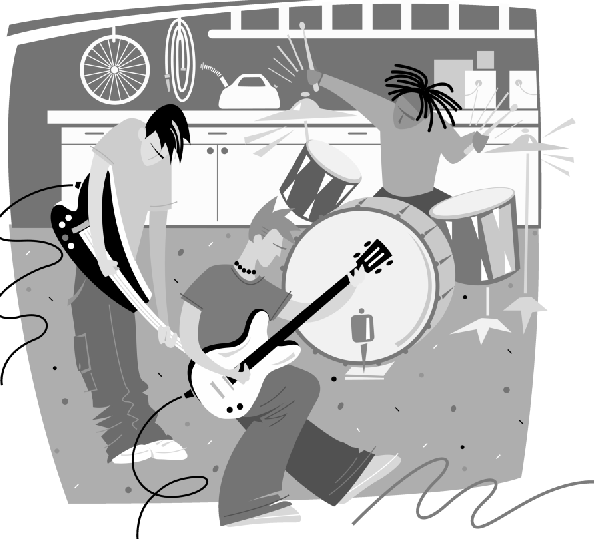 The most popular form of the blues and of popular music in general is the twelve bar blues. This basic structure has been used to write countless songs in many different genres of music and not just the blues. If you master the 12 bar blues style you can expect to find yourself able to play blues classics such as:

And countless other songs from the blues, jazz, country popular music genres.

Get ready to jam!

Another great thing about learning to play the twelve bar blues is it can have you jamming with other musicians in no time. Because this pattern is so common and recognizable it allows musicians to easily play with one another even if they have never done so before.

The 12 bar blues pattern is one which follows the pattern of having three lines per verse, with the first line being repeated. It is easiest to understand when it is broken down into 3 sections of 4 bars.

Each bar will have a certain chord played. The chord progression is illustrated as I-IV-V.

Looking at the table below, each section is 4 standard beats in a 4/4 time piece of music. The chord progression for a 12 bar blues would look like this:

The Roman numerals represent the chord you should be playing. For example, if you are playing the blues in the key of E you would play the chords E, A and B7 in the following patterns with 4 beats per bar:

B7 is used because it is easier to play than B, unless you choose to do a barre chord on the second fret. It is up to you on whether you want to play the easy B7, or the more difficult B chord.

A variation that you can start working into your 12 bar blues progression is know as the quick four. It’s 50/50 in songs that do and do not use it, feel free to slip it in when it feels right.

The only thing that changes is that the second bar’s I chord is replaced with the IV chord for 4 beats so that the first 4 bars look like this when playing in the key of E, as we have been doing above:

As you can see, the last 8 bars are exactly the same. This change happens right at the beginning of a song, if you’re jamming with your buddies be aware of the fact it may happen!

The Turnaround bar – keep on playing!

If you and the guys have really hit a groove you can basically hit the repeat button and start over on the last 4 bars. This gives the opportunity for another verse, a solo or even to slowly work the song down for a fade out.

The only thing that changes is the very last bar of the progression. We’ll keep it in the key of E as above and not use a Quick 4 so that only the Turnaround bar changes.

What happens when you reach the Turnaround bar is just what you think – you turn back to the beginning of that measure to the last use of the V chord (B7) and play the progression over again.

To give you a list to play around with, so that you can find a comfortable set of chords to practice on, here are all 12 keys and their chords listed as I – IV – V with the first chord indicating the key:

The 12 bar blues, and the three chords above, are the basis for most pop and rock songs. Take them and plug them into the I – IV – V pattern, sing a song and be surprised by how many popular songs use the same chord progression!