Musical Theatre is a unique musical genre in that it touches nearly everyone, whether it be through a live performance on Broadway, the latest Hollywood blockbuster, or your school’s current theatrical production. Musical Theatre’s accessibility and relevance today makes learning to sing this repertoire all the more important. Chances are that any voice student has dealt with his or her fair share of Musical Theatre assignments, and for good reason. Specifically, soprano Musical Theatre songs provide a diversity of style and role types and unquestionably help develop the technical skills needed for any successful soprano singer. 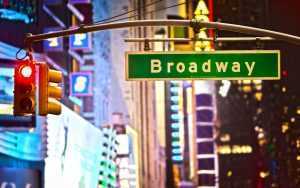 When first choosing soprano Musical Theatre songs to learn, keep in mind that there are broadly two types of styles of singing when it comes to music written specifically for soprano voices. More subtle variations of those two styles exist, but the easiest way to divide this repertoire is to classify songs as either “classical” songs or “contemporary/ belter” songs. It’s essential that every singer pursuing Musical Theatre as either a career or a hobby be versatile and able to sing both styles.

“Love, Look Away” from Flower Drum Song (Rodgers and Hammerstein)

“Show Me” from My Fair Lady (Loewe and Lerner)

“Somebody, Somewhere” from The Most Happy Fella (Frank Loesser)

“Vanilla Ice Cream” from She Loves Me (Bock and Harnick)

“Glitter and Be Gay” from Candide (Bernstein and Wilbur)

“Summertime” from Porgy and Bess (Gershwin and Heyward)

“Poor wand’ring one” from Pirates of Penzance (Gilbert and Sullivan)

“Vilja Song” from The Merry Widow (Léhar and Léon)

“What Good Would the Moon Be?” from Street Scene (Weill and Hughes)

In contrast, while classical technique will provide an excellent foundation for any style of singing, contemporary and belter Musical Theatre songs use a vocal technique more similar to that used when singing pop and rock. Unfortunately for sopranos, the bulk of women’s belter Musical Theatre repertoire lies within the mezzo soprano range. Although they’re less plentiful, contemporary options that help sopranos develop the skills to belt healthfully not only exist but also continue to be composed, such as:

“Someone Like You” from Jekyll & Hyde (Wildhorn and Bricusse)

“With You” from Ghost the Musical (Stewart and Ballard)

“Your Daddy’s Son” from Ragtime (Flaherty and Ahrens)

While most Musical Theatre repertoire requires a certain amount of technical skill and vocal maturity, many songs are entirely appropriate for kids and young teens to learn and are even written specifically for younger voices. Additionally, several popular Disney movies have been adapted to a live theatrical format and provide a wide array of potential song options:

“Castle on a Cloud” from Les Misérables (Schönberg and Kretzmer)

“Part of Your World” from The Little Mermaid (Menken and Ashman)

“Over the Rainbow” from The Wizard of Oz (Arlen and Harburg) 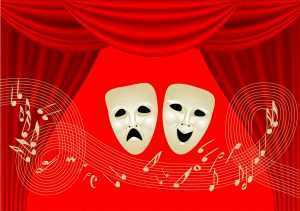 Musical Theatre repertoire can be challenging and time consuming to learn; however, an understanding of the genre is well worth the time commitment. To maximize your experience when learning a Musical Theatre song, please consider the following tips:

If you’d like to expand your musical theatre repertoire further, I would recommend starting with an anthology. Although most soprano Musical Theatre songs are widely available by show both in print and digital formats, anthologies provide the wonderful overview of styles and eras. Listed below are a few basics to get started that will make welcome additions to any active singer’s bookshelf:

Tips for Singers: Easy Steps for a Better Voice