It has been said that the entire rock and pop genres are built on four chords (If you need some proof, we recommend that you let The Axis of Awesome do all the convincing for us). And luckily for you, the amateur pianist (we prefer the term, “gentleman” or “gentlewoman” pianist), the simplicity of the rock genre makes it easier for you to learn piano rock songs with minimal practice time. With a little bit of listening, a little bit of practice, and a little bit of trial and error, you can: 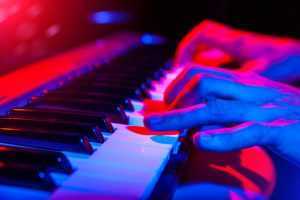 That being said, we decided to suggest a few jams. We’ve included some background information about each song, some reasons why they work well for amateur pianists, and links to performances and sheet music. At the very least, we hope you get to know these classics a little bit better, and at the most, we hope you learn how to play these piano rock songs!

As always, we’d love to tell you more about how the teachers in our network can teach you to play these songs through professional, affordable lessons in your home or in a studio. 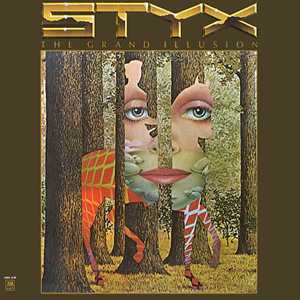 Here’s a true prog-rock beauty that also provides great piano training exercises (check out the chord sheets). Dennis DeYoung included some interesting chord ideas too, and the maj7, sus4, and sus2 really come across in recordings—a huge plus for pianists trying to imitate sounds by ear.

The “prog-rock” thing kicks in when the piano is abandoned in the second part of the song (say hello to heavy drums and electric guitars). Since this a piano-centric post, we have to say that the piano section is far superior to the latter half—but honestly, it’s all pretty cool.

Regarding the form of the song, “Come Sail Away” juxtaposes two main concepts: first, Styx goes for a ballad-like opening, complete with piano and synthesizer interjections. In the second half, they focus on thick guitar texture and heavy drumming. The album version features a full minute-long synthesizer tangent in the second half.

Don’t let the 16th notes in the intro scare you away, this is still one of the great easy piano rock songs. Practice them first by “blocking” chords—play all the notes of the broken chord together, then break them apart into 16ths once you can navigate from one chord to the next. For instance, beats 1 and 2 (refer to the sheet music), are on a broken C chord. Beats 3 and 4 stay on a D minor chord, or the minor 2. 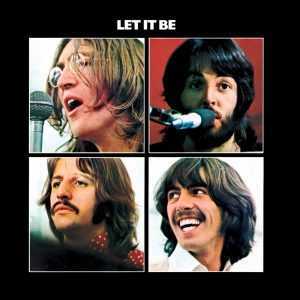 The Beatles released “Let It Be” in March of 1970—first as a single, and then as the title track to their final album, Let It Be. The album was released shortly after the band’s breakup. Paul McCartney wrote the song and performed the vocals, and it rose to #6 on the Billboard Hot 100.

Many people think that the “Mother Mary” reference in the song refers to the Biblical Virgin Mary, but McCartney has clarified that the “Mary” refers to his own mother, who passed away from cancer when Paul was a teenager. The title words, “Let It Be,” are inspired by actual words from his mother as well, rather than a second Biblical reference. According to Dr. Jeffrey McLeod, “McCartney typically answers the question by assuring his fans that they can interpret the song however they would like.”

Why Is This One of the Great Piano Rock Songs

Fortunately, great songs don’t have to be complicated—”Let It Be” is a perfect example. Here’s a snippet of one sheet music arrangement:

The left hand has minimal work to do, but you won’t be left with a hollow-sounding piece of music. Better yet, the chord structure sticks to the typical I, V, IV, vi pattern most of the time, so your right hand won’t have too much work to do either. Here are some links: 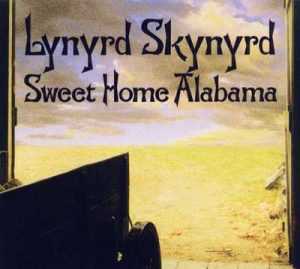 This classic came to us from the southern rock band Lynyrd Skynyrd in 1974 as part of its second album, the aptly named “Second Helping.” It reached #8 on U.S. Billboard Hot 100, and ironically, it peaked higher (#6) in Canada—it did have to compete with the likes of Barbra Streisand, Aretha Franklin, Elton John, and Paul McCartney after all (among others).

The song was not without controversy, but that shouldn’t come as a surprise given the tense political climate of the American South during the 1970s. Neil Young had written “Alabama” and “Southern Man” in the early 1970s; the racial subject matter elicited a strong response from Lynyrd Skynyrd, and you can clearly hear the band’s resentment of the Alabama governor in the lyrics.

Why It’s Great on the Piano:

Who doesn’t love the iconic three-chord progression in the introduction (which was almost undoubtedly inspired by Led Zeppelin’s “Your Time Is Gonna Come”— keep listening until 1:40)? It’s simple, easy to learn, and instantly recognizable. You can even keep the same hand position when you move from the V chord to the IV chord in the first measure. The  MusicNotes.com arrangement keeps the left hand simple by repeating the opening rhythm in the bass throughout the song.

Music and Chords  for Practice 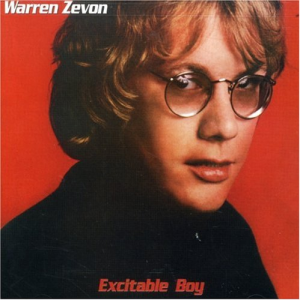 This popular song, from Warren Zevon’s 1978 album, “Excitable Boy,” will sound familiar to you if you haven’t heard it already—The introduction is almost a carbon copy of “Sweet Home Alabama.” Differences include slight changes in harmony and different instrumentation, but the overall impression is still there. Considering how Lynyrd Skynyrd’s hit came only four years prior, it’s hard to imagine that Warren Zevon (and co-writers LeRoy Marinell and Waddy Wachtel) didn’t have “Sweet Home Alabama” in mind. They both make for great, easy piano rock songs.

Originality aside, the opening lyrics in “Werewolves of London” are funny enough to make anyone a fan, and the catchy tune reached number 21 on the American Top 40 charts. It remained in the top 40 for six weeks.

Why Does This Work For Piano?

One simple reason: the piano was featured in the original recording. If the piano was good enough for Warren Zevon, it’s good enough for us! Besides that, the song does retain all the simplicity and catchiness of “Sweet Home Alabama,” and we think you will enjoy adding this to your list of easy piano rock songs. It’s safe to say that the left hand is easier in this song than it is in “Sweet Home Alabama,” although we are using the MusicNotes.com sheet music as a point of reference. 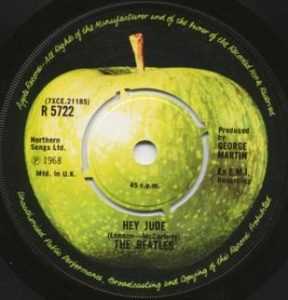 Sometimes the greatest music comes from great sorrow, and “Hey Jude” is a perfect example. Although Paul McCartney himself wasn’t going through relational hardship, it was difficult for him to watch his friends John and Cynthia Lennon go through a divorce (a result of John’s affair with Yoko Ono). Perhaps more difficult than the divorce was the fact that the Lennons had a son, Julian, whom Paul was close to.

While on his way to visit the Lennons, McCartney wrote a tune called “Hey Jules” to help console Julian Lennon. Thus “Hey Jude” was born. The seven-minute song went on to become the longest tune up until that point to top the British Charts, and it remained #1 in the United States for an astounding nine weeks. It was sold over 8 million copies, has won numerous awards, and continues to be popular today.

Why Is This Rock Song Easy For Piano?

Despite the unusual form (it is essentially a binary song with an added four minute long coda), “Hey Jude” is a great addition to your personal piano rock songs library. The chord structure was left intentionally simply for both artistic purposes and so that McCartney could freely improvise parts of the vocal line over the bass harmonies. Most arrangements of “Hey Jude” feature a left hand part that simply plays triads in a repeated quarter note rhythm; technique and speed shouldn’t be an issue.

Besides all of the regular tenants of good practicing, try something a little bit different when learning this tune. Make sure you practice the right hand melody line alone, not just so that you get the notes right, but so that you refine the phrasing. In other words, make it sing. One great way to accomplish this is to listen to a recording before sitting down at the piano. When you start to play, try and imitate some of McCartney’s nuances and interpretations of the melody—before you know it, you’ll be playing more musically, and you might even be adding musical ideas of your own. Your audience will hear the difference, we promise! 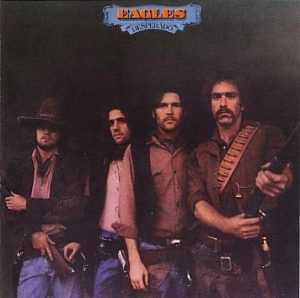 “Desperado” is often considered the first major song collaboration between Glenn Frey and Don Henley, and although they wrote many wonderful Western ballads with the Eagles, “Desperado” made it onto Rolling Stone’s “The 500 Greatest Songs of All Time” list (“Hotel California” is the band’s second representative. The song is also the title track of the 1973 Eagles album “Desperado.”

Henley says that the raw material behind “Desperado” was already written as far back as 1968, but the partnership between him and Frey brought about the iconic form of the song and the famous lyrics (the form is so well-written that some AP theory courses use “Desperado” in teaching material). “Desperado” was recorded in London in collaboration with instrumentalists from the London Philharmonic. Strangely, “Desperado” never charted on Billboard until the death of Glenn Frey.

Why You Should Learn To Play This Song On the Piano

Like “Hey Jude,” this is a song that lives and dies by the vocal lines. If you “clunk” out the tune in a mechanical way, your audience will cringe (and maybe die). Listen to Don Henley’s vocals and get a feel for his inflections and emphasis. Then take that emotion to the keyboard and come up with some of your own phrasing ideas. Imagine you’re a vocalist (if you’re not already singing along), and write in breath marks where a singer would need to breathe. This is a great song to learn how to shape phrases and avoid mechanical playing.

Which one of these piano rock songs will you start learning first? Contact Musika if you would like some pointers from a professional teacher, we’d love to help you enjoy music in your own life more. Many of the teachers in our network love classic rock songs as much as you do! You’ll also find that there are many more great piano rock songs out there, so don’t settle with this list. You can even start with other songs from the bands listed above.

Adam G. is a freelance copywriter and journalist who double-majored with piano pedagogy and euphonium during undergrad before pursuing performance in graduate school. He is a former runner-up for the US Army Band National Collegiate Solo Contest and silver medalist at the Young Texas Artists competition. He is a general contributor to the Musika Blog.