If scientists in a lab were tasked with creating a musical instrument that’s approachable, easy to hold and unpretentious, they’d probably come up with something like the ukulele. This remarkable instrument is perfect for musical folk and non-musicians alike, and sitting down to learn the ukulele can deliver huge benefits to everyone ranging from small children to the elderly. If you’re interested in picking up the uke for the first time, you’ve come to the right place. We’ve got 10 reasons why everyone should be playing ukulele for you in this article. 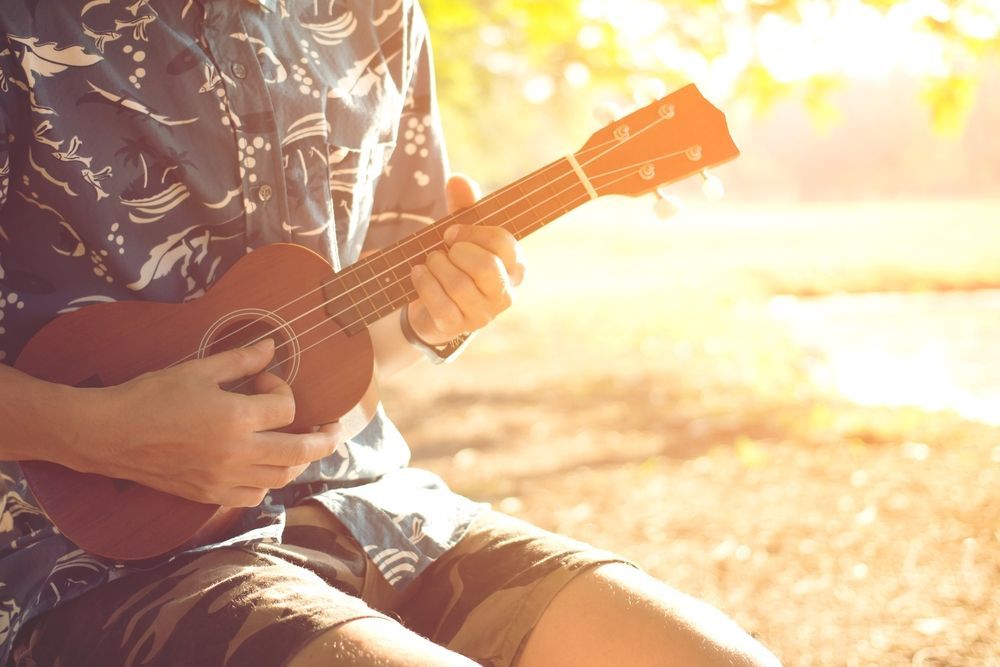 Reason #1: Ukes are small and easy to carry

Ukes are some of the tiniest instruments on the planet, and that should be music to your ears if you’re looking for something to play that’s small, portable and easy to hold. The piano is a phenomenal instrument, but bringing it along with you on your next camping trip isn’t exactly a viable option. Even smaller instruments like guitars can be a real pain to transport to and from work or musical performances––think about carrying an acoustic guitar with you during rush hour on a crowded subway train–– but with the average soprano ukulele weighing in at just under a pound, traveling around with a uke is a breeze.

In addition to being one the most portable instruments around, ukuleles are also much less difficult to hold than guitars are for children and smaller-than-average adults. Even simply holding an average-sized guitar can be difficult for some kids and adults, but the uke’s small size and lightweight frame makes it a great instrument to pick up.

Ukuleles are also significantly more durable and less expensive than other small instruments like violins, so you don’t have to be paranoid about it getting broken damaged if you decide to take it along with camping or on road trips. Happy trails!

Reason #2: Most songs can be easily adapted for the ukulele

Most songs found in popular music are able to be played easily on the ukulele, and songs with chords that are challenging to play on other instruments can be paired down and simplified for the ukulele. This means that most of the music you come across in popular culture can be adapted to the ukulele.

If you’re an aspiring singer looking for an instrument to work with, playing ukulele can get you access to thousands of easy songs to sing with. And with a massive amount of free uke-related resources out there on the internet, it’s never been easier to adapt your favorite songs to the ukulele.

Even songs with complicated chords can be made simple on the ukulele because of the instrument’s simple construction. Instruments like pianos and guitars feature huge ranges of notes, but with only four strings, the ukulele’s limited range makes it approachable and easy to adapt songs to.

Reason #3: The uke is one of the world’s friendliest instruments to children and complete beginners

Practically everything about the ukulele––its small size, lightweight frame and easily pressed-down strings––makes it one of the easiest instruments to play on the planet. If you’re looking for a starter instrument for a young child or just something fun to pick up yourself, the ukulele is going to be your best bet for a couple of reasons. 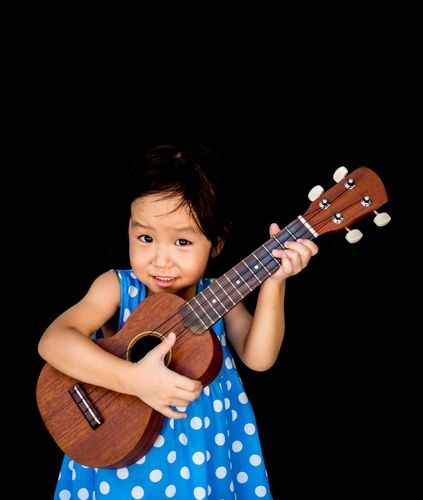 Operated in a similar way to most stringed instruments, the uke’s nylon strings are much easier to hold and press down compared to guitars and basses. In particular, children and even some adults struggle to learn how to play acoustic and electric guitars because it can take weeks or even a month or two to develop protective calluses on fingers, which are needed to press down strings and generate sound without pain.

But learning how to press the strings down on the ukulele is a completely simple and painless process. It can take weeks of lessons before guitar students learn how to arrange their fingers to create chord shapes, but many young students are able to play chords on the uke after one 30-minute lesson. If you want an easy introduction to the world of music for you or your child, playing ukulele is a phenomenal place to get started.

Reason #4: Even the best ukuleles are relatively inexpensive

If you’re interested in learning how to play the guitar or piano, you’ll have to make a sizable investment in order to make it happen. Guitars don’t really get good until you hit the $400-$500 range, and then there’s the cost of an amplifier and cables if you decide to go with an electric. There’s plenty of cheap or even free pianos advertised on websites like Craigslist, but moving, tuning and storing pianos can be a costly headache. And going with an electric keyboard can cost you anywhere from $500-$3,000 depending on what kind of a model you get.

Great ukuleles, however, will only run you anywhere from $75-$300. And there’s plenty of decent options out there for around $50. Why are ukes so cheap? An average ukulele is about 1/8th the size of an average guitar. This means that there’s less materials and workload involved on the part of instrument makers. Ukes are a great inexpensive investment if you’re looking for an instrument to experiment with to see if you or your kids have any interest in music.

But we should note here that all ukes are not created equally. If you purchase a $20 ukulele over the internet, you’re most like wasting your money on an instrument that can’t stay in tune and therefore won’t be able to be played. If you’re interested in playing ukulele, do your research and be prepared to spend at least $50. Read as much online as you can and make sure to watch out for fake and paid reviews. 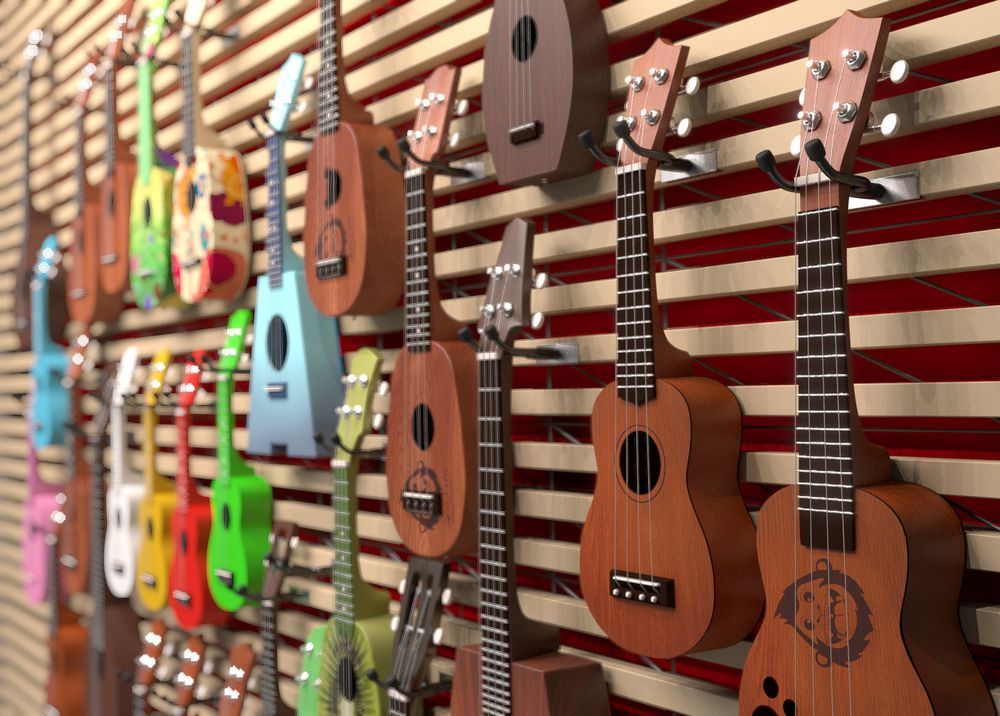 Reason #5: Ukes can be a phenomenal primer for other stringed instruments

Want you or your child to learn how to play the guitar, bass or violin? Then starting with playing ukulele is a great option. Like we mentioned before, the uke is operated in a similar way to most other stringed instruments. Press one of the uke’s strings down and you’ll get a note. Press down and strum multiple notes at the same time and you’ll get a chord. Most stringed instruments work in the same exact way, except that the uke can be played much easier for beginners than other instruments.

The uke is a great instrument to pick up if you’re interested in the guitar but aren’t sure if you’re ready to make the financial and time investment yet. All of the skills you develop while playing ukulele can be directly transferred to the guitar, and many of the chord shapes you master on the uke will show up later on the guitar but with different chord names.

This isn’t at all to say that the uke is a poor man’s guitar. It’s an incredibly versatile instrument that’s able to stand completely on its own. So if you do decide to learn how to play the guitar after you’ve experimented with the uke for a bit, you’ll be able to have access to two incredible instruments.

Reason #6: Most uke chord shapes are easy to play and memorize

Most of the uke’s chord shapes are a breeze to play and not difficult to memorize because the uke only has four strings. Chord shapes that are played with three or four fingers on the guitar are often played with just one finger on the uke.

Here’s a C major chord shape on the guitar and ukulele: 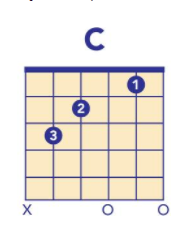 Here’s all the ukulele chords in the key of C major, a key that thousands of songs are written in: 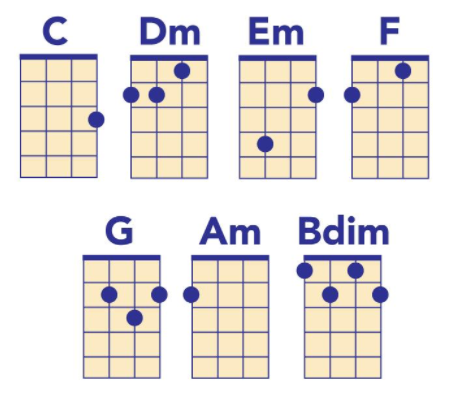 Guitars, pianos and synthesizers are great instruments, but they’re almost a little too commonly found in popular music. But the sound of a ukulele is interesting and relatively new to the pop music soundscape. If you’ve been writing or performing music for years and are looking to add something completely new to what you do, playing ukulele is a great way to shake things up.

In addition to being wildly easy to pick up, the ukulele has a wonderful way of making complicated music sound simple. It brings out vulnerability in a performer because there’s no sound effects or virtuosic solos to hide behind. Playing a song or two on stage with the uke might be just the thing to bring out emotion and feeling in your performance.

Reason #8: Ukes are great for songwriting

There’s far less playing and writing options on the ukulele compared to other instruments. This sounds like a bad thing, but it’s actually not. In music and any other artform, being confronted with a limitless set of creative options can often be detrimental. Boundaries and limitations are often a good thing because it can give creatives vital direction with it comes to how to approach things and where to take an idea.

Everything from chord shapes to strumming patterns are simplified on the ukulele, which means that songwriters have to take a barebones approach to writing on the instrument. And in a world of increasingly complicated technology built for songwriters, the uke should be a welcome alternative for songwriters.

There’s also a musical urgency that can be conveyed with the uke that’s harder to find with playing other instruments. The uke is so simple that you could write a song in the morning and perform it on stage the same day later that night. The uke’s limited playing options are one of its greatest strengths as an instrument, and songwriters stand to gain a lot if they spend just a little time with it.

It’s hard to imagine someone being pretentious while playing ukulele. It probably happens from time to time, but not nearly as much as other instruments like the violin or piano. The major reason for this is because the instrument is so danged easy to learn. It’s an instrument literally meant for everyone, so it’s not really something anyone can be a snob about.

There’s something almost Zen about the uke because it’s owned by everyone but also nobody at all. You might get excited about how well you can play it, but there’s probably children in your city who are able to play just as well as you if not better. In this way, the uke is completely more approachable and laid-back than other instruments, and these are qualities desperately needed in music.

Playing ukulele is just good old fashioned fun, and there’s not enough of that in the world these days. If you’re looking for a low-pressure, inexpensive, healthy and fast way to unwind, then the ukulele is for you. You could learn how to play your favorite songs or try writing your own music  after spending a short amount of time memorizing chords and getting acquainted with the instrument.

And a ukulele will take up barely and physical or intellectual space in your life, so they’re perfect for folks embracing a minimalist lifestyle. Research shows that people of every age and background greatly benefit from having fun, stress-free activities in their lives, and the uke can provide countless hours of enjoyment whether you’re a serious musician or complete novice. Convinced yet? 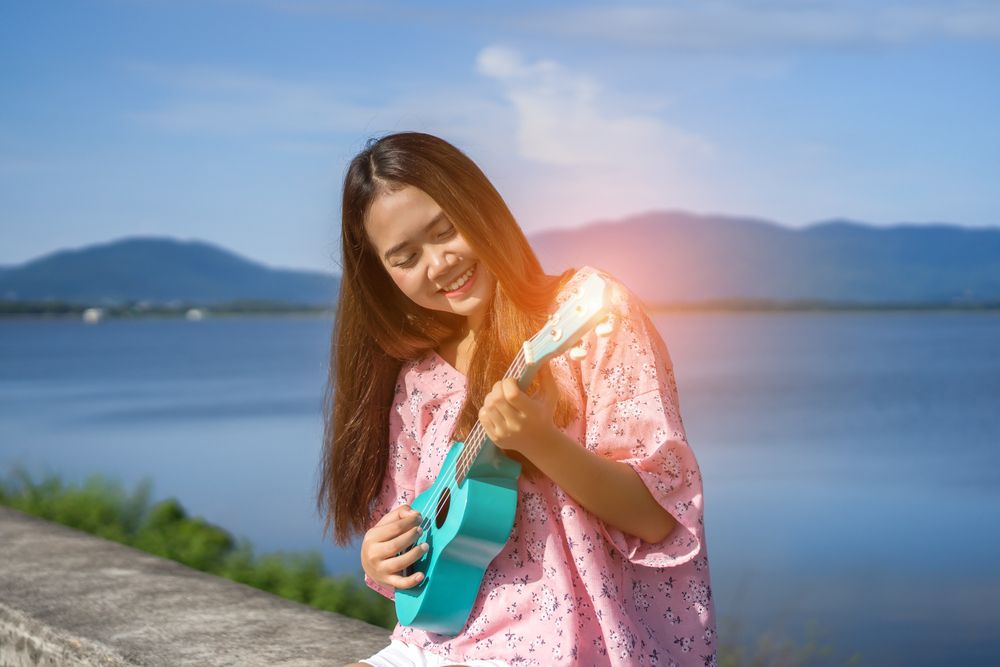 Playing ukulele is typically easy for most people, but to get a real grasp on this incredible instrument, we recommend finding an experienced teacher in your area to work with. The right uke teacher can apply what you learn on this instrument to music theory, which will give you a better understanding of all music. For more helpful articles about the world of music, check out what else we’ve got posted on the Musika Lessons blog.

1 thought on “10 Reasons Why Everyone Should Be Playing Ukulele”