The piano is the world’s most popular instrument for some good reasons. It’s incredibly dynamic, features an astounding range, and is quite an easy instrument to learn compared to string and 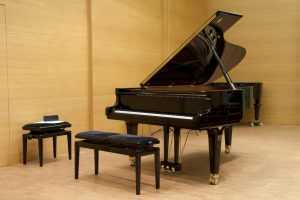 wind instruments. Practicing correct piano technique is paramount for any musician wanting to master this phenomenal instrument, so today we’re going to walk you through some ways to help bring your technique on the piano to the next level. This information will be helpful to those who are new to the piano as well as seasoned musicians in need of a reminder for good playing practices.

Implementing good piano technique is vital early on in a pianist’s training because bad habits are likely to be formed in its absence. A popular misconception is that only a certain kind of person can really play the piano well. Only super-musical people with long fingers can learn how to play the piano, right? Wrong. The piano is literally built to be played by common people with average-sized hands. If you have enough dexterity to do normal things like make a fist and tap your fingers on the counter, then you have enough hand strength and dexterity to play the piano.

How Piano Technique Was Developed

Piano technique began developing long before the piano’s invention in 1700. This is because the piano is basically a new and improved version of a very similar instrument called the harpsichord, and many of the same posture and hand positions from that instrument apply to the piano. There are detailed chronicles of how the composer Bach and his sons approached playing the piano, and his ideas and methods have been widely circulated. The piano website Pianotechnique.com recently profiled the famous composer Bach’s son, Carl Philip Emmanual Bach and some of his playing techniques for piano and organ. These are three of the rules the site chronicles: 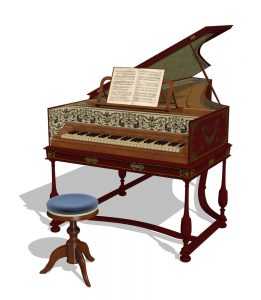 “(1) That no finger must fall upon its key, or (as also often happens) be thrown on it, but only needs to be placed upon it with a certain consciousness of the internal power and com­mand over the motion.

(2) The impulse thus given to the keys, or the quantity of pressure, must be maintained in equal strength, and that in such a manner that the finger be not raised perpendicularly from the key, but that it glide off the forepart of the key, by gradually drawing back the tip of the finger towards the palm of the hand.

(3) In the transition from one key to another, this gliding off causes the quantity of force or pressure with which the first tone has been kept up to be transferred with the greatest rapidity to the next finger, so that the two tones are neither disjoined from each other nor blended together. The touch is, therefore neither too long nor too short, but just what it ought to be.”

As the piano developed in the 1700’s, so did piano technique and playing styles. Bach’s rule of playing in a way so that the notes are “neither disjoined from each other nor blended together” was quickly broken and transformed into simple dynamic markings known as staccato—which is when the notes are played in short, disconnected stabs— and legato—when notes are played together in a connected fashion that requires the musician to keep multiple fingers down on the piano keys at the same time. 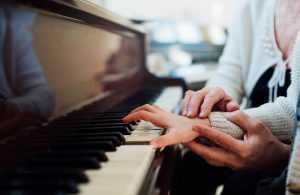 Modern piano technique is informed by a combination of science and over three centuries of piano pedagogy informed by tens of thousands of musicians from around the world. An experienced, knowledgeable piano teacher will convey the huge benefits and importance of playing piano in the correct way to their students. It’s important to point out that while there is no “correct” way to play the piano as far as taste and styles go, there is only one correct way to approach piano technique. Correct technique not only helps pianists play their instruments correctly, it also helps stave off health problems caused by practicing and playing. Bad piano technique can cause health problems such as hand and wrist pain, numbness and weakness in fingers and arms, poor blood circulation, cold hands, and sore shoulders and/or neck. Musicians often sacrifice their bodies by playing in an incorrect way, and this is foolish. A smart technique and approach to playing the piano won’t leave your arms, shoulders, neck, and hands in pain. Playing the piano in a smart way can keep your body healthy and able to play for decades. 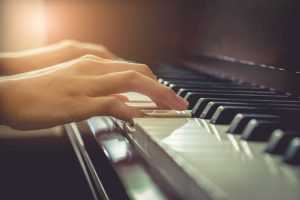 The first and most important piece of playing technique piano teachers should teach their students is hand position. Young students often struggle with hand position because they might not have had the chance to develop motor skills, hand strength, and flexibility. Hand position is vital in piano, and without it, a student won’t be able to progress as a musician and realize their full potential. For students younger than seven years old, having them play a few notes with the “okay” gesture with both hands is a good way of introducing correct hand position. A good hand position is when both hands are palms down, relaxed and resting slightly above the keyboard. The wrists should be relaxed and straight. The fingers should be slightly extended but also relaxed. The power it takes to press down the piano keys comes from the hand itself, not the individual fingers. It’s important for students to keep this in mind when they attempt to learn scales and pieces of music. The hands should land somewhere between the white keys and accidentals so that the fingers can reach both sets of keys. Some students intuitively favor one hand or finger over another, but good piano technique demands ambidexterity and an even amount of power, flexibility, and strength within the fingers. 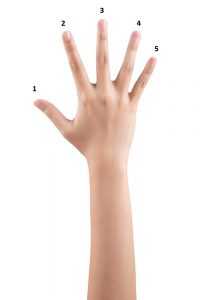 power. The right and left hand fingers are numbered in piano sheet music: 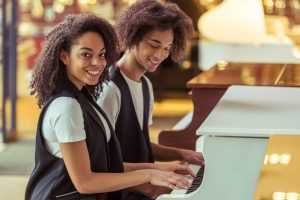 Before a student sits down to play, they should set up their piano bench in a way that suits their height and build. Proper posture is important because it sets up the arms to be positioned in a straight and relaxed way. Sitting up straight but in a relaxed manner up at the front of the bench will give students the best position for playing. Don’t be afraid to set aside some time to get the height at the bench exactly right before playing because posture at the piano is important. We all know the stereotype of the stuffy piano teacher who scolds her students for slouching, but maintaining good posture will help your playing and save yourself from back and neck pain. 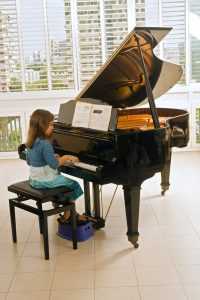 The first few things a piano student will learn depends on their age and background. Older students and adults can most likely jump into material like scales, fingering exercises, and simple pieces of music, but younger students will need to master the physical demands it takes to play. It’s a good idea to make playing the piano as fun as possible for younger students, and doing things like improvising together playing all white or all black keys is a great way to do that. There are some great piano books geared toward young students that are filled with colorful cartoons and exercises aimed at promoting piano technique.

Piano Lesson Plans: What to Expect and How to Prepare

How To Practice Piano with Correct Technique

The Importance of Creativity in Piano Lessons

2 thoughts on “Piano Technique: The Importance of Good Playing Habits”