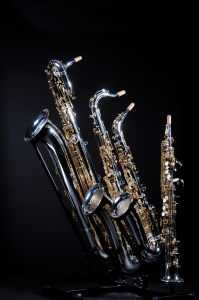 Personally, alto saxophone is my main instrument, but I own an alto sax, a soprano sax, a tenor sax, a clarinet, a flute, an EWI, and a C-Melody saxophone, and I play them all pretty regularly.

The Four Most Common Types of Saxophones

There are several types of saxophones. Since its original development and subsequent production, there have been numerous changes made to the saxophone. Because of this, many saxophones have been phased out or have become obsolete.

All saxophones have the same fingerings, so it’s easy to switch between them.

The four most common saxophones are the soprano sax, the alto sax, the tenor sax, and the baritone sax. By “most common”, I mean that they are utilized the most in contemporary music.

The soprano sax is a Bb instrument. It is the smallest of the four main saxophones. It can   be either straight or curved. The soprano is known as the hardest saxophone to play. Some well-known soprano saxophone players include: John Coltrane, Wayne Shorter, Sidney Bichet, and Kenny G. 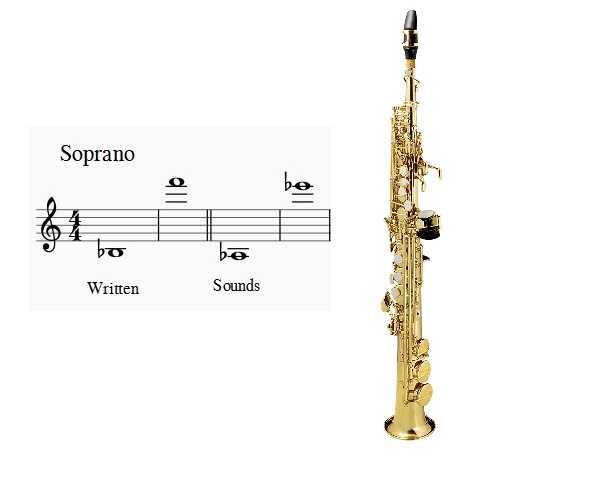 The alto sax is an Eb instrument. The alto and tenor are the two most common saxophones. Some well-known alto saxophone players include: Charlie Parker, Cannonball Adderley, Kenny Garrett, Phil Woods, David Sanborn, and Maceo Parker. 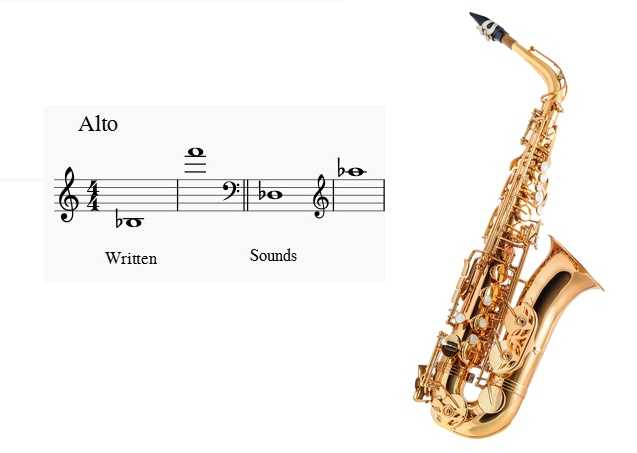 The tenor sax is a Bb instrument. It’s the most popular of the saxophones. You’ll hear it the most out of all of the saxophones on records ranging from jazz to pop. Some well-known tenor saxophone players include: John Coltrane, Sonny Rollins, Michael Brecker, and Clarence Clemmons. 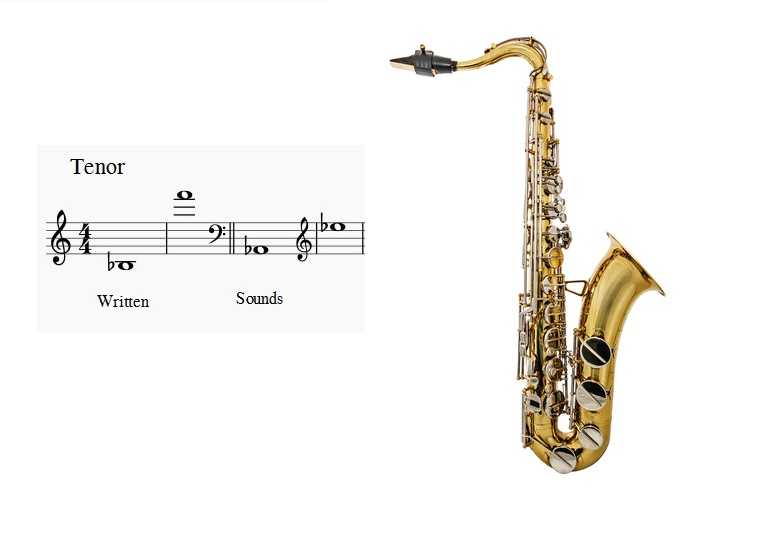 The bari sax is the largest of the four main saxophones. It’s an Eb instrument. It has some cool applications in jazz and funk music. Some well-known bari players include: Gerry Mulligan, Pepper Adams, and Gary Smulyan. 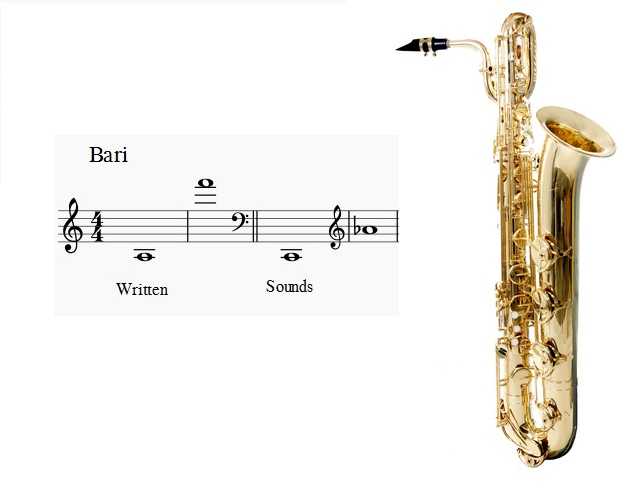 The ranges I’ve written out are approximate. It’s common for a bari sax to have a low A, although some are only pitched down to low Bb.  Some altos have low As, but it’s not very common. Most altos, as well as tenors and sopranos, are pitched down to low Bb. The upper register of the saxophone is virtually limitless with altissimo.

Other Types of Saxophones

In addition to the main four types of saxophones, there are several other kinds. They are not as common, though. It is rare that you will hear one of these kinds of saxophones in popular music.

These saxophones are other variants of Bb and Eb transposing saxophones. I’ve written them in order of size, from smallest to largest. The sopranissimo saxophone is only about a foot long, while  the subcontrabass saxophone can be seven to nine feet tall. These saxophones are very expensive and not practical. Very few people play or collect these.

The C-Melody saxophone was marketed in the mid-1910s to 1920s as a non-transposing instrument. You could look over the shoulder of a piano player and play along without having to transpose. Its popularity faded fairly quickly. Today, there are some new C-Melody saxophones being produced, but it’s not a practical instrument to own. You can get one from the 1920s for a good price if you want to own one for the novelty.

Wind synthesizers started to become popular in the 1970s. It was a response to the popularity of synthesizers. The Akai EWI was developed in the 1980s and is the most popular wind synth, although others do exist (Yamaha WX). EWI stands for “Electronic Wind Instrument”. It’s not technically a saxophone, although it’s not very difficult for a saxophone player to learn. Some notable players include: Michael Brecker and Bob Mintzer.

Each saxophone has its applications. In a traditional jazz big band, there are usually five saxophones: two altos, two tenors, and one baritone. Soprano is sometimes used as a double (in addition to flute, clarinet, bass clarinet, etc.). Since the instrument is relatively new, there isn’t a ton of classical repertoire for the saxophone. However, there are still plenty of twentieth century works for the saxophone, including solos, concertos, sonatas, etudes, etc.

The saxophone is also used as an ensemble instrument in concert bands, symphonic bands, marching bands, and occasionally orchestras. The saxophone has gone through phases in pop and rock music since the 1950s. It’s made appearances as a solo instrument in recordings by Steely Dan, Billy Joel, The Rolling Stones, George Michael, Sade, Bruce Springsteen, and many, many more. Recently, it’s made appearances on recordings by Lady Gaga, Katy Perry, Ariana Grande, Macklemore, Jason Derulo, and Fifth Harmony, to name a few. The saxophone is also frequently used in funk, soul, R&B, electronic music, etc. 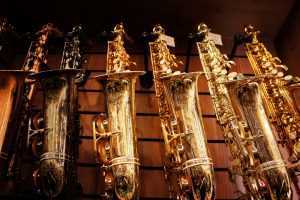 There are many types of saxophones in existence. Each one has its own qualities. There are four main types used in contemporary music. The more you become familiar with each saxophone, the more you’ll become aware of each of their unique tonal qualities. Soon you’ll be able to identify each type of saxophone from hearing recordings. For starters, though, you’ll at least be able to identify each one by how it looks. Many times at gigs, I’ve had people come up to me and misidentify the saxophone I’m playing (they’ll call my alto a tenor, or my tenor a baritone). If you’re brand new to the saxophone, I recommend beginning with an alto or tenor.

4 thoughts on “Types of Saxophones”