How To Read Guitar Tabs

How To Read Guitar Tabs

Learning how to play the guitar comes with its fair share of challenges. Everything from figuring out how to press your fingers down on the strings hard enough to produce a tones to memorizing the dozens of chord shapes needed to know how to play popular songs can be a huge undertaking for musicians of any age. Add learning how to read music for the first time into the mix and you’ve got a huge challenge on your hands. This is where figuring out how to read guitar tabs comes in handy. Tabs are a great way of explaining chords, scales and riffs on the guitar without using musical notation. We’re going to step you through how to read guitar tabs, but first we’ll tell you a little bit about what they are and where they came from before we get started. 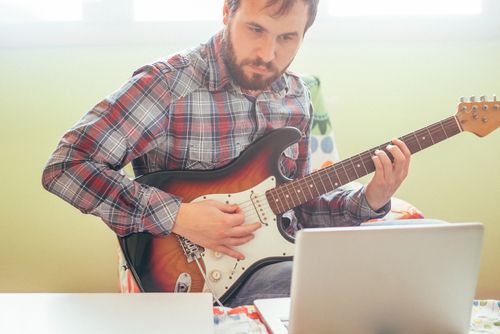 Tabs, which is short for tablature, is a basic system of musical notation that’s centered around finger positions rather than individual notes. We’re focusing on how to read guitar tabs in this article, but tabs are also used for other instruments like the organ, lute and harmonica. Tabs are frequently used in modern music by rock, pop, folk, bluegrass and blues musicians.

Tablature’s origins dates all the way back to the 1300’s when it was first used as music notation for the organ. It was commonly seen back in the Baroque musical era and has evolved alongside common musical notation over the centuries. Today, for better or worse, more guitarists know how to read guitar tabs than actual musical notation.

Don’t confuse guitar tablature with music notation. Learning how to read guitar tabs will show you where certain scales, chords and riffs are located on the guitar, but that leaves out a ton of vital information needed to know how to play complex and even basic material. Modern musical notation gives guitarists every instruction they need to know how to play everything from simple pop songs down to complex pieces of music that can shift tempos, time signatures and keys within a short period of time. Tabs are great for showing guitarists how to play basic shapes and melodies, but they don’t tell a musician how to play something in rhythm. In short, tabs are a great tool for some things, but they can only get you so far with your musicianship.

If you want to become a well-rounded guitarist, you should do your best to learn both forms of notation, but if you had to pick one it should absolutely be modern musical notation. Guitar tabs are a great tool for guitarists, but they only give you half of what you’ll need to be able to fully understand and accurately play music. If you’re purely interested in learning how to play basic popular music, you probably won’t have to worry about learning how to read music, but if you’re at all interested in getting to the bottom of how music works, then it’s something you’ll have to do eventually.

What guitar tabs are used for 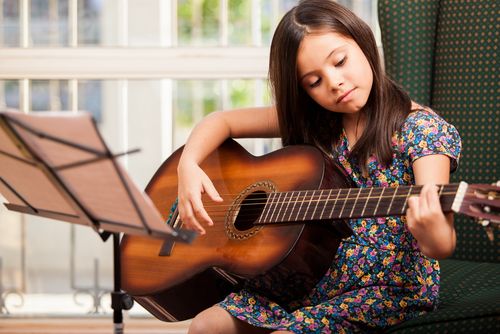 In 2017, guitar tablature is incredibly popular. Though it’s frequently used as a teaching tool in guitar lessons, its biggest home if found on user-submitted music sites on the internet where musicians of every age, background and experience can contribute tabs teaching popular guitar songs. Like in other areas of the internet, a large problem with guitar tabs is that they’re often wrong because literally anyone can create them. But communities of guitarists usually do their best to vote the more accurate tabs to the top of search rankings.

Guitarists also use tablature as a way to communicate their ideas to other musicians. Tabs are a great time saver for communicating simple ideas compared to using the complex system of music notation to convey simple riffs, chords and melodies.

At its most basic level, guitar tablature is a system of musical notation comprised of lines and numbers. Lines represent the guitar’s strings and the numbers represent which frets are played. A “0” means that the string it’s on is to be played open. The line at the bottom represents the guitar’s sixth and lowest string, and the one the top represents its first and highest string.

Like musical notation, guitar tablature is a system that’s constantly evolving, so there’s constantly new user-invented ways of describing musical instruction cropping up, but the line and number system is the foundation of guitar tabs. It’s always been like this, but the internet spreads these innovations quicker than ever before.

Guitar tabs for scales and individual lines of melody

Scales and individual notes on the guitar are represented on guitar tabs with single numbers on one or more lines. This could be represent anything from long, intricate lines of melody to short repetitive riffs. Here’s an example of a simple C major scale tabbed out for guitar:

To play this scale, you’ll follow the number (fret) and string (line) instructions. Reading from left to right in the same way you read text, pick or pluck each of the individual notes you see on the tabs.

In music theory, a chord is defined as two or more notes that are played simultaneously. Chords are represented in guitar tabs by numbers that are stacked on top of each other. Reading guitar chords with tabs can be downright difficult if you’re reading chords that are played on five or six strings. If you’ve got an extended chord vocabulary, memorizing a song’s unique chord progressions will be much easier than attempting to read each individual chord through tabs. But if you’re playing a more complex piece of music, like “Stairway To Heaven” for example, you’ll have to learn by reading through all the tabs because the song is built off of a sophisticated pattern of individual lines of melody that blend and build into full chords.

The tabs below are an instruction for how to play a simple E minor chord. From the bottom, the sixth string is played open, the fifth and fourth strings are pressed down on the second fret and the rest of the strings above are played open. Numbers like these that are stacked on top of each other are an instruction to play the notes represented in one fluid motion (a strum). If the tabs indicate that a guitar chord is supposed to be arpeggiated then the tabs will include numbers move sequentially are not stacked on top of each other.

Chord charts are an easy way to learn how to play your favorite songs on guitar––that’s assuming that your favorite songs are pretty simple––but they require you to have a broad chord vocabulary. This means that to be able to read and understand chord charts, you need to have already memorized many different chords. While reading chords with guitar tabs can often be confusing, they do give readers exact instructions on how to play different chords.

Common symbols found in guitar tabs for riffs and solos

Tabs are a great way to teach, learn and communicate how to play guitar solos and riffs. Tabs don’t have a good way to communicate rhythm, but guitarists have come up with dozens of symbols to serve as instructions for things like palm muting, tapping and hammer-on’s. Again, guitar tablature isn’t a standardized system like music notation is, so there are plenty of variations within tabs, but here’s a list of common symbols found in tabs: 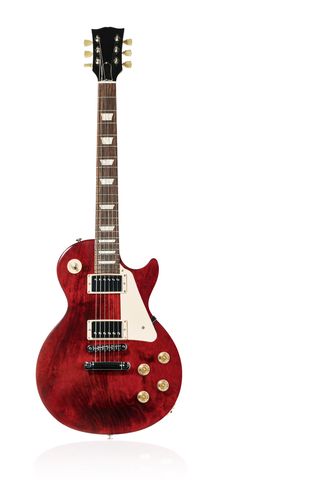 Guitarists rely on symbols like these to communicate the more nuanced details that are often found in riffs and solos. They’re usually placed above or next to the affected sections of music. Here’s the guitar tab for iconic riff found in the intro of “Across The Universe.” The two unique symbols found in this riff are instructions to slide notes and mute strings.

If you’re new to playing guitar, you should make it a goal to get familiar with not only learning how to read guitar tabs but also chord charts and music notation. Knowing all three of these methods will help you be prepared to tackle anything and everything when it comes to music on the guitar. If you need more help reading guitar tabs or learning the guitar in general, we recommend working with an experienced teacher in your area. A solid guitar teacher will know how to read and teach tabs, chord charts, music notation and much more. For more helpful articles about the world of music, check out the Musika Lessons blog.

1 thought on “How To Read Guitar Tabs”