Have you ever thought about playing saxophone in a rock band? Maybe you’re getting bored of playing in concert band or marching band or other school ensembles? Maybe you don’t want to have to learn a new instrument in order to join your guitar, bass, and drum playing friends who have decided to start a rock band? Not quite sure how the saxophone fits in to rock and pop music? Typically, pop music is associated with instruments such as guitar, bass, drums, keyboard, etc. However, the saxophone definitely has its place in pop music. In fact, in the past few years especially, the use of saxophone in pop music has been making a resurgence. 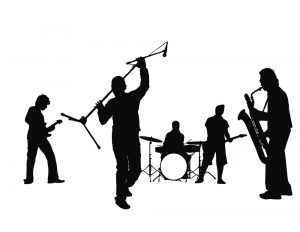 The saxophone was initially invented for use in military bands. It was meant to be a combination of a woodwind instrument and a brass instrument, combining projection with dexterity. Inventing such a versatile instrument led to versatile applications. Today, the saxophone has become an important part of almost every genre of popular music: jazz, funk, R&B, blues, reggae, ska, soul, rock, pop, etc.

Pop music is hard to define. There isn’t really an exact definition. When some people use the term “pop”, they are referring to all popular music; others refer to “pop” as a specific genre under the “popular music” heading. For the purposes of this article, I’ll use the term “pop” to denote music that made it to the Billboard charts. Billboard started charting music popularity statistics around the time rock and other similar genres of music were being established and popularized in the 1940s and 1950s. 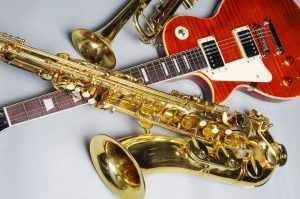 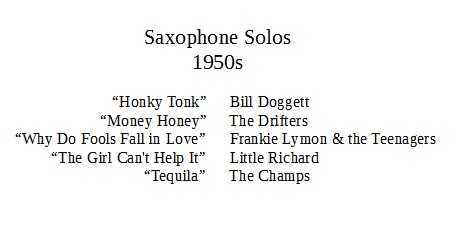 Pop music in the 1950s took a lot of its early influence from jazz. In a way, rock and roll is a simplified version of jazz, at least harmonically. It consists of a lot of blues-based progressions, or progressions using I, IV, V, and the occasional vi chord. Because of the similarities, the saxophone had no trouble fitting right in.

The saxophone had a harsher quality in this new music. Saxophone players used techniques such as “growling” and “flutter tonguing” to get a more distorted sound, fitting right in with the relatively new electric instruments.

Pop music of the 1960s saw some continuing trends from the 1950s. The 1960s took 1950s rock and roll and built substantially upon it. Rock and roll developed into several sub-genres of rock.

Motown was important to establishing the role of the saxophone in pop music. The Motown record label had several number one hits in the 1960s. Groups such as the Temptations, the Supremes, the Four Tops, and many more featured horn sections as part of the band, as well as saxophone solos.

Other very well-known bands and artists of the 1960s, such as the Beatles, Elvis Presley, and Aretha Franklin featured the saxophone as both an ensemble and solo instrument as well. 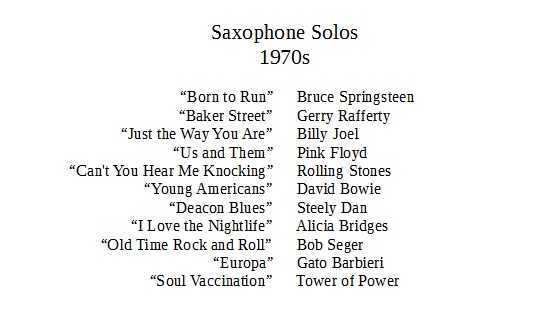 The 1970s further developed the horn section in pop music. The horn section was an important feature of 1960s music, but the 1970s brought the horn section more to the forefront. Just listen to the mix on any 1960s track versus any 1970s track. Musicians and bands as diverse as Stevie Wonder, Earth Wind & Fire, Chicago, the Bee Gees, and many more achieved that sound that is now synonymous with the 70s by utilizing full horn sections (3-5 horns). Bands like Tower of Power had even bigger horn sections.

In addition to being an ensemble instrument, the saxophone was featured as a solo instrument on many recordings throughout the 1970s. Perhaps one of the most well-known saxophone solos of all time was Phil Woods’s solo from Billy Joel’s 1977 recording “Just the Way You Are”. Clarence Clemons was a permanent fixture in Bruce Springsteen and the E Street Band. 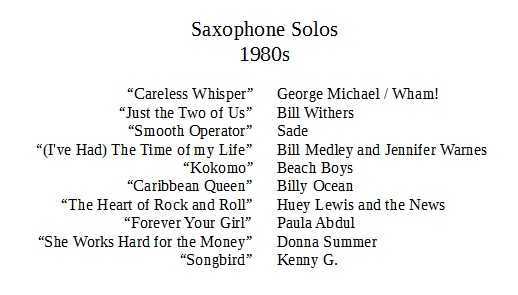 Pop music of the 1980s has many associations: new wave, glam metal, hip hop, synth pop, etc. The 1980s were also the golden age for using the saxophone in pop music as a solo instrument. Many bands used the saxophone to add solos to their tracks.

Having a saxophone solo was almost kind of a fad in the 1980s. Many one-hit wonders featured a saxophone solo. Effects such as reverb were added to saxophone solos post-production. In addition, popular bands and artists such as Kool and the Gang and Michael Jackson featured horn sections.

With both synthesizers as well as the rise of hip hop, sampling became popular. You can hear the saxophone being sampled on the Beastie Boys’ “Brass Monkey”.

Whitney Houston’s “I Will Always Love You” is one of the most well-known saxophone solos of all time. Unfortunately, other than that, I don’t really know of any saxophone solos from the 1990s.

Popular styles of the 1990s, such as grunge, hip hop, alternative rock, electronic, country, metal, etc. didn’t really have a place for saxophone. There was still some saxophone present in 90s music in ska and ska punk bands. Reel Big Fish, Sublime, and No Doubt had horn sections. But, these bands weren’t really at the forefront of pop music.

Pop music in the early 2000s continued a trend from the late 90s of teen pop. Artists like Britney Spears, Christina Aguilera, Backstreet Boys, and Nsync ruled the pop music scene. Pop punk, rap, and electronic were other popular genres. None of these featured the saxophone.

There were a couple of exceptions to the norm. LeRoi Moore was a fixed member of the Dave Matthews Band and heavily featured on many tracks. Also, Amy Winehouse featured horn sections in her music. Her style was a throwback to the Motown era.

The 2010s saw a strong comeback for the saxophone in pop music, thanks to Lady Gaga and Katy Perry. Lady Gaga’s “The Edge of Glory” features Clarence Clemons from the E Street Band and Katy Perry’s “Last Friday Night (T.G.I.F.) features Lenny Pickett from Tower of Power.

The saxophone in pop music today is used as a throwback; a kind of nostalgia. It’s also sampled on many tracks. There are also new effects being added to the saxophone, such as auto-tune. Listen to Katy Perry’s “Last Friday Night (T.G.I.F.)”. That solo is heavily produced.

Throughout modern music history, the saxophone has been and continues to be one of the most versatile instruments, with a multitude of applications. A well-educated saxophone player will never be bored, being able to play jazz, classical, rock, pop, reggae, ska, gospel, hip hop, soul, etc. As shown in this article, the saxophone’s role in pop music alone is substantial.

Today, the saxophone is an essential part of any Top 40 band. If you want to cover popular music from the 50s to today, you need a saxophone player. 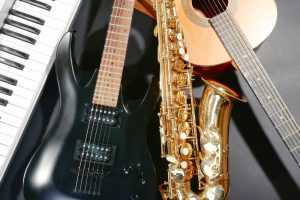 Moving forward, I believe the saxophone will continue to adapt. The relatively recent comeback of older styles that include horn sections as well as new effects being added to the saxophone in post-production shows promise for the saxophone remaining an important fixture of music at the forefront.

In a recent poll, the saxophone came in second as being the most attractive instrument, right after the guitar. It lost by one percentage point. The saxophone is viewed favorably by the masses and isn’t going anywhere. If you want to start a band with your friends, now’s a good time.