The story of Haydn’s trumpet concerto and how it has been played since. 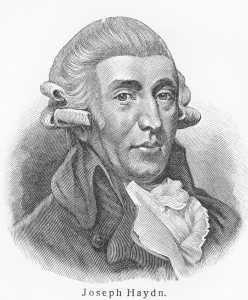 Not every trumpet concerto stands the test of time, and even fewer find their way into popular culture. The Haydn Trumpet Concerto has accomplished both.

It has been featured on the Late Show with Jay Leno and in Mark Wahlberg’s The Big Hit, but Haydn would hardly care about the pop culture references even if he were alive to see it happen. What the masterful composer would probably care about is the fact that his concerto has been performed by virtually every great trumpeter since 1800, and it has been loved and adored by millions of musicians and listeners ever since.

Before the turn of the 19th Century, there were only a handful of esteemed trumpet solos in the repertoire. Due to Haydn’s innovation—and some remarkable advances in trumpet engineering—that all changed when Haydn wrote the Concerto in E Flat.

Haydn’s Life Prior to the Concerto

Haydn was born in Austria in 1732. His full name was Franz Joseph Haydn, but modern music students are really the only people who use the name “Franz”—he didn’t go by that name. Haydn apparently inherited his enormous musical talent from parents who knew nothing about music; his father made wheels (referred to as a “wheelwright”), and his mother worked as a cook for wealthy families in the area.

The young Haydn began musical studies with a cousin when he was six years old, and his apparent aptitude for instruments, singing, and all things musical drew the attention of the musical director at St. Stephen’s Cathedral, the foremost cathedral in Austria. Thus, at the age of 8, Haydn left for Vienna, where he sang in the cathedral choir and participated in musical activities constantly.

Encyclopedia Britannica mentions Haydn’s disappointment in not receiving music theory training at St. Stephen’s, despite the constant musical activity. This disappointment was compounded when he became a teenager—his voice began to change.

What is often an exciting time for teenage boys turned into a bit of a nightmare for Haydn, since at the age of 17, he “was expelled from both the cathedral choir and the choir school” when his voiced changed. Necessity is the mother of invention, though, and Haydn’s desperation to make enough money to support himself led him to take odd musical jobs and continue teaching himself how to compose. His rough beginnings as a young composer and musician came to fruition in 1766, when he began directing musical activities in the Esterhazy court.

Haydn continued his duties for the Esterhazy estate until around 1790—a remarkable tenure working for the same noble. He didn’t take a break from the Esterhazy family until around 1790, when he left for London (his departure was due to the fact that the newest Esterhazy heir didn’t much care for music). He eventually returned to the Esterhazy estate and after a second trip to London, he finished his career in Vienna. It was in 1796, 13 years before his death, that the Haydn Trumpet Concerto came into being.

The Writing of the Haydn Trumpet Concerto

The turn of the century brought on some significant changes to the way trumpets were made—the trumpet was due for a makeover, if you will. Haydn was good friends with the German trumpet virtuoso Anton Weidinger, and Weidinger had been working on a brand new trumpet design for several years. Haydn wrote his trumpet concerto with the specific intent of “showing off” the capabilities of this groundbreaking trumpet design, says James Keller on the San Francisco Symphony website.

The Haydn Trumpet Concerto was written in 1796, but it wasn’t premiered until March 28, 1800—216 years ago today. The four-year delay before the premier likely occurred because Weidlinger needed more time to perfect his trumpet design, and the concerto showed off some cornerstone achievements of the new trumpet. Chromatics and major scales in the low register were just two advantages of the new trumpets. The piece ushered in a new future for the trumpet as a solo instrument with virtuosic capabilities. At any rate, the audience members in attendance at Vienna’s Royal Imperial Theater (the Burgtheater) on March 28, 1800 were shocked by the new capabilities of Weidinger’s trumpet.

Context: What Else Was Happening at the Time

As a point of reference, here are several other composers active around the time of the Haydn Trumpet Concerto in E Flat (by the time Haydn wrote the concerto, he was relatively old news!). Mozart had passed away about eight years prior to the trumpet concerto’s composition, and Boccherini was now an elderly composer. C.P.E. Bach (an important influence to Haydn’s music), J.C. Bach, and W.F. Bach had also passed away about 10 years before the concerto was written, but Beethoven was still alive and well—he didn’t even go deaf until close to 1800.

Also worth mentioning: France was enduring the throes of the French Revolution during this time, and the Reign of Terror was about to ensue.

Weidinger referred to his new invention as the “organisierte Trompete,” which came to be known as the “keyed trumpet.”

James Keller writes, “The tone of Weidinger’s keyed trumpet was far less penetrating than the brilliant sound of the Baroque trumpet, and its timbre was sometimes compared to that of a clarinet or oboe. It blended nicely within the orchestra, and it gained a devoted following among trumpeters for several decades, especially in Austria and Italy.”

Modern trumpet players use the E flat trumpet to play the Haydn Trumpet Concerto, since it most properly represents the timbre that Haydn had in mind when he wrote his concerto. Furthermore, the concerto was written in the key of E flat. For trumpet students unacquainted with the E flat trumpet, though, scores of the concerto in B flat are available (learning to play on the E flat is well worth the effort, though!).

The Haydn Trumpet Concerto is perhaps the most well-known and influential piece for trumpet since its composition, and virtually every major trumpet player has performed the work. Here are some recordings of modern virtuosos who have developed their own unique approach to the timeless work:

Few composers have offered music as visceral and exuberant as Haydn’s, and his influence touched the work of  masters like Mozart and Beethoven. Mozart had the following to say about Haydn: “He alone has the secret of making me smile and touching me to the bottom of my soul.” Chances are many other composers have felt the same way. 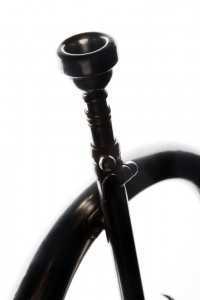 As deep as his contribution to composers has been, though, you simply can’t quantify the impact of his Trumpet Concerto in E Flat. Not only did it open the door to more great music for the trumpeters of the world, but it served as a herald (in the most literal sense of the word) for the new “keyed trumpet” that Weidinger had developed. Without a doubt, the last 216 years would have looked much different for trumpet players without the Haydn Trumpet Concerto.