Slap Bass- What It Is and How It Works

Slap Bass- What It Is and How It Works

If you’ve been a bassist for a while, you might feel a bit like the redheaded stepchild of your band, but you shouldn’t. Bassists fill two extremely important roles in bands: they provide all the low-end foundational sounds which chords and melodies rest on, and they help add support to the percussive elements of the band. This is common knowledge, but what often gets lost in the mix are all the incredibly intricate sounds the bass is capable of producing. The slap bass technique is one of the most impressive and virtuosic sounds not only in bass material but in all of pop and avant garde music. We’re going to show you how to play in the slap bass style, but first let’s talk a little bit about where it came from. 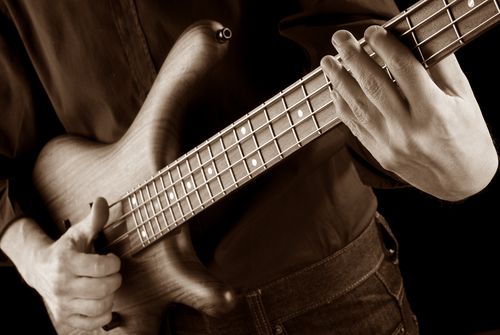 Though this is often debated amongst lofty bass aficionados and historians, the invention of the slap bass technique is typically credited to bassists Larry Graham and Louis Johnson. Both bassists developed their unique style in the funk genre, which is centered around catchy percussive grooves. Graham famously developed this revolutionary technique by imitating the sound of a drumset before his band found a drummer. Over 40 years later, the slap bass technique has become a mandatory skill for serious bassists, and it’s found in everything from rock and metal to jazz and art music.

What is the slap bass?

Slap bass is exactly what you think it is. By slapping the strings, bassists can get a distinct percussive sound they couldn’t have gotten by picking or plucking the strings. Also called “popping,” there are two ways to play the slapped bass technique: one is by slapping the string down with the bony ridge of your finger, and the other is to pluck the string so hard that it slaps against the body of the guitar to produce a smacking sound. This technique works for bass guitars as well as double bass instruments. The hard pulling of strings slap bass technique is frequently heard in the rockabilly and psychobilly genres.

There are a few different ways of notating slap bass, but the easiest one to read is the one that differentiates slapping from popping. In the two examples below, you’ll see T’s under some notes and some P’s under others. The T’s, which mean “thumbs,” are an instruction to use your thumb for slapping. The P’s are short for popping, and they’re an instruction to pull the notated string with a good amount of force.

This simple example is based off the G minor blues scale, but it can be applied to any bass material you come across. The bass’ lower third and fourth strings are typically slapped while its higher first and second strings are popped.

The slapped bass sound has exploded in recent decades, and we have bassists like Flea from the Red Hot Chili Peppers to thank. Other notable slap bass greats include Victor Wooten, Les Claypool and Nathan East. The slap bass technique proves that there’s always new and interesting territories to be discovered when it comes to conventional instruments.

If you’re having trouble mastering the slap bass technique, we recommend pairing up with an experienced bass teacher in your area. Working with the right bass teacher can give you the skills and confidence you’ll need to tackle everything on the bass. For more helpful articles about the world of music, check out what else we’ve got posted on the Musika Lessons blog!

How To Choose A Bass Teacher