I am at home in many venues, whether it is the concert hall, the intimate setting of the recital platform, or on the operatic stage. I have performed over one hundred different roles at the Metropolitan Opera and am heard often on the "Live from the Met" Sirius Saturday afternoon radio broadcasts, as well as televised performances from the stage of the opera house. I was one of the featured artists in the Met Centennial Gala, which was televised nationwide. I performed for twenty-two years at the Metropolitan Opera and for thirty-eight years as a leading concert and oratorio singer. Operatic venues I have performed in encompass the major opera companies across America and Europe. As a recitalist, I have toured to places such as Portugal, Spain, Italy, Greece, Yugoslavia, the Far East (Japan, Korea, Hong Kong), Australia, New Zealand, Holland, and Switzerland. I have been a featured soloist with the orchestras of Boston, Baltimore, Cincinnati, Detroit, Houston, Indianapolis, Louisville, Philadelphia, St Louis, and Utah. I have also performed with the American Symphony, Bach Aria Group, Musica Sacra, and the music festivals of Tanglewood, Basically Bach, Mostly Mozart, Ravinia, Saratoga, Madiera Bach, Mann Music Center (Philadelphia), Winter Park Bach Festival, Wolf Trap, Blossom Festival, and May Festival, Cincinnati. My recordings include Janacek's The Diary of One Who Disappeared, which won tremendous critical acclaim and was cited in Opera News as one of the "Best of the Year", in Newsweek as among "the season's best listening", in New York Magazine as a recommended CD release, in High Fidelity as one of the "Critics Choice Noteworthy Releases", and received high praise in The New York Times. I also recorded a series of Bach Cantatas for Vox Records, and Stravinsky's The Rake's Progress. During the 1976 Bicentennial celebrations, I was given a Proclamation and a Key to the City of my hometown of Detroit for outstanding contribution to the arts, and in 1990, received the Achievement in the Arts Award from Wayne State University, my alma mater.

I have been teaching in Westchester County, NY since 2003. My students range in age from 15 to mature students, and in all facets of music performance, from hobbyist to professional opera singers and musical theatre performers. I have a strong belief that a solid classical vocal foundation will serve anyone in any aspect of vocal performance that they wish to pursue. I have prepared many students for competition, college entrance, recital work, opera, musical theatre, and concert work around the globe.

My methods are tailored to each individual student. One size does not fit all in vocal training, and while the same foundational aspects are being taught, the implementation with which they are delivered is different for everyone. I always begin by focusing on teaching the breath and breath support and control as the solid base upon which to build your entire training, as this is used across the varied styles of music performance universally. Following that, depending on each student's capability and level of experience, we work on a lesson outline that will benefit them at every stage of their training.

My teaching style is relaxed and encouraging of every student. No student should be made to feel less than, regardless of what experience level they are bringing to the studio. Respectful interaction and gentle redirection has served me well when working with students, even when they become frustrated. It is important to reassure and encourage while also pointing the student towards the methods and exercises that will serve them to overcome any current obstacles they are facing vocally. This combination of encouragement with solid vocal technique produces a result that is gratifying for my students and gives them confidence and a sense of accomplishment. 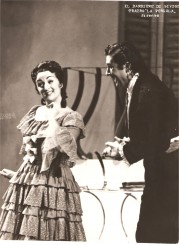 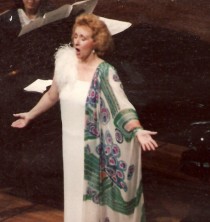 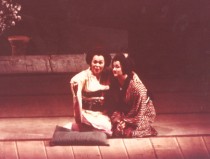