I am a highly-motivating guitar instructor, and am very passionate about what I do as both a teacher and professional musician. In 1999, I graduated from William Paterson University with a Bachelor of Arts degree in Music Studies, and in 1997 I also received a Guitar Performance Certificate from Berklee College of Music upon completion of their Summer Guitar Sessions program. Besides teaching my craft since 1997, I have also had the great pleasure of recording and touring with many major label artists including Lilian Garcia (Universal Records), Kenny Simmons of The Commodores (Motown), Aaron Kamin of The Calling (RCA Records), Julio Reyes (Sony Music Latin), and more. Many of my songs from my two solo albums I've released have been licensed/used in feature films, T.V., and more for National Geographic, AMC TV, ESPN Films, MTV, and more; and my music has been heard on both the radio and TV in over 35 countries.

I bring my vast experience as a seasoned professional musician and my 21+ years of teaching guitar, music theory, and ear training to bring my students some of the most motivating, well-rounded, custom-tailored, and effective music lessons they could ever find. I have taught all ages and abilities in many styles, including complete beginners to professional musicians and TV/film actors—some of which have gone on to sign major record deals and tour the world—yet I've also taught hundreds of hobbyists as well who have gone on to live very fulfilled musical lives.

I have been teaching guitar and music since 1997 while I was midway through my Bachelor's Degree program at William Paterson University. I have consistently taught all ages from 7 up through 70, as well as all abilities from absolute beginners and hobbyists, to advanced and even professional musicians and TV/Film actors. I first began teaching private lessons in the New Jersey and New York City metropolitan area at both my personal recording studio and other establishments for 11 years, and then since 2008, I have been teaching in Los Angeles at both my personal recording studio and other establishments as well. I also have served as a Music Director in various capacities at a premier Los Angeles private music school. My goal has always been to motivate my students by keeping it fun through using both custom-tailored stylistic choices that will inspire the student (keeping them engaged) and my personal method which has worked superbly for over 2 decades!

For all styles, I use a combination of my own method and materials focused on technique, songs/repertoire, and music theory (which I have been using and developing for over 2 decades) along with certain specialized guitar books for teaching music reading specifically on the instrument (i.e. "sight-reading"). My own methods include a gradual, organized, and thorough curriculum of the physical fretboard and notes, music theory, and various techniques, as well as custom-tailored song/repertoire choices. For music sight-reading on the guitar, for students of all styles (except Classical-exclusive), with my youngest students up through high school I use Mel Bay's "Modern Guitar Method Grade 1" & optionally Grade 2 (depending on the direction and progress of the student) before moving onto Hal Leonard's Musicians Institute "Music Reading For Guitar" book.

For adult students not studying Classical or Jazz, I make sight-reading of music optional, but I still make music theory mandatory for the student in order to provide a broad understanding of the music they learn, as well as provide knowledge on how to improvise their own guitar solos. For all students who wish to study Classical Guitar exclusively, I use Frederick Noad's "Solo Guitar Playing" method books for both music sight-reading and technique, combined with supplemental materials from my method for music theory. And for all intermediate and advanced students of any style, I offer optional ear training, which really opens up the student's ability to "see," "feel," and understand the music they learn much more deeply.

Finding what musical style or technique inspires my student is the highest priority. I ask this question when I first meet my students, and I continue to maintain a sense of what the student is inspired by through seeing what sparks passion in my student as my custom-tailored curriculum unfolds for them. I find it greatly rewarding when I can inspire my student to learn about a new style they never thought they would like or appreciate. I find this approach carries over into (and influences) all areas of what I teach my students. Also, I make sure that my lessons follow at the pace of the student and how they assimilate the material. It doesn't matter how fast or slow they are going. I will guide them through their guitar journey accordingly and appropriately. 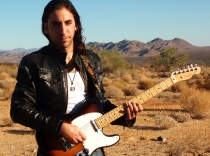 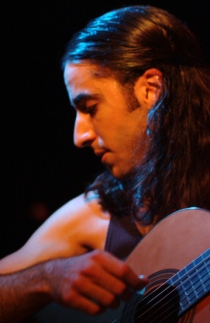 I can't say enough good things about Neil. If you don't choose him for your guitar teacher then you are missing out. Neil is not only an incredibly talented guitar player, he is highly educated and knowledgeable about anything guitar related. As a teacher, I would say, he is what I wish all my teachers were like throughout my education. Neil is a very kind person with the patience of a saint. He is very clear with his instruction and he teaches each student based on their own individual abilities. It's obvious he loves teaching and he genuinely cares about his students and their progress. Neil has been teaching guitar to my 13 yr old son for the past 4 years, who never played guitar before, and he has become a really good player and he can read both sheet music & guitar tablature. This is all due to Neil's full scope teaching approach. Neil has also been teaching me guitar for the same amount of time. I had guitar lessons back when I was my son's age but I never felt I learned anything and my teacher was not inspiring at all. I never continued playing but always wished I had. Neil is inspiring! Whether you're 5 or 50, Neil knows how to teach anyone at any age how to play the guitar based on their level of desire. He is also totally reliable and professional. My son & I are very sad to be losing our amazing guitar teacher but we understand and support his decision to move back to the east coast Our loss is definitely your gain!

Neil is the greatest guitarist and teacher I’ve ever met. He’s extremely patient and simply the best.

Neil is an exceptional guitar teacher (and player and performer)! He taught my son guitar lessons for years and was very knowledgeable and patient and, from what I can tell, really improved my son's skills. Neil was always extremely professional-- very reliable, easy to schedule appointments, always on time, and he exuded a calm, caring attitude. It's such a gift when someone with Neil's talent is open to sharing it by teaching others.

You can’t get a better guitar instructor than Neil. He’s fabulous, very patient, kind, and well trained in his field. My son was very happy with him for many years. f you can get a spot with him, take it! You won’t regret it.