ABOUT
Degrees / Training / Special Info:
other: streets of life
Awards:

James has been a professional musician composer since he was 15 years old. James plays electric guitar,acoustic guitar,classical guitar, bass guitar and keyboards.James has recorded and toured on Atlantic records with the late bassist Wayman Tisdale also has been on the same album as legendary bassist/composer/arranger Marcus Miller, Norman Brown,Layla Hathaway, Gerald Albright and has extensive experience sharing the stage on shows with artist such as Maze,Merian Meadows,Jonathan Butler. James also has opened up with his own band Sea of Glass for Spyra Gyra at the Greenwood Jazz Festival in Oklahoma. In 2007 James played on the Lords Prayer album with Vanessa Bell Armstrong, James Ingram, Sheila E, and many more other gospel, jazz r&b artists from 1994 to present. James says “I was raised on classical music from an early age, my mother sang opera and I started playing guitar at 12 years old. My first professional experience playing live was playing with Eric Clapton's drummer Jamie Oldecker at age 15 in a small club in Tulsa Oklahoma .James started playing guitar at age 12 after hearing Jimi Hendrix Electric Lady Land and never wanted to do anything else. James soon was playing Larry Carlton and The Crusaders note for note he studied jazz, R &B, funk fusion, metal ,pop, rock guitar and classical composition. James has been featured in Guitar Player magazine's spotlight column by Mike Varney who discovered Yngwie Malmsteen,Jason Becker and Paul Gilbert to name a few. Mike Varney saying of James “His guitar playing consist of high level passages and innovative guitar work reminds me of Yngwie Malmsteen to Al Dimeola and Bach” James started 2011 signed to Magna Carta records out of NY by Mike Varney with a much herald guitar God album of power prog classical metal virtuoso master piece, with catchy vocals and strong hooks like Kansas, Yes, and Dream Theater. His album “X Opus The Epiphany”, was reviewed by every major guitar mag around the World as a must have for all guitar fans, Truth in Shredding gave it 4 out of 5 stars along with many others. In 2012 James recorded James Williams Eclectic Shred another world release this time on his own lable Eclectic Records. It got reviews as the best instrumental guitar cd in decades compared to the classic recordings of Yes,Al Dimeola,Alan Holdsworth,and Rick Wakeman.Eclectic Shred is a record that embellishes the cd title incorporating jazz fusion, metal, classical compositions that are reminiscent of dramatic film scores.James also incorporated Middle Eastern and Bulgarian modes on Eclectic Shred. James says “One of my many musical goal's is to give back to people threw playing live and music teaching what God has given me threw music to inspire others to do the same” James has also been in music worship ministry for over 10 years, he has played for Day Star television and their prison ministry, James also have played on shows for TBN and has done extensive studio work for many Gospel Grammy winners threw out the world and recording projects around Dallas TX. James is a 29 year private music instructor teaching all ages and all styles of music in a personal one on one private lessons.

I currently teach out of my home studio and I have been a guitar teacher on electric guitar,acoustic and bass guitar for 29 years. I teach all styles, rock,blues,jazz,classical,funk,r and b,country and have taught all age groups from beginners to advanced. I also do guitar repair, complete setups,and custom guitar builds.I started teaching guitar because I want to share the gifts God has given me,and I enjoy sharing music both live performance and teaching.I try to make learning fun,easy, and eventually would like to see students ability to teach themselves.I create lessons based on an individual basis so people get to learn how to play the kind of music they enjoy best.

My methods are based off individual basis so that no matter if your a beginner or advanced you will learn how to play music you aspire to learn. My methods have been developed over 40 years of playing electric guitar,acoustic , and bass. With 29 years as a private music instructor teaching private one on one lessons to all ages from beginner to experienced for a personalized master class, which would include advanced recording and composition for rock,metal,jazz,funk,blues,pop, classical rock, prog rock,and jazz fusion methods.

I use the basic popular songs that would include most pop songs with easy chords to learn the shapes for quick memorization and playing enjoyment. Those chords like G -C-D-D minor- A - A minor- are relatively simple to learn and transition between. I make sure you know haw to properly position your hands on neck,and how to fret notes,read guitar tab which is a simple way to read music notes without having to read music. I like to use songs and melodies everyone knows that can help you play and learn faster on your guitar or bass. 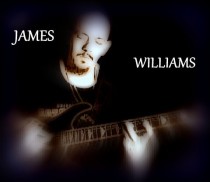 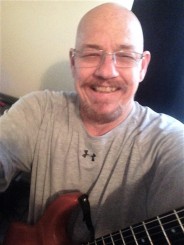 James is a good teacher, a good friend, and a good person. He is passionate about music and he will make sure that you learn the right way. He is also fun to play music with.